He decided to commit suicide; he got in the car, went on the freeway, and pressed the accelerator to the floor. As the car hit 120 mph, he heard a voice... 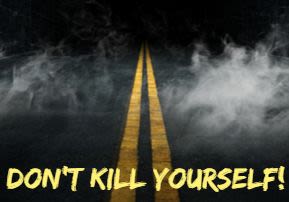 There was a large gathering of people, here in Israel, several years ago. Thousands of people came to participate and hear a panel of distinguished Rabbis speak.

The organizer of this event had the merit to drive Rabbi Dovid Chaim Stern shlita from Bnei Brak to the gathering. Rabbi Stern is one of the greatest Kabbalists and tzaddikim in our generation. On the way, in the car, the organizer of the event remarked to Rabbi Stern that there 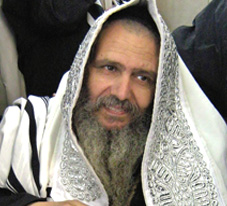 is someone who makes CDs named Shalom Arush.  He said, 'I simply cannot stand to hear that man's voice.'

Rabbi Stern looked the man squarely in the eyes and said: "You obviously don't know who you are speaking about. Rabbi Shalom Arush has achieved something than no human being has achieved since the creation of the world."

If you have any doubt about it – read this story:

There was a man living here in Israel. He was a non-religious Jew whose wife divorced him. The man was given a terrible judgment in court. He had to pay almost his whole salary to his ex-wife every month. As time went on, he became more and more depressed.  It was bad enough to lose his family, but to work like a dog for the rest of his life and have nothing for himself – that was too much to bear. He decided he would end his life.

On his way to the highway, he stopped at an intersection. One of Rabbi Arush's students came up to the car and handed him a CD. He gave the student a nice donation in return; what did he need money for now anyway? Then he threw the CD on the passenger seat.

He took his car out on the open highway. He put his foot all the way down on the accelerator in hopes that he would lose control and in this way, end his life at the side of the road.

Seconds away from disaster, his hand inexplicably reached for the CD. He had a sudden desire to listen to the CD, out of curiosity. He shoved the disk into the player and hit the button a few times. By now he was flying at 120 mph.

Instead of playing normally, the CD suddenly started skipping, as if it was broken. Suddenly it played Rabbi Arush screaming: "DON'T KILL YOURSELF!"

The CD kept skipping and playing the words over and over again. After a few minutes, he decided that this was too crazy to be ignored. He slowed his car down and pulled over. He then played the whole disk from beginning to end – it now suddenly played normally. Then he met Rabbi Arush and told him his story. He did teshuva (repentance) and has been a human flame for Hashem since that day.

We cannot imagine what we have in Rabbi Shalom Arush. We are so blessed!

This young man was saved simply in the merit of having one of Rabbi Arush's CDs there with him in his car – it saved him his life in this world as well as the next.

Hashem did so much to save this man's life through Rabbi Arush. Hashem planned that this young man would get the CD from a student at that intersection just in the nick of time. Hashem put into him the desire to listen to the CD, and then made the CD skip to exactly the words that he needed to hear at that moment.

Imagine that student when he gets to the Next World. He will be credited with saving this man's life AND all the mitzvot that he will do until he passes from this world. That student might not have ever met this man, or knows that he existed, or that he personally saved his life!

This is just one example of why "no charity touches the shoelaces of distributing emuna." Go get some CDs and booklets and give them out to people you know too! They are small and easy to always have a few on hand to give to people you meet during your day. You can also sponsor Breslev Israel to give them out on your behalf!

I am devoted to Rebbe Nachman's teachings and have been to Uman twice so far. I delight in Rabbi Arush's books. Yet I see no basis for the statement that Rabbi Arush is watching over me. This is illogical and baseless.

what is the source? I am devoted to Rebbe Nachman's teachings and have been to Uman twice so far. I delight in Rabbi Arush's books. Yet I see no basis for the statement that Rabbi Arush is watching over me. This is illogical and baseless.

The Song of Songs

This well-fashioned siddur in a special decorative cover, is designed for American synagogues, minyanim and individuals seeking refined Hebrew siddurim with unobstrusive English instructions throughout but without an English introduction, translation or commentary. These siddurim do a job well done in graphically bring out the underlying meaning of the Hebrew text. Compact size, Ashkenaz, hardcover, Hebrew with English Instructions. Koren Publishers, 720 pages

New at the Breslev Israel store!   A special red bracelet with a silver-colored nickel hamsa in a blue eye design.   A lovely gift item!

For decades, Koren’s combination siddur-chumash has been a favorite in Israel. For the first time this convenient volume is available in an American edition. The Koren Talpiot Shabbat Chumash offers all the tefillot recited on Shabbat according to American custom and when visiting Israel, from Erev Shabbat though Motza’ei Shabbat, together with the Torah and Haftara readings. The Hebrew text is laid out in Koren style, in Koren Siddur and Tanakh Fonts, and discreet English instructions throughout. Published in cooperation with the Orthodox Union. Festive cover by renowned Jerusalem artist Yair Emanuel. Compact size, hardcover, Ashkenaz, Hebrew with English instructions. Koren Publishers, 720 pages.