"You're a Jew, huh?" The kids in my class were curious. One girl asked me where my horns were and another student demanded to know why my people killed his savior... 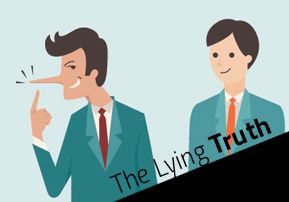 When I was eleven years old, my family moved to a rural part of Maryland called Scaggsville. My father got a notion into his head to live the country life, although he was an intellectual who had never even mowed the lawn. I think he might have watched one too many episodes of Green Acres.

I was enchanted with our new home — a 16 room giant of a house, at least sixty years old, on an acre and a half of beautiful land close to a lake.

The only problem was that we were the Only Jews in Town. At that time we were not really observant and so on Friday nights my Dad used to drive us to the nearest synagogue, which was in the basement of a bank.

News traveled fast. Our last name, Jaffee, coupled with our dark hair and the fact that for the first few Sundays in Scaggsville we failed to turn up for services at any of the neighborhood churches, were a dead 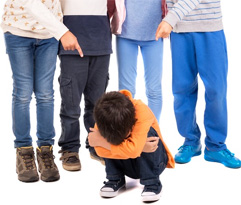 giveaway that we were Jewish.

The kids in my class were curious. One girl asked me where my horns were and another student demanded to know why my people killed his savior. I remember pulling matzah out of my lunch bag during Passover. The kids sitting near me were intrigued, ”What kind of big cracker is that?” they asked. I passed it around and everyone took a piece and enjoyed it. I told my Mom to put extra matzah in my lunch the next day. I made friends and got along fine, although I knew I was different.

My older brother did not fare as well. He was enrolled in the local high school together with tougher students. He got picked on plenty and got into fights on a regular basis. Being a girl, I was spared all that torment.

Except for once. On a late winter afternoon, I was taking my coat from the locker and getting ready to head home. Four of the biggest, scariest girls in the school came over and backed me up against the wall. They stared at me intently and I was so frightened  I wanted to melt into a puddle like the witch of the west. ''Is it true you're Jewish?” one of them asked. I pulled myself together, looked her straight in the eye and… lied. “I'm Methodist!” I declared proudly. They took my word for it and let me go. I ran to catch the school bus as it left the parking lot.

When my stop came I climbed off and spent the evening in a deep state of shame. I couldn't even tell my mother. I was so disappointed in myself. Why wasn't I braver, why didn't I do the noble thing and proudly admit that, yes, I am Jewish and be willing to take the consequences, no matter what? I couldn't even defend myself that I was afraid for my life because I wasn't convinced those girls would have beaten me up.

This turned out to be a defining moment in my life. I began thinking about being Jewish and why people were so proud of it. So proud and so committed that they were even willing to die for it! My willingness to lie made me understand that I didn't value being Jewish as much as I should have.

Years later, during a college break, I traveled to Israel to begin learning about Torah and Judaism. This led to becoming religious, marrying a Torah scholar and raising a large observant family. (My brother also became religious as well as a black-belt in karate!)

When I think back to that moment in Scaggsville, Md., when I had a tough choice to make, I can only feel gratitude to the Almighty that my lie ultimately led me to the truth.

Rebbitzen Yehudit Channen began her career as a Crisis Intervention Counselor in Silver Spring, Md. in the seventies. After moving to Israel, she worked as a marital mediator and social skills instructor for kids. Following the death of a son, Rebbitzen Channen became a certified bereavement counselor and worked with young mothers who had suffered loss. Most recently she worked at the Melabev Center for the memory-impaired, as an activity director and group facilitator for families coping with Dementia.  The Rebbitzen has written for numerous magazines and newspapers and recently led an interactive creative writing course called Connective Writing. Yehudit Channen is the wife of Rabbi Don Channen, Rosh Yeshiva of Keter HaTorah.  They are blessed to have nine children and many grandchildren and live in Ramat Beit Shemesh.

Pink decorative pin for a baby stroller. With a "hamsa eye" to protect from the evil eye!   Recommended as a unique gift for a newborn!

Tallit and Tefillin Cases “My Fire”

Talit and tefillin set with special embroidery of the stones on the High Priest's breastplate (choshen mishpat). Both bags are in bright white with an embroidery of the breastplate on each of the bags. The individual stones and their names are embroidered. Set size: 30.5 * 37 Inventory is limited !!

A Thread of Light Rabbi Kaplan delves deeply into the mystery of the commandment of tzitzit to reveal the link between tzitzit and the ability of man to overcome sin and strive to G-d. This rewarding books provides insights into how the mitzvah of tzitzit is the symbol of our G-d given ability to think freely and be the master of our lives, and overcome our passion through something as simple as clothes and knots of wool. Covers every aspect of tzitzit, from the mystical to the practical. A must read for every Jewish man! By Rabbi Aryeh Kaplan. Artscroll, paperback, 95 pages.