Kimberly became observant. Her parents were furious. She endured anguish and tribulations that would have killed anyone else... 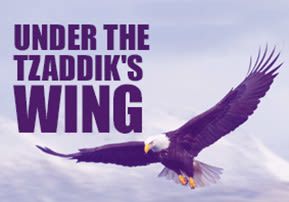 According to Kabbala, when Adam and Eve sinned, the spiritual vessels that contained the Divine light shattered and sparks were dispersed all over the globe. Like diamonds, these sparks are buried to this day under layers of spiritual impurity, or klipot. Our job on earth is to find and uplift these sparks, for the more they're restored to purity, the quicker Moshiach will come, ultimately completing this task of tikkun olam, or rectifying the world.

One of these sparks, the size of a spiritual Hope Diamond, fell in Oklahoma.

“Kimberly Brown”[1] grew up in Oklahoma City. To an unknowing onlooker, she had everything – wealthy and influential parents, a captivating smile, intelligence and athletic prowess. People thought that her bruises were from her gymnastic training sessions, but they weren't. Her parents were brutally 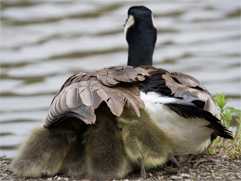 abusive, both physically and mentally. They were also overpowering and controlling, Hydes at home and Jekylls in public. Although Kimberly was accepted for college out of state, they made her enroll locally and continue living under their iron boot.

Always dragged to her parents' church, Kimberly never felt at home with a faith that was based on a flesh-and-blood savior who was the outcome of a supposedly immaculate conception. Besides, the discrepancy between the pastor's flowery sermons and her "religious" parents' true behavior disgusted her. The hypocrisy was revolting and her soul longed for something real. Kimberly pleaded to a higher power who she hoped would hear her; He did.

One afternoon when her parents were on the golf course and she was alone at home, she discovered a dusty box with old picture albums in the attic. Apparently, no one had ever filtered through the photos and old documents. Wide-eyed, Kimberly leafed through documents dating back to 1909 from Ellis Island. One was the immigration papers of an Abraham Bronstein from Lithuania, whom the immigration offers listed as “Brown”. In the space that listed religion, the word “Jewish” was written in. Kimberly's jaw dropped. But that wasn't all; she always thought that her mother's maiden name was Kelly and that her mom came from WASP country in Maine. She found a high school diploma from 1974 that was issued to Susan Kalmanovitz from a Boston high school. To make a long story short, both her parents had assimilated, hiding any signs that led to their Jewish birth and background. Kimberly was a Jew!

In the coming months, she gleaned the web for any and all information about Jews and Judaism. On her own, with no support system or local tutelage, she began to observe Jewish customs and the Torah's commandments. Her parents were furious. She endured anguish and tribulations that would have killed anyone with other than an emuna-reinforced constitution. She had connected with Breslev Israel, devouring our books and CDs, and began to correspond with me on a regular basis. By the time I met her personally for the first time when we were on a speaking tour in Texas and Oklahoma, she had broken her parents' grasp and was living on her own. Her life was far from easy, further complicated by all the emotional baggage from the past that she was carrying around with her. I told her to make Aliya and she did. Today, a new life has opened up to her.

During her first week in Israel, faced with an entire new set of challenges, Kimberly had a dream: she saw herself pursued by the entire world. She ran down a highway until she saw a sign, “Bnei Brak City Limits”. She had never been to Bnei Brak before. She ran into a building to escape all the people that were chasing her. The building was jammed full of people who were singing an enchanting heavenly melody in four-part harmony. A saintly-looking man whose face was covered by the silver-embroidered prayer shawl that draped his robust body motioned to her; her soul heard his soul tell her, “Come my child – take refuge here.”

Before she knew it, she was under his wing; she felt a sensation of calm, joy and inner peace that she never experienced. She heard people calling out, “Vizhnitzer Rebbe! Vizhnitzer Rebbe!” She had no idea what “Vizhnitz” was, but she knew the term “Rebbe” from the Breslev books that she read. Kimberly yearned to see the Rebbe's face. Reading her mind, the Rebbe lifted the wing of his tallit – his prayer shawl – and smiled at her with warmth that felt like some healing balm on her many emotional scars.

Kimberly woke up from the dream. Neither had she been to Bnei Brak yet, nor had she seen a Chassidic gathering. She lunged at her laptop and Googled “Vizhnitz”. She went to the first link on the list, Wikipedia, which told all about the Vizhnitzer Dynasty, also displaying a photograph of the current Rebbe, may Hashem grant him longevity and strength – Rebbe Yisroel Hager. Kimberly burst forth in a flood of tears – this was the face she saw in her dream!

The same morning, she wrote me an email asking me the meaning of the dream and if it was true. I answered that it surely was true and that she was a fortunate young lady indeed. By virtue of her dedication to observing Judaism against all odds, she had merited the protection of the Vizhnitzer Rebbe shlit'a. She asked me in a subsequent email if I knew him personally, and I answered yes. In addition to being the holy tzaddik son of holy tzaddikim, he is the kindest human you could imagine.

The true tzaddikim of every generation have prodigious power. They literally take us under their wing the same way that a mama goose protects her goslings. This is one of the reasons why Breslever Chassidim bind themselves to all the true tzaddikim.

[1]    This is not her real name; also, we've changed the details of her identity to protect her privacy. The rest of the story is true.

A pretty magnet mounted on a wooden plaque and inscribed with, "Honor thy mother and thy father so that your days may be long." Post it on your fridge! 9x9 c"m.

Rabbi Akiva Tatz's latest work presents a detailed approach to dangerous disease and therapy in Jewish Law.   Part One includes sections on General Principles, approach to Risk, Dangerous and Terminal Illness, Withholding and withdrawing therapy, analgesia in dangerously and terminally ill patients, euthanasia and assisted suicide, resuscitation, live organ donation, coercion and consent, triage, interventions in pregnancy, experimental therapy, screening and prevention, among others. Sections are followed by analyzed clinical cases demonstrating the relevant principles in clinical application.   Part Two present a survey of the current approach to these issues in general medical ethics and points out where the Jewish approach differs, often sharply, by considering cases and reports drawn from the mainstream medical literature in the light of the principles and values demonstrated in Part One.    Hardcover

Oil Painting – Prayer at the Kotel

NEW! Original! Special! An oil on canvas print by artist Yehoshua Weissman. A striking painting of men praying by the Western Wall with the Mughrabi gate in the background. Visibly rich in vibrant colors, this painting is beautiful and captivating! Size: 35x25 c"m. Ready to hang. Order today! A beautiful gift item! Great price!

Around the Shabbat Table, Eli Teitlebaum

A huge collection of the greatest and finest Shabbat songs performed by Eli Teitelbaum and Sdei Hemed Children.