Solomon comes back to Berlin from a business trip to his home town in Poland, just in time for the birth of his first child… 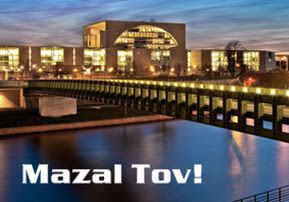 Spring was trying to wake up the plant life on a fine morning in March of 1921.
Reb Solomon Dzubas had traveled to his home town Chestochova in Poland to arrange the import of paints and soaps from his uncle’s factory. Reb Jacob Dzubas as was all of his family, Gur Chassids, was an important member of the town’s Jewish community. Reb Solomon had expected to return home to Berlin a week ago but a breakdown in the Polish railway system had delayed the return trip. 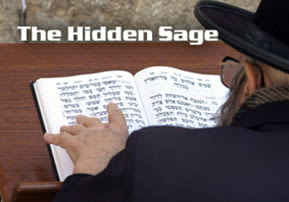 5 min
Holocaust Remembrance Day: A Cruise and a Camp

New! A pretty, brightly colored wall clock for girls! This bright and cheery Shema Yisrael wall clock is painted with a little girl reciting the Shema prayer in bed. Size: 25.5 c"m. A lively and handy item for your little girl's room!

A high-quality necklace. Pendant has "atinflog" letters that form the words "Shema Israel".  Made of high-quality rhodium.

A lavish, satin Brit Milah pillow emboidered in silver with the words "This little one shall become great." Aside from the regular use of this pillow, it is a known segulah for barren women to buy such a pillow for a Brit Milah and lend it out free of charge to those in need. Highly recommended! Size: 70X50 c"m.

Talit undershirt (made of 100% fine cotton) with wool tassels tied by Shomrei Torah and Mitzvah. Under the supervision of Rabbi Aryeh Levin Shlit'a. Size 4 (suitable for ages 3).

Magnet – The Princess has come! – in Hebrew

Magnet - The Princess has come! - in Hebrew

A weary rabbi, a moment of sleep, and two unsuspecting pedestrians. For high-school student Penina, it is almost the end of the world. Her father is taken to prison and she also becomes a prisoner - of her own tumultous life. Desperate to make amends with the victims, while at the same time struggling to keep her terrible secret, she sets out on a deeply emotional journey to offer help and consolation.   By Shifra Gluck. Hardcover, 335 pages. Tfutza Publications.