Hitler discovered that he had a superb talent as an orator; his ability to influence people combined with his characteristic ruthlessness soon made a central figure… 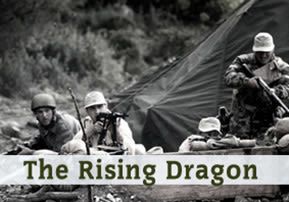 Corporal Adolf Hitler, the odd little foreign pauper trying hard to prove he was at least as “German” as any natural born German, joined the DAP (German Workers' Party) in late September 1919. The then very small party was known for its connection to occult movements and even some demonic cults, staunch racist nationalism, and most of all for its strong anti-Semitism. After giving his first stirring speech for the Party on October 16 in the Hofbräukeller beer hall, 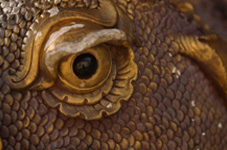 Hitler quickly rose up to become a leading figure in the DAP.
Like other ethnicity groups, the DAP advocated the belief that Germany should become a unified "national community" rather than a society divided along class and party lines. This ideology was explicitly anti-Semitic as it declared that the much lauded "national community" must be judenfrei ("free of Jews"). He soon had the name of the party changed to “the National Socialist German Workers' Party” the more commonly known title “Nazi” coming from the pronunciation in German of the initials of the full name.
Hitler discovered that he had a virtually unnatural talent as an orator, and his ability to draw new members, combined with his characteristic ruthlessness, soon made him the dominant figure of the party. He became party chairman on 28 July 1921. Originally the leadership board had been elected by the members, which in turn elected a chairman. He quickly got rid of this system and acquired the title Führer ("leader"). This title while seeming silly as title for the chairman of a, then, minor political party, would become a power word that would stir fervor in its adherents and terror to millions of others.
After a series of sharp internal conflicts, it was accepted that the party would be governed by Hitler as the sole leader of the party and he alone decided its policies and strategy. He at this time saw the party as a revolutionary organization, whose aim was the violent overthrow of the Weimar Republic. The SA ("storm troopers", also known as "Brownshirts") was founded as a party militia in 1921 and began violent attacks on other parties.
For Hitler the twin goals of the party were always German nationalist expansionism and Anti-Semitism. These two goals were fused in his mind by his belief that Germany's external enemies, Britain, France and the Soviet Union, were controlled by the Jews. Therefore to ensure the success of Germany's future wars of national expansion would necessarily require an annihilative war against the Jews. For him and his principal lieutenants, national and racial issues were always dominant and equal. This was symbolized by their adoption as the party emblem of the swastika, which in German nationalist circles was considered a symbol of the "Aryan race”.
In spite of many efforts to boost it, the German economy continued to flounder. This made it easy for the radical Nazi Party, to gain support among the public. During the mid 1920s’ Germany entered a period of relative political stability and prosperity. Despite this the Nazi Party continued to grow. The party only partially owed its growth to the fading away or absorption of competitor nationalist groups. The leaps and bounds by which it grew, even in good times, was definitely unnatural.
However, the economic upswing was to last only a very few years. By 1927 the economy started to go downhill again. Then came The Great Depression and its disastrous effects on Germany. By 1930 the German economy was beset with mass unemployment and widespread business failures. The Nazi party and its oratory super-talented leader attracted hundreds of thousands of unemployed, underemployed, distraught and disappointed German citizens. Their inherent nationalism was used and manipulated to bring a steaming fervor that no other political leader could get even near to achieving. This rhetoric mastery was also used to construct the blaming of all of Germany’s troubles as being totally the fault of the Jews.
The party grew in power and influence and on 30 January 1933 Hitler was democratically legally appointed Reich Chancellor, head of the government’s cabinet.
Within two months he arranged the suspending of most of the human rights and granted the cabinet (and therefore himself) legislative powers, all of which effectively was nullification of the constitution. This gave the government the power to enact laws without parliamentary approval, to enact foreign treaties abroad and even to make changes to the now worthless Constitution. In effect the Nazi party directed by Hitler used the democratic republic system to gain dictatorial power, and cancel the very constitution that it had abused and manipulated to gain that power.
The Nazis did not keep their promises to their political allies. They banned all other parties just as they had banned the communists and socialists. Following this, the Nazi government banned the formation of new parties on 14 July 1933, turning Germany into a single-party state. Hitler kept both houses of parliament as a rubber stamp. The legislative bodies of the German states soon followed in the same manner, with the German federal government taking over most state and local legislative powers.
It was under Hitler’s reign of terror that the world was soon to learn that the four year “The War to end all wars” was to be renamed as World War 1, for in fact it only served to bring about an even more horrific war, World War 2. In this six year war over seventy million people, mostly civilians, were killed, making it the deadliest and cruelest war in human history. While the majority of the civilian casualties were from massive bombing of cities, towns, villages and civilian ships, six and half million Jews were to be purposely ruthlessly methodically slaughtered via a program of insane racial hatred, all empowered by Hitler’s inspiration from Rudolf Steiner’s cult and the cult’s founder’s teaching of, “… the Jews are a race whose time of usefulness to mankind has finished and it would be best if they were to disappear from the earth.”
This massive genocide was to make endless use of the very same magnificent efficient railway system that the Jewish merchants had built to empower Germany.
To be continued. 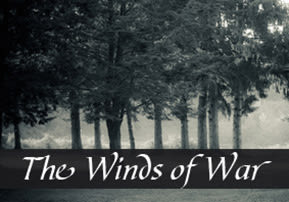 Steiner’s evil idea was to become the life goal of the second infamous mad Austrian. He was Adolf Schicklgruber, the illegitimate son of Alois Hiedler…

The Winds of War

17 min
Holocaust Remembrance Day: A Cruise and a Camp

Honor and celebrate the Festival of Freedom with this new Koren Pesach Machzor. Rabbi Sacks' renowned translation and commentary serves to clarify the prayers and explore the themes of the festival, from slavery to nationhood, and from exile to freedom. Enhance and intensify your Pesach experience! Standard size, Ashkenaz, hardcover, Hebrew-English. Koren Publishers, 1288 pages.

Challah Cover Made of Imitation Leather

Disk #670 – Connecting with the Creator (Hebrew)

How do you connect to infinity? And how do you get special points?   The amazing lesson of Rabbi Shalom Arush on the good and special points each person has, and how they can be used to connect to Infinity - the Creator of the world.   Rabbi Arush gives us the tools to discover the speciunique al points we have and which no one can take away! They are our eternal connection with the Creator!   Wonderful and recommended disc!