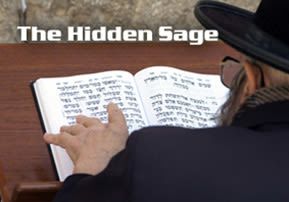 The cold wind was harsh on his face. In spite of the long fur lined woolen coat his knees and legs were cold. On the way to the apartment, striding quickly through the wintry Berlin streets, yet not fast enough the attract attention of ever watching SA and Kripo as well the ever present ever nosy sneaky informers, the careful Reb Solomon mused over recollecting how he ever came to meet this special man.
It was back in 1915; Solomon was thirty years old, married for five years and still childless. His late Grandfather Rabbi Pinchas had appeared in a dream draped in a Talit and wearing T’filin. He instructed Solomon, “Soli my precious grandson. An important job is awaiting you. In the morning go to the old Pestalozzistrasse Synagogue. At the right hand corner of the back wall of the janitor’s storeroom you will feel a pair of small bumps in the wood. Push first the upper, then while holding that in place push the lower. The wall panel can then be slid sideways. You will find a small study room. In that room will await a man of deep wisdom of mysteries of the Torah. Know that all that he tells you it is truth and know that it is of greatest importance. Yet you must keep the existence of that room and your meetings with him secret.”
The “visit” returned in identical manner two more times during the night. Only by this did Solomon not discount it as a mere meaningless dream. After morning services Solomon went to the Pestalozzistrasse Synagogue. Like many Berlin synagogues, it was tucked away discreetly in a courtyard behind an inconspicuous entrance, an old habit that the smaller, private congregations found especially difficult to break. It was built in a Romanesque style, though with the red brick facade and massive form typical of German medieval architecture.
He felt a bit odd in seeking out the janitor’s storeroom between the mops brooms and various paraphernalia. “Ah yes here are the little bumps in the wood. If I hadn’t been looking for them I would never have noticed. Push here, then ……oh it moves…….”
There he was sitting, old yet young at once. White hair and beard, eyes and face showing great depth and concern, yet radiant like a child’s.
“Nu quick quick slide the door closed. Ah fine now. Come on in Solomon, I have been waiting for you. My name is Bentsion. Sit down I don’t bite.”
Among the things Bentsion told Solomon, in that first were, "The words – the letters are not the essence, they are merely vessels – like train cars. A train car brings one from one place to another. It also conceals who or what is inside it, then reveals only to those inside; and to those outside only at the destination. Yes train cars, … many train cars, … train cars of life and train cars of death, vessels to transport, concealing and revealing …. Yes my dear Solomon your destiny is tied to trains. There will come the day that you will send your two yet to be born daughters far away on a train; a train to life. More than this I may not say for now. Return at this time in three days and we will speak more." 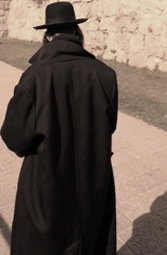 In subsequent meetings these mysterious were clarified. Other mysteries and knowledge were divulged. Yet with each measure revealed two measures were concealed.
Now seventeen years later in the middle of Chanuka 1932-1933, it was not the first time that Solomon visited the small very simply appointed apartment of the elderly Rav Bentsion. Yet each time was a new adventure, a venture into a separate world. the elder Rav Bentsion had told him much. This included warnings of extremely bad times for Jews in Europe and Russia. He also had warned him of a small strange madman who would wreck worldwide havoc and would direct the ruthless murder of millions of their fellow Jews. However Solomon always felt that more was withheld than revealed. Lately they had met several times, like now, in Bentsion’s apartment in the massive synagogue building complex.
As Solomon entered the apartment musing, Bentsion greeted him, “Shalom my young friend. Yes what you feel is true. I do hold back more than I reveal to you. It is so commanded me from above. Not all may be told. There may also come a day when you will be told some things directly. And then again maybe not. When the time comes, if you are deemed worthy by Above, you will be given to know. We have been meeting because I have been ordered to reveal certain things to you in order that you may perform the very special job destined to you by Heaven.”
With that he started the day’s discussion. The meeting ended with Bentsion telling him, “Tomorrow you will be summoned to Rabbi Freier’s office. He will request of you to take into hand the project his wife Recha has thought of for extricating Jewish youths from Germany and sending them to Palestine. He will lay out before you what is to be done. Your contact person in Jerusalem will be an American born woman named Henrietta Szold. She will at first be skeptical of project and will refuse to take part in any way. Therefore you must begin without her. She will eventually come around and help, and then when can you no longer do it she will take over. Rabbi & Recha Freier do not know that they are guided from heaven to have this idea and to choose you to do it. They know nothing of our meetings or that I even exist. These children must be rescued, and they must go to the Holy Land to rebuild it, and to rebuild our nation after…. However this is the purpose for which you were born. God will be with you and help you do what must be done.”
“Children must be rescued? What?”
“You will see what is meant. We will meet again in a week. Your meeting tomorrow with Rabbi and Recha Freier will keep you busy enough in the meantime. That is all for today.”
Solomon was back out in the winter air with snow now falling. A good five inches had already accumulated on the sidewalks and streets during the brief time he had been with Rav Bentsion. His head was spinning. A project to collect and send children to Palestine and yet just when the British are clamping down on immigration there? Who is this Henrietta Szold? Destiny from birth? Is this connected to what his elderly mentor had told him previously about a madman rising to power, about trains of life and trains of death? Trains concealing and revealing? Destinations? DuPont and evil air?
It was like a hundred puzzle pieces whirling around his head seeking how to order themselves.
The words “You will see what is meant” jumped into his head at this point, then repeated themselves. This quieted his mind so he could go about his day’s business.
Tomorrow ….
To be continued. 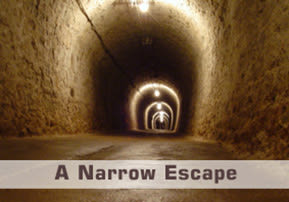 1935: There she was, her delicate little sister cornered by the brutal SS sergeant. Dvorah snuck up behind, kicked the Nazi, grabbed her sister and ran for her life…

7 min
Holocaust Remembrance Day: A Cruise and a Camp

The Segula of the Mikveh

Would you like to have a good life? A good relationship and connection with you husband? Rabbi Shalom Arush's The Segula of the Mikveh will help you. For women only. A booklet that is sure to elevate your marriage! 64 pages, softcover. Hebrew.

The amazing paintings of the painter who touches the heart of the Jew - Yehoshua Wiseman. Artist Yehoshua Wiseman brings a spectacular and unique oil painting of the Moshiach coming towards the Temple Mount that will soon be rebuilt. In shades of blue, orange, red, and yellow. View of the Temple. Painting is on canvas stretched on a wooden frame.   Image size - 100 * 140 cm.

A 100% cotton tzitzit undershirt that is the ultimate in comfort and does not have to be readjusted all day long. This item strictly adheres to the halachic requirements of a tzitzit garment and is certified kosher by Rabbi Aryeh Levine shlit"a. Size: Medium Your children will love this comfy tzitzit undershirt!