The Winds of War

Steiner’s evil idea was to become the life goal of the second infamous mad Austrian. He was Adolf Schicklgruber, the illegitimate son of Alois Hiedler… 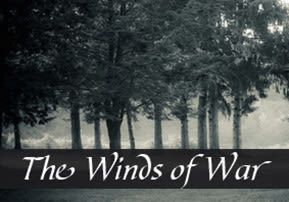 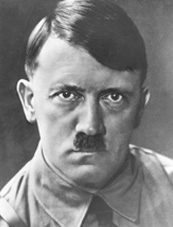 plunge the world into the most demonic, destructive and cruelest war in human history, World War 2.
Indeed two more power mad Austrians were to make their maniacal effect felt in the world.
One, Rudolf Steiner, a renegade from the Theosophist sect set up his own cult based on the concepts of his racist idol Goethe, with an admixture of Theosophy and far eastern cults. His cult was to become an inspiration for the concepts of racial cast levels, and “Aryan supremacy”, the ubermentsch – super race. His influence would be even further felt as a result of his own words in his lecture “The Essence of the Jews”, that “… the Jews are a race whose time of usefulness to mankind has finished and it would be best if they were to disappear from the earth.”
That evil idea was to become the life goal of the second infamous mad Austrian. He was Adolf Schicklgruber, the illegitimate son of Alois Hiedler, who grew up inspired by Steiner. His family name later being simplified by some German government clerk to Hitler.
To be continued. 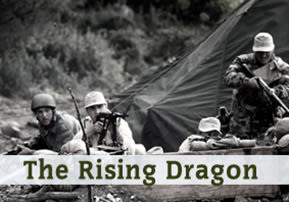 Hitler discovered that he had a superb talent as an orator; his ability to influence people combined with his characteristic ruthlessness soon made a central figure…

17 min
Holocaust Remembrance Day: A Cruise and a Camp

The Garden of Gratitude – SPANISH

The Garden of Gratitude - SPANISH The Garden of Gratitude is an ever-so-bright spiritual light that is guaranteed to illuminate your life in a way you can't begin to imagine. This book is the next step up the ladder of inner peace and self-realization from Rabbi Shalom Arush's multi-million copy international best-seller, The Garden of Emuna. Written in a reader-friendly and readily comprehensible style, The Garden of Gratitude explains how to make a quantum leap in your personal and spiritual growth – through gratitude! The attribute of gratitude is a prerequisite to true happiness and success in all of our interpersonal relations, especially marriage. If life seems like a brick wall or a dead end street, then learning to give thanks is the key to a new tomorrow. As you'll see in this amazing book, gratitude defies nature and invokes miracles of every type. People surrounded by the darkness of supposedly-terminal diseases or apparently insurmountable debts saw the light of day after taking the advice in this book. Imagine that your life is a digital washing machine with 26 cycles, but you only know how to use 3 of them. The Garden of Gratitude will teach you how to use the other 23 and get the most out of your life. Reading this unforgettable book will make a dramatic change in your life for the better and will do wonders for your interpersonal relationships. This book is something you owe yourself and a true life-changer! By Rabbi Shalom Arush. Translated by Rabbi Lazer Brody. Deluxe softcover, 384 pages.

Likutey Moharan Vol.2 The first authoritative translation of Rebbe Nachman's magnum opus, presented with side-by-side punctuated Hebrew text, full explanatory notes, source references and supplementary information relating to individual lessons. Translated & edited by Moshe Mykoff, annotated by Chaim Kramer, Ozer Bergman, and Rabbi Yisrael Abba Rosenfeld. This is the essence of Rebbe Nachman's teachings that inspires Jews in every generations to open their hearts and minds to Hashem in a way that no other book can! Now is your chance to connect with the ultimate and unparalled teachings of Rebbe Nachman's ageless wisdom!  Hardcover, 377 pages.

New   A new translation and commentary on the classic guide to Jewish Law with Kitzur Shulchan Aruch Yomi Calendar by Rabbi Avrohom Davis   Three volume set - Pocket size - Metsudah edition   A must have in every Jewish literature collection!

A unique collection of a variety of holy songs performed by singer Erez Yechiel.