A 15-part SERIES of survival about the power of faith that carries an immortal nation into eternity, a story of faith… 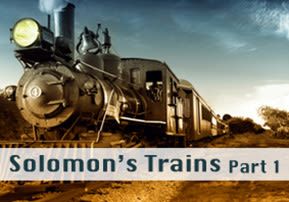 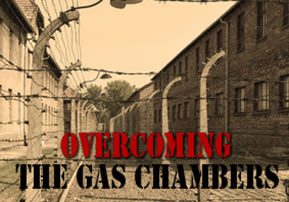 The youngsters disregarded the Nazi's threats and continued their singing and dancing with added fervor...

3 min
Holocaust Remembrance Day: A Cruise and a Camp

Living Kaddish Living Kaddish is a collection of stories of powerful, enduring love -- the love that the children feel for their parents and that parents feel for their children, the love of siblings and the love of spouses. And, perhaps most importantly, these stories represent the love that Jews have for G-d and show how, by reciting His praise, we are mourning our loss of a mortal life, and elevating an immortal soul. Living Kaddish is essential for everyone saying Kaddish. It is an uplifting book to offer loved ones, and an inspiring book for anyone interested in this mitzvah. It also includes a practical guide to Kaddish, Kaddish FAQs, and the Mourner's Kaddish in Hebrew with a complete English translation. By Rabbi Gedalya Zweig

The Tikkun Haklali is a collections of 10 Psalms that Rabbi Nachman of Breslev directed us to say specifically for Tikkun HaBrit. These Psalms are effective to bring all types of salvation. This is an elegant edition with large letters! Included in the booklet is the story of the drawing near of Rabbi Yisrael Dov Odesser, prayers, and Pidyon Hanefesh to sweeten the severe judgments! Suitable as a gift for events and celebrations! Suitable for every pocket! Finished and fine designs. Option to engrave on the booklet!

Would you like to feel more independant?   New!  The Personal Independance Essence by Dr. Gila Gavrielov, PhD in Behavioral Science and Gemology, a specialist in diagnosis and healing with crystals.    This unique essence is designed to focus your inner strength and direct you in your personal path in life.   Please note: Dr. Gila Gavrielov's tinctures are totally free of chemicals and side effects. The tinctures are based on the frequency emitted by the Hoshen stones and are meant to help you heal naturally through an extraordinary method based on healing via fluctuating energy. The tinctures and gem stones help to alleviate or eliminate unwanted behaviors, perceptions and qualities such as fearfulness, uncertainty, lack of self confidence, anger, jealousy, disturbances, imbalances, post traumatic stress disorder and more while helping you bring out your good qualities in the best way possible.   Everyone feels and reacts to the energies emitted by gemstones thanks to their crystal structure that transmits very concentrated and clear frequencies. Every stone, according to its particular mineral content, emanates its own unique and potent energy.   Price is per unit!   Certified kosher by Rav Landau shlit"a.   Highly recommended!