Clothes exert a tremendous influence on a person; therefore, one must be careful to have the right considerations when choosing clothes; what are they? 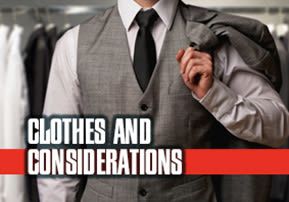 It bothers me to see people with a slovenly, unkempt appearance who claim that they represent Breslever Chassidim. Nothing could be further from the truth. Rebbe Nachman was very careful about his appearance and he demanded the same of his chassidim. He once chastised Rebbe Natan for walking around with a suit jacket that was missing a button.

What's so important about clothes?

Man is composed of several layers. His innermost layer, the soul, is covered by bones, muscles and organs; they in turn are covered by the skin. One's clothes cover these layers. Clothes are especially susceptible to the evil inclination. In fact, the evil inclination penetrates a person's body by way of his or her clothes.

The more a person emphasizes outer appearance and brand-name designer clothing of the latest fashion, the less he or she is concerned with developing their inner dimension. External orientation and values dominate the person whose emphasis in life is on the external rather than internal development of the self. There is no greater folly, as if people don't know that beauty is skin deep, yet character refinement and true personal value come from a person's innermost dimensions. When a person places too much 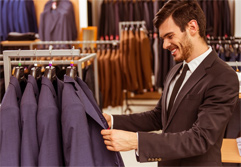 emphasis on external appearance – clothes, coiffure and the like – he or she is trying to compensate for something that's lacking or malfunctioning in their inner dimension. People try to hide inner decay with outer impressiveness.

Yet, redirecting emphasis from the external or outer dimension is not a license to be sloppy. The Gemara in tractate Shabbat tells us that sloppiness is a defamation of Hashem's Name, heaven forbid. No one wants to emulate a sloppy person. Therefore, if a Torah scholar looks dirty and disheveled, people will look at him and say, "I certainly don't want my child to be like that!"

Clothes are intended to cover one's shame. A person who dresses in a neat, clean and modest manner gives less access to the evil inclination. A respectable manner of dress fulfills the original intent of clothes. Even more so, a religious garment such as a tallit can help guard a person against a breach of personal holiness, because of the inherent holiness of the tallit and tzitzit – the four fringes. The more a person is clothes-oriented, the more he is governed by his or her evil inclination. And, when fancy clothes lead to arrogance, a person is far from any semblance of spirituality or character development and refinement.

Rebbe Natan of Breslev writes (Likutei Halachot, Orlah, 5) that a person's main source of conceit is his clothes. Since pride is the outer garment of The Almighty, the haughty person is in effect usurping Divine honor, the "King's clothes", so to speak. Any commoner who would be caught wearing the king's robe would certainly be punished. We also see that the High Priest in the Holy Temple has his ritual clothes of gold; yet, on Yom Kippur when he must enter the Holy of Holies to atone for the sins of Israel, he wears simple white priestly garments. White symbolizes purity and simplicity as well as humility.

Rebbe Natan of Breslev writes (Chayei Moharan, 523) that even a very spiritual person is influenced by clothes. He learned from Rebbe Nachman that a person's countenance changes when he wears a new garment. Sometimes, even his or her physical mannerisms, such as the way they walk, changes when they wear a new article of clothing.

Clothes exert a tremendous influence on a person; therefore, one must be careful about the appropriate concern for clothes. The more one is preoccupied with the external aspect of clothing, the more he or she is vulnerable to the influence of the evil inclination. Metaphorically, Potiphar's wife caught Joseph by his clothes, alluding to the fact that the evil inclination ensnares a person by way of fashion, name brands and clothes-orientation. Clothes are designed to protect the body from lust and from the evil inclination, as well as from heat and cold. Clothes are a tool, a means to an end and not the end in itself.

Again, we're in no way implying that one should not be concerned about one's appearance. No one should wear unclean, unsightly, torn and shabby clothing, for our sages say that one's clothes is one's honor. They of course didn't intend that one be preoccupied with clothes; but they did encourage us to dress in a dignified manner, which means clothes that are neat and clean. Filthy, unsightly clothes are an affront to the soul. Therefore, the higher a person's station in life, the more he or she must be meticulous about neatness and cleanliness. As mentioned previously, the Gemara in tractate Shabbat therefore states that a Torah scholar who wears a stained garment deserves the death penalty, for his slovenly appearance would make people disdain the Torah. Yet, the Torah scholar should certainly not be preoccupied with clothes; his attire should be clean, neat, simple and modest, for this is the dignity of Torah. 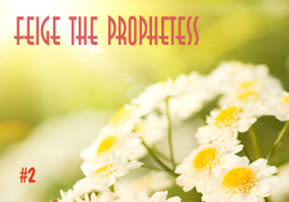 Breslov – The Way It Is

Getting to Know Your Home

Getting to Know Your Home As Jews, we attempt to clarify our traditions from those who came before us in Torah study as well as our sages' commentaries. This volume is divided into three sections. The first is a series of stories on teshuva.The second revolves around the Jewish home and enhancing interpersonal relationships. The third section expounds upon raising children who are emotionally and spiritually healthy. Beyond helpful! Don't miss out - order now! By Rabbi Itamar Schwartz

Blue decorative pin for a baby stroller. With a "hamsa eye" to protect from the evil eye!   Recommended as a unique gift for a newborn!

Dual Dilemmas Thirteen-year-old twin sisters Chevy and Daniela Dembowitz couldn't be more different.  While Chevy is studious, reserved and a homebody, Daniela is popular, outgoing and always spending time out. And while Chevy is busy winning awards Daniela is busy winning friends. The seventh grade election for G.O. president brings with it a new twist in their relationship.  When Daniela does something that Chevy finds hard to forgive, Daniela is forced to reveal her long-kept secret to her sister. Will Chevy stand by her twin?  Will she "be her friend and help her fit in" as a perceptive stranger suggests? Will Daniela come around and face her  challenge?  Or will she hide her secret  from the world forever? Previously serialized in the popular   Binah Bunch magazine, Dual Dilemmas is a keenly insightful and realistic story about acceptance, pride, and self-confidence; a timeless theme geared for today's preteen. By Chaya Sara Ben Shachar

A matching game for learning and getting to know the colors in English. The game contributes to the development of observation, adaptability, and visual memory. The game has 24 cards that together make up 12 pairs of images and colors. One card has a color and the other card has an image in the appropriate color. For example, yellow has an image of a lemon next to Yellow-yellow, a strawberry next to Red-red, and so on. In the game the child will learn the names of colors in English, in the following colors: Yellow, red, gray, brown, orange, purple, black, white, pink, green, blue, and gold.