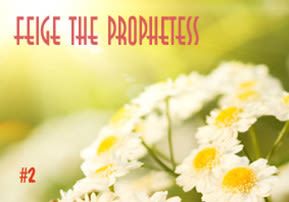 From the Editor: I looked it up and could only find the yartzheit date of 19-Adar in the Breslev Israel calendar. Do you have a source for the 9-Adar? Thanks and Shabbat shalom! 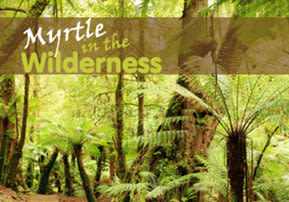 Rebbe Nachman especially loved his daughter Sarki (nickname for Sarah), whom he called a “myrtle in the wilderness with a pleasant fragrance.”

Myrtle in the Wilderness

Seven Blessings of love, happiness, health, blessing, success, mazal and fertility, with a Hamsa decorated in the Cohen breastplate design set in colorful stones and imprinted with a blessing for the home.

Box of 45 short wax candles in various colors.   Suitable for Chanukah, birthdays, and other special occasions.

This broken heart necklace is rhodium-plated and includes one chain. The heart is halved and is insribed on each half, one featuring the word "I" alongside a crystal heart and the second featuring the word "you". Rhodium is a stately metal that is both strong and glossy, lending a high quality look to any item. It also protects agains scratching and prevents tarnishing. Perfect for that special someone! Now specially priced - Order Today!     .

This 12 c"m mezuzah is mehadrin min hamehadrin, written in ketav Ari (Beit Yosef) on the most mehudar parchment paper - shalil lo mashuach, by a certified, G-d-fearing sofer stam. The mezuzah is sent to you directly from the sofer stam along with a certification. Option for checking your old mezuzas. We recommend calling us in order to receive a more detailed explanation about this item. 02-532-3339. Beware of forgeries!