A House of Prayer

Since the "Clouds of Glory", the Divine Presence envelops a person's Succa, sitting in the Succa is most conducive for prayer, especially personal prayer... 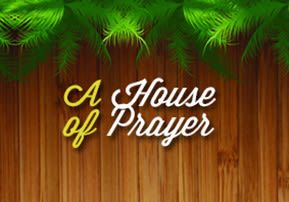 The holy Ariza'l says that the inner aspect of the destruction of our Holy Temple is that the mindset of prayer was destroyed. During the time of the Holy Temple, even the simplest Jew would virtually live his life in prayer, for they all knew that prayer was the prime aspect of teshuva, returning to G-d. Prayer and teshuva gradually 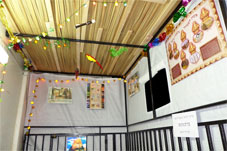 Our sages in the Gemara (tractate Berachot, 6) cite that people fail to recognize the importance of prayer. Even many Torah scholars forget that the entire purpose of learning Torah is to acquire emuna and to get close to Hashem; as such, they've drifted away from prayer. Only a person who realizes that he is nothing without Hashem will pray earnestly, but a person with an inflated ego thinks he can get along fine on his own. Such a person prefers intellect over emuna; he thinks that his intellectual prowess suffices in his Torah learning or business activities, so he doesn't need to seek Hashem's assistance. Therefore, his prayers are perfunctory at best.

Rebbe Nachman of Breslev, whose holy yahrtzeit is during Succoth on the 18th of Tishrei said, "My entire essence is prayer." Rebbe Nachman knew that the missing element in tikkun olam, the rectification of the world, was and is prayer. The more people pray, the sooner the world will be rectified. Other great righteous men knew the value of prayer too, but only Rebbe Nachman declared that the entire correction of Jewish souls as well as the full redemption of the Jewish people depend on prayer. An increase of prayer and emuna in the world inherently corrects the reduction of the moon and her light at the beginning of creation.

There's another connection between Succoth and conduciveness for prayer. Not by chance, the first night of Succoth is on the eve of the 15th of Tishrei, when the moon's light is strongest. Earnest prayer corrects the waning of the moon's light. The knowledge that we are nothing without The Creator enhances our intent in prayer. All of us have deficiencies, both material and especially spiritual. Prayer corrects our deficiencies just as it corrects the deficiency of the moon. Rebbe Natan of Breslev would always say, "Wherever I see deficiency, I see a lack of prayer."

A person's biggest obstacle in praying is the person himself. Therefore, we must pray for the privilege of being able to pray properly. Just as we pray for any important need in life, we must pray for prayer and for overcoming the obstacles to prayer, both internal and external.

A person must pray constantly for protection against the evil inclination. Once he prays to the extent that he feels his prayers in all his bones, these prayers will be powerful enough to illuminate his entire life. The focus of prayer should be to shatter our arrogance, the main obstacle that blocks Divine light from our midst and prevents us from praying properly. We must believe that our prayers are conducive to developing and strengthening emuna and that they are capable of overriding nature. Both our individual and national redemption depend on prayer.

By virtue of our Succoth, may Hashem have mercy on us and rebuild our Holy Temple speedily and in our days, amen!

A silver necklace with the inscription "Na Nach Nachman Nachman from Uman".

New at the Breslev Israel store!   A gorgeous pair of silver star of David earrings with a multi-colored stone in the center.   A lovely gift item!

New! This square leather switch protector is elegantly decorated and inscribed with the words "Shabbat Kodesh" in Hebrew. An item that will enhance your Shabbat ambience. A must-have in every home! Now at a great price!

This pendant expresses that by the power of faith one passes through life. According to Rabbi Nachman, "The whole world is a very narrow bridge."   Made of pure S925 silver inlaid with 24 mm diameter blue-colored zirconia stones!    Suitable as a luxury gift!