The Erev Rav are the recognizable ones who are always looking for 'natural' explanations for everything that happens in our lives, that cuts G-d out of the picture... 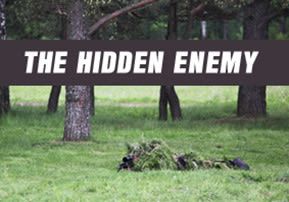 The Tikkunei Zohar 119a explains that: "as soon as they [the Erev Rav] are removed from the world, then people will start calling in the name of Hashem."

As we’ve been learning, post-Rebbe Nachman, we’re dealing with eradicating Erev Rav TRAITS, not Erev Rav people. That understanding throws a whole new light on the words of the RASHBI, quoted above. Now, we can understand them as saying that as soon as we overcome the Erev Rav-type character traits that are preventing us from calling out to Hashem – everything’s going to change for the better!

Tachlis, that means we have to acknowledge that whatever is stopping is from doing regular hitbodedut, or personal prayer, is effectively an Erev Rav character trait that needs to be acknowledged and uprooted.

Maybe, we don’t spend time talking to Hashem because we arrogantly think we don’t need His help…or, because we don’t accept that we have so much to work on, still…. or because we despair of ever being able to really fix things or change ourselves….or because we’re scared to take the time away from making money, or having ‘fun’….

Whatever it is that’s stopping us from talking to Hashem, and from putting G-d in the picture and turning to Him to solve our problems, it’s an Erev Rav trait, and it needs to be acknowledged and uprooted.     Even many externally religious people struggle with these types of ‘hidden’ Erev Rav tendencies, but regular hitbodedut can help us to fix everything, so there’s really no place for despair in the world!     The Vilna Gaon explains how the Erev Rav klipa is delaying Mashiach and prolonging the Galut     (The Vilna Gaon – or some say, one of his students – expounds on this at length in Kol HaTor, Chapter 2, Section 2, Letter bet. This is a small excerpt which gives the main gist.)     "The general purposes of the two Mashiachs, Mashiach ben Yosef and Mashiach ben David, throughout all the generations has been to protect and fight against the three 'heads' of the klipot (evil husks): Eisav, Yishmael and the Erev Rav…..     "…the Erev Rav is our greatest enemy, the one who separates the two Mashiachs. The klipah of the Erev Rav works only through deception and roundabout ways. Therefore, the war against the Erev Rav is the most difficult and bitterest of all. We must strengthen ourselves for this war, anyone who does not participate in the battle against the Erev Rav becomes, Defacto, a partner with the klipah of the Erev Rav, and was better off not being born in the first place."     Again, with our new understanding that we are discussing Erev Rav TRAITS and not Erev Rav people, we can now understand the Vilna Gaon’s words in a completely different light.

The fight being described here in Kol HaTor is discussing the internal struggle that each and every one of us has to overcome the negative character traits typically associated with the Erev Rav.

Yet that is the main work of overcoming the klipah of the Erev Rav, and the main way that Mashiach is being delayed is because we aren’t getting to grips with our own negative character traits that are keeping us far away from developing a genuine relationship with Hashem.     Rabbi Simcha Issachar Ber Halberstam, the Divre Simcha, writes: "The root of our deficiency comes from what the Erev Rav do to us. As it is written in the Zohar: "They (the Erev Rav) damage Israel more than all the nations."     "And one has to strengthen oneself with great emuna (faith), because Israel was redeemed from Mitzrayim (Egypt) only in the merit of faith, and so it will be with the future redemption, that we will need great faith, because we will see how the ways of evildoers succeed.     When we look at the ‘evildoers’, it seems that they can live very good, often very successful lives that are completely disconnected from any spiritual considerations or acknowledgment of the Creator.

But the truth is, we need to work on our emuna, and on uprooting whatever character traits are preventing us from truly acknowledging Hashem in our lives. And if we do that – we’ll get the personal and national geula (redemption).     In the final instalment next week, we'll look at what percentage of the Jewish people may come from the Erev Rav. 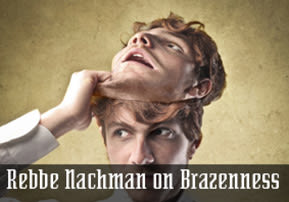 There are those who are great apostates and heretics, but they do not reveal their heresy, and people are not aware of the need to guard themselves from them...

Beautiful Edging for Tallit – with Stones

Orchos Tzaddikim – The Ways of the Tzaddikim, Pocket Edition

New!   The Book of Psalms in a new edition with interlinear translation and comments   Hardcover, 360 pages   Your trusted companion!

The amazing paintings of the painter who touches the heart of the Jew - Yehoshua Wiseman. Artist Yehoshua Wiseman brings a spectacular and unique oil painting of the Moshiach coming towards the Temple Mount that will soon be rebuilt. In shades of blue, orange, red, and yellow. View of the Temple. Painting is on canvas stretched on a wooden frame.   Image size - 50 * 35 cm.