1932: The Jewish ‘grape vine’ has information that the Brown Shirt’s are already getting military training and will soon be getting firearms as well… 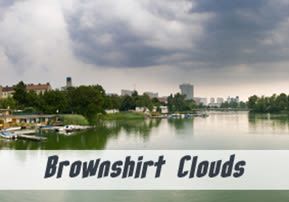 Meanwhile on a fine afternoon in the autumn of 1932 in grand Vienna, the city of the Blue Danube, the Waltz, Kneissl skis, delicious cakes made more of whipped cream and butter than flour —

“Moshe Paul, look at you!” his mother shouted, “Just look at you, bruised, dirty, your shirt torn. You and your rowdy friends got into another silly fight?”

“Boys will be boys Mama.”

“Go clean yourself up and change your clothes. You and your friends are 17 years old already. When will you boys calm down?”

“Yes Mama I’ll go clean up. Sorry I cause you grief. We didn’t look for this one. A gang of thugs from the third quarter came over and beat up cousin Rudolf Klinger and Bobbi Levi, and stole their bicycles. We went to rescue them. You know that the police won’t do anything to help Jews or catch those thugs.”

“Nu, fine but why are you always involved in such things?”

“Oh, Mama, you know I care about my fellow Jews. Also we have so many cousins that almost every attack by neighborhood gangs involves at least one of them. Really Momma can I let family get hurt and stand by doing nothing?”

“Nu fine what can I say? Go wash up and come down for dinner.” “Martha, please bring a clean set of clothes to the bath for our knight in shining armor. Ernst, hot water for his bath, please.”

Moshe Paul climbed the oak staircase with the carved cherry wood banister and went to the bath. There Ernst was already preparing the bath. They chatted while waiting for the water boiler to heat enough for the bath, and for Martha to bring fresh clothes.

“Master Paul”, said the servant Ernst, “You and your friends must be more careful.”

“Why do you say that Ernst?”

“You know the servants ‘grape vine’. Before you came home I already knew about the fight you and your buddies were in today. And I know about your group and what you do. But don’t worry, as you see we have not told your mother, Frau Hermina.”

“Good, thank you. Thank God she believed my story too. Well it is at least half truth. I wouldn’t want Mama to know that I am in the Yuden Bundt. It will likely soon come a day that it would be dangerous for her to know.” Silently he thought to himself, ‘and not just a member but an officer and secret weapons maker, and whenever Ze’eiv comes to Vienna I am his body guard.’

Ze’ev Vladamir Jabotinski, was a controversial man of vision, a man with guts. Early on he saw the oncoming danger to European Jewry that would come from that little Austrian madman who gained power in Germany. Ze’eiv wanted to Jews to get out and to be ready to fight for their survival. The Vienna Yuden Bundt crew was operating by his inspiration and guidance. They were the youths of the Herut Movement.

Paul Feldman, Stephan Goldschmidt, Moti Klinger, Aharon Glick, Dudi Shmerler and Moshe Paul were the core of the defense crew in their neighborhood and in the high school.

Paul Feldman was later during war to escape to the U.S.A. to become a heavyweight wrestling champion.

“You know Ernst, that in a few months I will be eligible to go to the army to get military training. It will serve us well to fight better against those who seek to harm us.”

“Yes, master Paul. Yet even so, I tell you that you and your friends must be careful. The ‘grape vine’ brings us information from the Brown Shirt’s side as well. They are already getting military training and will soon be getting firearms as well. On top of that, in the police they have more and more sympathizers. The police soon will not only refuse to help Jews against the Nazi Youth gangs, but will help those gangs against you. In case you haven’t heard any news lately, there is growing fear that the Anschluss will hit Austria soon, and there is great effort to infiltrate the police force and army command with their sympathizers.”

“Thank you Ernst, though Ze’ev has already warned us about the approaching take over by the Anschluss. He has ordered us that the day Austria falls to the Nazis we are to leave immediately. By the way that reminds me, I need you to buy me some items for survival, a hunting knife etc. I will give you a list and the money.”

“As you wish young master. Well the bath is ready and here are your clean clothes. Wash up quickly and I’ll clean up the bath room when you’re done. Your mother is waiting for you with dinner. Oh and here is the bottle of iodine for your scrapes if you wish.”

After the hot bath, Moshe now refreshed and polished descended the decorative stair case and entered the posh dining room. His mother and the kitchen servant were awaiting him.

“Mama, here I am, sparkling clean. What a wonderful smelling gulash (stew). You are indeed a kitchen marvel, God bless you. You can teach our cooks their profession.”

“Thank you Mosheleh, now sit down and eat please.”

“Mama has Papa returned from his sales tour yet?”

“Not yet. This tour is a little longer since he’s going through Yugoslavia as well. He’s using the trip as a way to get to visit with his big brother Layish too.”

“Uncle Layish?! Oh I haven’t seen him in a long time. Pity Papa didn’t take me too. I love visits with him. I remember him still wearing the turban and long cloaks like our previous generations. I remember when I was six and Papa took me to visit uncle's home in Yugoslavia seeing him fire his rifle while standing on horseback. Not only shooting, but hitting bullseye of the target while stepping from one horse’s back to another with both horses running.

He’s a master swordsman too. Mama did you know that he is a super horseman & rifleman as well? Well at least he came to visit here now and then and sent his sons sometimes.”

Pondering to himself he recalled the training sessions in the woods, learning the ancient martial arts system used by King David and his brethren in the Tribe of Judah. “Ben Teimah … light as an eagle … audacious as a panther …” The system served him well against the Brown Shirts and would yet serve him well later in life too.

“Oh yes Layish is indeed a dashing fellow. You know Moshe, you do look a lot like him too.” 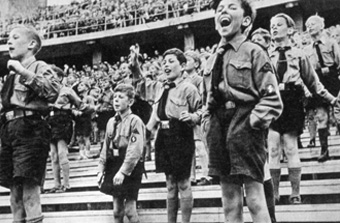 Photo above: Rally of Hitler youth 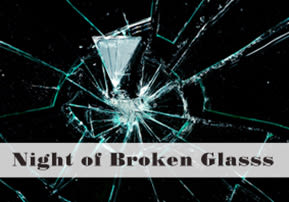 2 min
Holocaust Remembrance Day: A Cruise and a Camp

The Weekly Midrash Volume 2 From 1610 until the Holocaust, every Eastern European Jewish home had a Tz'enah Ur'enah on its Shabbos table. At least 210 editions of Rabbi Yaakov Ashkenazi's classic combining Torah commentary, Midrashic insights, and ethical teachings on the weekly sidrah have appeared. Now available in this new, faithful, beautiful translation, illustrated with woodcuts from the 1726 Frankfurt edition, it is an inseparable companion on Friday nights, Shabbos afternoons, or any other time. The perfect gift for any occasion. Includes weekly and festival Haftaros, five Megillos, the story of Chanukah and of Tishah B'Av. Translated by Miriam Stark Zakon. Complete in two volumes.Artscroll, hardcover, 1108 pages

Itzik Orlev in his album, Maagalim. Sure to be played and enjoyed again and again. 11 tracks.