The Sefirot may be viewed either in terms of the causal chain through which one develops from another... 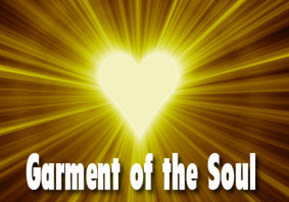 Just as the garb of the soul affects the way it acts in the body, so too all the garbs of the various Sefirot and Partzufim change the action of the Line clothed within them.

Garment of the Soul

5 min
The Mystics of Hebrew Letters

New menorah  style for 2020!   Elegant menorah made of glass including with a crystal ball underneath the cup for lighting and with crystal chips in the stems.   Four elegant columns.   Size: 30 x 26 cm.   Comes in a luxurious gift package.

A Portable Hebrew/English Tanach This edition of The Koren Jerusalem Bible offers all the features of the single volume edition in a compact, three-volume set. Carry a single volume in your pocket or travel with the set. Standard size, hardcover, Hebrew/English. Koren Publishers, 2100.

Momentum – The Secret to Success

Author: Mordechai Weinberger, LCSW   Did you ever wonder what stops you from getting to your goals?   This powerful book by master therapist Rabbi Mordechai Weinberger LCSW lets us hear the inner voices that hold us back, and then arms us with dozens of powerful strategies to rev up our momentum and use our gifts to their fullest.   Broken into short, readable and doable steps, Momentum will show us how to Use the "Winners Formula for Success" to achieve our full potential identify the voice of "The Opposition" and move way beyond it Recognize the cognitive distortions that get in our way - and overcome them STOP STOPPING and get the momentum that will lead us to where we want to be!   To make our journey to fulfilling our potential easier and, yes, just plain fun, Momentum also includes cartoons, motivational quotes, and tests to help us become more self-aware. So get that momentum going - and get ready to toss away your excuses and live your best life! Hardcover, 367 pages

New at the Breslev Israel store!   A green, hamsa-shaped sticker with the caption: There is No Despair in the World at All. Hebrew. 16x23 c"m.   Cute item! Order today!