The Sefirot are the attributes of the Supreme Will and actual Godliness. This is not so in the case of the Other Side, which is a created realm brought forth by the Supreme Will… 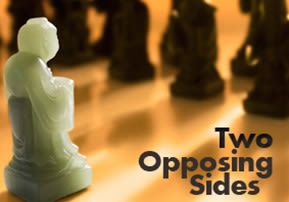 Opening 30, part 7
…This means that the entire array of the Sefirot was to unfold. Here we are calling all the Sefirot one side — the Holy Side — and the whole of the Other Side a different side, for the reason we have mentioned. For the power of Judgment and the root of evil that we have mentioned in relation to the Sefirot is all called one extension from the primordial Root, in accordance with the Tzimtzum willed by Him. All that we can discern is that the power of strict Judgment contained in the Sefirot is the newly-instituted root of evil, because of the power of the deficiencies revealed through the Tzimtzum.
For when what remained of the primordial perfection was joined together with what newly came into being in the Tzimtzum, i.e. the power of deficiency — it made the Sefirot. But this very power of deficiency itself came forth through the will of Eyn Sof, blessed be He. All that we can discern is that the Sefirot contain what exists in virtue of the primordial existence, which is entirely good, together with what exists on account of what came newly into being through the power of His will — deficiency, which is the root of evil. However, everything is one extension: what is left of the perfection together with the newly-created deficiency jointly constitute the Sefirot.
Afterwards, this new innovation became the root of the Other Side, after which the Other Side itself emerged in parallel with the downward extension of the Sefirot. It is of these two parallel extensions, the Holy Side and the Other Side, that the verse says, "God made also this one against this one" — but always with the differences we discussed earlier. And the beginning of the Other Side is always lower than the end of the Holy Side. Thus it says, "And God divided between the light and the darkness" (Genesis 1:4).
But as to the root of the Other Side in comparison with that of the Holy Side, it is almost forbidden even to ask if there is any equivalence between them (God forbid). For the root of the good is the one, unified, primordial, eternal Master, blessed be He and blessed be His Name for ever and ever. On the other hand, the root of the evil Other Side is merely something newly brought into being whose entire existence depends only on the fact that this is what was willed by the Supreme Will. Had He not willed it, it would not have existed, and if He did not want it, it would not endure. When He no longer wants it, it will no longer exist, but "He will consume death forever and the Lord God will wipe the tears from all faces" (Isaiah 25:8).
The entire array of the Sefirot was to unfold on all their levels… This includes everything good that extends downwards in preparation for the needs of the lower creatures. This includes all that is necessary to benefit them as befits them according to their different levels (be they angels, men, inanimate, vegetable or animal), what is necessary in order to maintain them in existence (Sefirot in the form of circles, general providence), and what is necessary to benefit them according to their service (Sefirot in the straight, upright form, individual providence).
…with all that they generate… This refers to the separate creatures. For the Sefirot themselves consist of all the different measures and attributes of the Supreme Will. What they generate is what was created afterwards: the separate creation and the different offshoots of the Sefirot — the souls, the angels and all the creatures in the world. .all with a view to bestowing good: All this is called one continuation, because, whether small or great, they all constitute an orderly creation, each part according to its purpose. This is not so in the case of the Other Side, which is all a realm of destruction and ruin, which is why it is called the Other Side, as we will discuss below.
.while a created realm was to be brought into being. The Other Side is not like the Sefirot, which, being the attributes of the Supreme Will, are actual Godliness. This is not so in the case of the Other Side, which is a created realm brought forth by the Supreme Will just as He brought all the other creations into being out of nothingness.
To be continued.
(Rabbi Avraham Greenbaum is the director of Azamra (http://www.azamra.org/). The 138 Openings of Wisdom is available for purchase online at http://www.azamra.org/Product_pages/openings.htm) 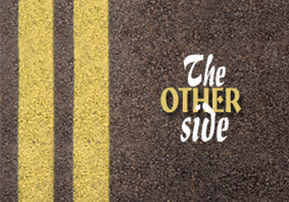 3 min
The Task of Evil

5 min
The Radiance of Adam Kadmon

New!   A book that should make an immense contribution toward healing this fracture within our family   All Jews, both Orthodox and non-Orthodox, who read this book will benefit immensely from it   Hardcover, 366 pages   If bringing brothers together is important to you, you must read this book!

An Interactive Book of Rhymes. Written by Bruriah D., illustrated by D. Gold.Answer the riddle on every laminated and durable page.  Feldheim, hardcover.