At the height of the dramatic confrontation between Joseph and Judah, when Joseph reveals himself to his brothers, he discovers the principles of emuna… 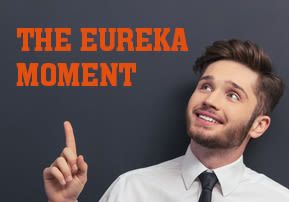 "And now, it's not you who sent me here but Hashem, and He made me Pharaoh's chief advisor and lord over his entire household and governor of the entire Land of Egypt…and I will provide for you." (Genesis 45:8-11).

Are you old enough to remember the Johnny Carson show? His master of ceremonies, Ed McMahon, would introduce the star of the show by saying, "And now, heeeeeeere's Johnny!"

Going even further back in time, when I was a little boy, all of America was glued on Sunday nights to the granddad of all variety entertainment shows, "The Ed Sullivan Show." Before host Ed Sullivan would step on stage, a voice would announce grandiosely, "And now, heeeeeeere's Ed!"

Our sages teach us that that the Torah doesn't waste a single letter, much less a word or a phrase. So why does Joseph preface his declaration of emuna and conciliation to his brothers by saying, "And now"? This certainly wasn't any variety-show circumstance to take lightly, but a serious and dramatic confrontation that could have ended in war if Joseph would have delayed in revealing himself another moment longer.

Joseph's brothers were afraid that he would kill them or at least exact every ounce of retribution that he could. They knew that their intentions were the worst. Simon and Levi wanted to murder him on the spot. 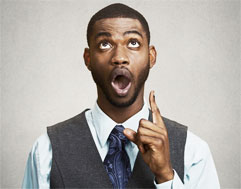 Judah wanted him sold into slavery to some faraway master, which although bloodless, was tantamount to death. Reuven had him thrown into a pit of poisonous snakes and scorpions. All of the brothers complied. In their minds, Joseph, now the Viceroy of Egypt, will respond "normally" and use his power to extract the years of pain he suffered from their flesh.

But, Joseph doesn't respond "normally". He reacts with emuna. His heart and brain fill with a holy spirit of Divine illumination and he realizes for the first time that everything that happened to him was all for the best. He reflects on what his brothers wanted to do and compares it with what Hashem actually did. He doesn't remind his brothers what they plotted against him, for he sees that they have great remorse. Instead, he teaches them the three principles of emuna, namely:

1. Everything is from Hashem;

2. Everything Hashem does is for the very best;

3. Everything Hashem does is for a purpose.

We can now understand why Joseph precedes his remarks with, "And now." This is the very moment when Joseph himself comes to the realization that all his suffering was from Hashem, for the very best and for a purpose. With that thought in mind, let's see exactly why Joseph said each word that he said:

And now… – this is Joseph's moment of realization when he fully internalizes in his heart the emuna that he was aware of in his brain.

…it's not you who sent me here but Hashem – Joseph is teaching his brothers the first principle of emuna, namely, that everything is from Hashem and that he is neither blaming them nor harboring hard feelings about his descent to Egypt.

…and He made me Pharaoh's chief advisor and lord over his entire household and governor of the entire Land of Egypt – Joseph is showing his brothers the second principle of emuna, how everything Hashem does is for the very best, even though their intentions were the opposite.

And I will provide for you – He tells them that they now have a refuge to bring their father Jacob and his entire family to and thus prevent them from starving in the famine that plagued their homeland of Canaan, thus showing them the third principle of emuna that everything Hashem does is for a specific purpose.

Joseph's lesson to his brothers exemplifies the main purpose of the Book of Genesis and its detailed accounts of our forefathers' annals, all for the purpose of teaching us emuna. 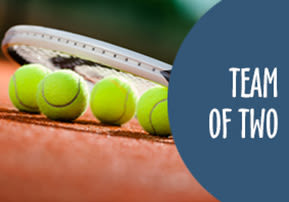 Betzalel was intelligent, highly talented and a scion of the best family in Israel; so what does he need a partner like Oholiav for?

3 min
Vayakhel: Together, But Separate

New   The Bible - Book of Job with the Jerusalem Commentary, an English translation of the Hebrew commentary Daat Mikra   Big format, hardcover, 434 pages     An absolute must have in every Jewish home!

Disk number 3 in a series of live concerts featuring a 17-band orchestra and the Tiferet HaMizrach Choir. 4 tracks.

A guide to the laws of family purity for the Jewish woman. According to all traditions and customs.   By Rabbanit R. Shemesh. Hardcover, 294 Pages. Tfutza Publications.