Rabbi Yehuda Zev Leibowitz osb"m implored us to teach proper conduct between man and fellow man, for we're all Hashem's children who must treat each other with maximum respect… 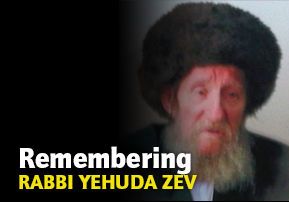 Few people know that Rabbi Shalom Arush's main spiritual guide and teacher was the hidden tzaddik Rabbi Yehuda Zev Leibowitz of saintly and blessed memory, who departed the physical world on Elul 27, 5760 (September, 2010). Upon his passing it was exposed that he was the former leader of the 36 Hidden Tzaddikim (a secret group of righteous Jews in which the entire world is upheld in merit of their intense degree of holiness). It’s important we learn from him for our teacher and guide, Rabbi Shalom Arush may he be blessed, was his prime disciple for six years, and received Rabbi Leibowitz tefillin upon his passing.

Although it is no longer a secret of Rabbi Leibowitz famous three predictions that he made before his passing, (see Howard Morton’s article America Tomorrow) what isn’t known by the masses are his four major guidelines for the Jewish people as we approach the final redemption. In his last year of life, he requested from those near to him to strive and strengthen themselves in becoming better people. He stressed the importance of character correction, respect for our fellow man and to pray to Hashem for mercy on the Jewish people.

4. And the main point: Not to Yell

Rabbi Leibowitz taught that since there is no Holy Temple in Jerusalem today to offer sacrifices, our kind deeds atone for sins. He stressed the importance for each of us to strengthen ourselves in areas where it is most difficult for us, and to push ourselves beyond our comfort zones. For example, if you prefer learning Torah alone but know of someone who desperately needs to talk, invite that person into your learning session. Another example is if you are used to praying at a certain time but then are requested to pray at the house of a mourner and go ahead and do so- even though you experience the discomfort of being out of your routine, you perform a tremendous act.

Rabbi Leibowitz said that acts such as these are great kindnesses that carry the power to even sweeten the harshest divine decrees and atone for sins. Like an accepted sacrifice in the Holy Temple of 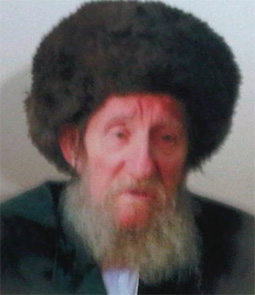 Jerusalem.  Good deeds such as these attract to oneself a great spiritual light that protects him, his family and all of Israel.

The Rav emphasized the spiritual principle that one who is merciful to others is treated with mercy in the upper worlds. The idea that we are trying to emphasize here is character correction especially in areas which are uncomfortable for us regarding mercy. For instance you may feel perfectly justified in punishing your child, demanding a payment or fill in the blank to whatever situation… Rabbi Leibowitz stressed the need for us to work on areas which are difficult for us especially in interpersonal relationships. He taught his students and followers to recognize the opposition that is preventing us from being merciful in the world and push ourselves to be better and overcome, even when we see that we are justified in acting cruelly. He imparted upon his students to be aware of the inner resistance that shows up every time we are faced with an opportunity to do Hashem’s will and act mercifully. The Rabbi explains that one who faces up to the challenge opens up all the gates of mercy to him, his household and all of Israel.

TO GIVE IN AND LET IT GO

Rabbi Leibowitz taught that three times a day we say in the standing prayer, “may my soul be like dust to all” and that it’s our job to make this verse a reality. So many times our egos and pride are challenged. We expect things to go our way and the minute things start getting shaky we can lose our patience and react rather than respond (more often than not regretting what we did). In order to strengthen ourselves, Rabbi Leibowitz offers the tip of focusing and repeating with great intent that specific verse in the standing prayer “may my soul be like dust to all.” He says that by doing so a person receives magnificent spiritual powers to go above his natural self and rise above, to give in and ensure peace. Take for instance what occurred between King David and Shimi ben Gera, in which the later cursed King David, Moshiach himself! Kind David’s guards were ready to pounce and kill Shimi. But how did David respond? With emuna! And he said: “Hashem told him to curse me.”

Rabbi Leibowitz explained that the one who gives in to the other person receives multiple times as much in the end especially in enhanced Emuna. The one who gives in shows his belief and complete faith in Hashem that the challenging situation he faces is a message from Hashem. Thus, he can continue to apply the three stages of Emuna to correctly go about solving his problem.

1. Everything is from Hashem

2. Everything is for the Good

3. There is a reason for everything.

Rabbi Leibowitz said in the name of The Ba’al HaTanya, we must realize that peace never comes out of arguing even if we think it is for the sake of Heaven. It is wise to avoid disputes since they lead to many stern judgments on a person.  At the same time, one who controls their impulse to react in the midst of a challenge is praiseworthy and brings blessing upon them. The main point is to do everything to see only the good in the other person and live in peace.

And The Main Point: Not to Yell

The Rabbi begged his followers to teach the principles that as Jews we are brothers, beloved children of Hashem and we have to treat each other with maximum respect and restraint. Not to yell at, embarrass, or cause distress to our fellow man at all costs. He strongly encouraged each of his students to beg Hashem for the strength to remain silent amidst personal conflict and yelling.

Although not always easy, let’ use the above laid out principles of peace as our guide into this new year, G-d Bless!

Here is the story of a girl who is coping with celiac disease. It gives strength and inspiration to children (and also adults) who are facing challenges or limitations!

Likutei Moharan - the One Million Edition!   BUY THIS ITEM WHEN SHIPPING WITHIN ISRAEL! The holy book of Rebbe Nachman of Breslev, which is a segula for health and healing, success, wealth, and shmira (protection) of all kinds - including accidents, fires, missiles and terrorist attacks.   A must have for every home, car, office, and classroom. Put it next to or above the bedside of a sick patient. Put it next to the bed of a birthing woman as a segula for an easy labor. Breslev custom is to have a copy of Likutei Moharan in every room of the house, and especially in the children's rooms for the protection of the child.   The foundational book of Breslev Chassidim. Rebbe Nachman taught that its publication marked the beginning of the Geula (Redemption), and that learning Likutei Moharan, even without understanding it, helps the neshama, just like learning the Holy Zohar. Rabbi Arush teaches that every single home should have a copy, and with every copy brought into another home, the Redemption is hastened! Hence the Campaign to bring one million copies into homes around the world, and bring the Redemption with mercy!   This edition includes a number of introductions that explain the importance of the book and much more. Includes both Liktuei Moharan I and II (Addition). Softcover, cream with gold. Published by Rabbi Arush's organization Chut shel Chessed Institutions. HEBREW.   For more information about the book, its meaning, and stories, including why Rabbi Arush wants every home to own a copy - click here.

Compiled by Rabbi Shai Graucher   As we read through the sefer, we can almost hear the voice of this incomparable gadol b'Yisrael in his Torah insights, his guidance in all matters large and small, and, particularly, in his stories, warm and personal, of his illustrious family. Here we will read about his father, the Steipler Gaon; his father-in-law, Rav Elyashiv; his uncle, the Chazon Ish; and, of course, his wife, Rebbetzin Batsheva Kanievsky.   Rabbi Shai Graucher is an almost-daily visitor to Rav Chaim. He pored through all of Rav Chaim's many Torah writings, learned with him, and collected his insights and comments on the Chumash. He has been privileged to hear many stories directly from Rav Chaim and his family and these, too, are included. Everything has been adapted and translated for maximum readability and clarity.   This book is an instant classic, a sefer that belongs on every Shabbos table!   Hard cover, 402 pages

New at the Breslev Israel store!   A pink, hamsa-shaped sticker with the caption: There is No Despair in the World at All. Hebrew. 16x23 c"m.   Cute item! Order today!