In 1967, the Klausenberger Rebbe foresaw the ISIS. He warned, "Our ultimate war with Ishmael will be a difficult one; we shall not prevail by military means..." 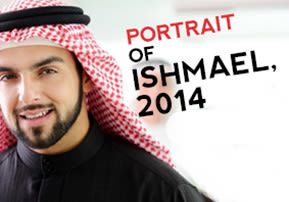 A recent issue of Mishpacha Magazine in Hebrew featured an article about the Klausenberger Rebbe, Rabbi Yekutiel Yehuda Halberstam of saintly and blessed memory, one of this past generation's greatest tzaddikim. Among other things, the Rebbe was quoted in the aftermath of the 1967 Six-Day War, when all of Israel was euphoric with the IDF's dazzling victory. Even the young men of the Klausenberger Yeshiva were singing the praise of the IDF generals, temporarily sidetracked from the sages of the Gemara. The Rebbe warned them: "Don't think that the Arabs will always run away; Ishmael will return, resiliently strong. Our ultimate war with him will be a difficult one; we shall not prevail by way of military means…"

Nobody understood the Rebbe back then. Only six short years later, Israel suffered surprise attacks from Syria and Egypt in the Yom Kippur War, in which over 2,500 Israeli soldiers were killed. Only a miracle saved Israel from catastrophe…

The Klausenberger Rebbe said more then, as well: "The Nazis killed my wife and my eleven children. I suffered from them in ways that defy description. Yet, the Ishmaelites outdo the Nazis when it comes to cruelty. I shudder to think what will be."

Worse than the Nazis?! Holy eyes see far. Today, we more than understand what the Klausenbereger Rebbe 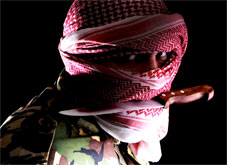 the Islamic State of Iraq and Sham (Syria), known as the ISIS, is the radical Islamist movement that is leading a shock offensive all through Iraq and Syria, having taken control of large segments of both countries. their express goal is to create one big Islamic Caliphate, or empire, in the Middle East. Any of their enemies – even fellow Sunni Moslems – fall by the sword. Wherever they go, they leave a trail of the worst atrocities imaginable. Says Bruce Riedel, an analyst at the Brookings Institution and a former CIA official, the ISIS atrocities “seem to have shocked not only the American intelligence community but intelligence communities across the globe.” The Western media and intelligence agencies never dreamed of such atrocities.

According to the UK-based Syrian Observatory for Human Rights, the ISIS fighters have publicly executed and crucified both rival Jihadists and Assad loyalists inside Syria in recent weeks.

Like a steamroller, the ISIS has now become the world's richest terrorist organization, having taken control of major oil fields in Syria and in Iraq. The ISIS also seized tremendous amounts of gold bullion from the Iraqi banks, which were left unguarded in the chaos accompanying the militants' takeover of Mosul, one of Iraq's main oil centers.

The ISIS is so radical that they regard Al Qaeda as squeamish and compromising. In fact, they have weakened Al Qaeda, for many of the latter's fighters have moved over to the ISIS. Recently,  its leader Abu Bakr al-Baghdadi has changed the group's name from the previous "Islamic State of Iraq and Ash-Sham" to "Islamic State." He has also appointed himself "caliph" and declared the re-establishment of the caliphate.

Our sages seem to think so.

How can we fight him?

Emuna is the only answer.

The Midrash tells how in the end of days, Ishmael (aka Arabs, Kedar) will challenge the Jews on the Temple Mount:

"Israel will say to the king of the Arabs, 'Take silver and gold and leave the Temple.'

The king of the Arabs will say, 'You have nothing to do with this Temple. However, if you want, choose a sacrifice as you did in the past, and we will also offer a sacrifice, and with the one whose sacrifice is accepted, we will all become one people.' The Jewish people will offer theirs, but it will not be accepted because the Satan will lay charges against them before The Holy One, Blessed is He. The descendants of Kedar will offer theirs, and it will be accepted…

At that time, the Arabs will say to Israel, 'Come and believe in our faith!'

Israel will answer, 'We will kill or be killed, but we will not deny our faith!' At that time, swords will be drawn, bows will be strung and arrows will be sent, and many will fall… (Sefer Eliyahu, Pirkei Moshiach, p. 236)."

Rabbi Chaim Vital substantiates the above Midrash. “At the End of Days, Israel is destined to experience the Ishmaelite exile. This fifth and last exile will be the most difficult of all. It is the exile of Ishmael".

Our faith will be tested in the most difficult way. As Job prophesied, the world will be like a great carpet that Hashem will shake, but those who hold on with emuna will prevail.

Our sages promise that emuna will both guarantee our future and our victory over Ishmael. Focusing on emuna should now be our highest priority.

we can with His help We can each make an impact with every prayer and mitzvah, may Hashem bring the redemption

We can each make an impact with every prayer and mitzvah, may Hashem bring the redemption

Ishmael First class article.Now the good news,yesterday the Jerusalem Post reported a speach by PM Netanyahu in which he said "with G-D's help" I hope this continues for the world to see!

Our core values are being eroded. We endure pressure on all sides to give up a Torah-way of life. Can we win this fight? YES!! The answer is in ... Mitzrayim!

Sticker – The Wonderful Virtues of the Power of Thought, 3D

High quality original sticker (bubble, crystal), painted to order by the talented artist Ravid.   Also suitable for outdoor use such as gluing on a vehicle.   Size: 14 * 14 cm.   The stickers are suitable for cars, computers, refrigerators, windows, and anywhere you want to light up.

New!   Kitzur Hilchos Shabbos - Breslev Israel   Hardcover, approx. 1000 pages - unnumbered   A must read for both the well versed and the beginner!

Yissurim: A Blessing in Disguise

Yissurim: A Blessing in Disguise It is very important to be able to appreciate  and understand the value of yissurim and the great gains one can acquire through them. In this masterful work Reb Leib Gershon has uncovered twenty-four different "blessings" that a person reaps through his suffering. Yissurim: A Blessing in Disguise  is a work of deep chizuk, one that will enable every reader to better deal with whatever he is "blessed" with, even if the blessings seem very far away. If you seek the wisdom of experience in coping, transforming  and recognizing your challenges into the blessings they truly are, this book is your key! Don't miss out! Order today! By Leib Gershon Seligson. 168 pages.