Fighting Back the Darkness

Do you want to make a positive impact on the world? Here's a concrete way to do just that!

Personal holiness has a direct effect on all that happens in one’s life and in the world. All the actions of the world, all the blessings and influences, are all dependent on Shmirat Habrit.  Rebbi Nachman of Breslev

What do Jews call “Mother Nature”? We call it by its Hebrew name, הטבע (Hateva).

In Hebrew, every letter corresponds to a number. If you add the numbers of the letters that spell “Mother Nature” in Hebrew:

The number 86 the same value for Elokim, the Name of G-d. It’s the name of G-d’s attribute of justice. The side of Hashem that doesn’t show mercy.

If clouds get saturated, it is going to rain – even if a group of sweet deer haven’t yet found shelter. If there is water on your lawn that is pooling p into puddles and the outside temperature is less than 0° Celsius, the water will freeze – even if your cute puppy will slip and fall.

Using the Jewish notion of “Mother Nature”, Ellen DeGeneres told the world:  “We need to be nicer to G-d because G-d is not happy with us.”

When did she say this?

She said it during the first week of shovevim! [Editor:“Shovevim” is the 6-week period named as an acronym for the six Torah portions from the week of Shemot up to and including the week of Mishpatim (Shemot, Va’eira, Bo, Beshalach, Yitro, Mishpatim). The Shovevim period is a most conducive time for enhancing personal holiness.]

She said it during the first of the six weeks that Hashem gives extra mercy and blessing to those who work on their personal holiness.

Today, we can rescue mankind by taking real steps to attack the only darkness that we can eliminate – the darkness inside ourselves.

Our mission in life is threefold:

According to the Tanya, the struggle against our darker urges is the meaning of life. This is the Divine Service. Alongside learning Torah, praying to Hashem, and doing acts of kindness is fighting every inner urge for licentiousness.

The War of Gog and Magog

This is the war that God put us in the world to fight.

The War of Gog and Magog is a war between the Jewish People and the combined forces of impurity. Every moment that you stand up against these forces, you are conquering the world and leading the war effort against the Devil himself.

This is the reason why the Sages call Judaism “military service” (מילואים). Being a Jew is being a soldier. You are on call every moment. At any moment, you can be forced out of slumber and called to battle.

It can be late at night. You are reading an amazing article by Rabbi Arush. Before you turn in, you want to see how your favorite team did. You click the Sports page looking for final scores, and instead there is an immodest woman holding a six pack of beer.

Right before you are about to retire for the night, your soul sounds the battle stations alarm.

It’s no different than an Israeli unit serving on the Golan. In the dark of night, when most of the unit is fast asleep, the border fence alarm can be tripped. The alarm goes off, giving 20 soldiers 4 minutes to go from snug in their beds to dressed in full body armor manning their post.

A Golani soldier is a national hero for three years.

A Jew performs such service for 120 years.

This is the war that Hashem put us in the world to fight.

When your soul’s alarm goes off because impure forces you push you to a forbidden site or place, you must force yourself to fight.

You have to try to read something, take a walk, talk to God – beg for His help to subdue these urges, go to the nearest Synagogue or Yeshiva and start reciting emergency Psalms, or open up a holy book and start learning until the Satan inside you sounds the full retreat.

This is How You Change the World

Ellen DeGeneres made this statement standing next to her home in California as it was being flooded with massive storms. The flooding was happening exactly five years after a massive inferno reduced large portions of the state to ash.  She was able to see the “dots” of flooding and inferno, but was unable to connect them to see Hashem’s message. DeGeneres could not understand that what was happening was due to more than climate change.

California is the epicenter of everything we are commanded to fight in this world. It is populated by people who actively spread perverse, abominable darkness to the four corners of the earth.

From DeGeneres’ mouth we heard: Hashem is angry at this.

We can choose to spread light or to spread darkness. Will we spread Hashem’s light, or will we fail and spread the Devil’s darkness with our indiscretions?

Rebbi Nachman teaches that what we do impacts everything around us. Resisting this urge brings peace, prosperity, and holiness to ourselves, our loved ones, and the entire earth.

If we succumb or stop fighting, things continue to deteriorate.

Rome was never defeated by any military. It imploded from abominations. Greece fell apart. Before the Jews entered Eretz Yisrael, it was populated by seven mighty nations, all of whom committed acts of personal defilement. G-d tells us that we replaced them not because of our righteousness, but because of their evil.

We lost the First Temple, prophecy, and the reign of King David by not fighting this battle.

Since the United States legalized sodomy in 2010, that nation has fallen apart. Homelessness has skyrocketed. Inflation has wiped away the ability of millions of families to make basic ends meet. Exactly like Rome, they are not being invaded by soldiers, but are overrun by foreigners breaching their boarders at an unprecedented scale.

An open Sodomite, Hollywood A-Lister, and progressive, Ellen DeGeneres is the poster child for what is happening. She promotes everything that is destroying the world.

For her to concede that this destruction is because Mother Nature/G-d is angry with us is an amazing admission – and a powerful warning.

We all want to make an impact on this world. We all wish we had the power of a Joe Biden or a Donald Trump to change things.

The fact is that you do! If you take one step towards this mitzvah, you are shaking the earth to its core. You are bringing Hashem’s light to mankind.

You are taking the worst darkness that has engulfed everyone and everything and removing it.

Even better: You are taking the deepest darkness and transforming it into the greatest light.

David Ben Horin lives in Afula with his family, millions of sunflowers, and Matilda, our local camel. David‘s Israeli startup, Center Stage Marketing, is a lean marketing agency for startups and small businesses that creates and promotes SEO optimized ROI-driven to the right audience on LinkedIn to make your business the star of the show.

The struggle against our darker urges is the meaning of life. This is the Divine Service.

Good catch! I made the correction. 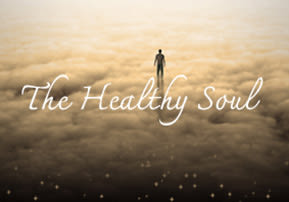 Each mitzvah we do connects us to G-d, and enables more Divine Light to shine into our souls. The more our souls reflect Divine Light, the healthier it is...

5 min
Pulling His Own Plug

The Empty Chair (Russian only)

Generations of readers draw inspiration from the books of Rabbi Nachman. Today, two hundred years after he left this world, his teaching is still alive, and our generation finds in it an exalted spiritual meaning. This small, but rich-in-content book contains the thoughts of Rabbi Nachman about how a person can achieve spiritual integrity by filling an empty chair - a devastated "I" - to leave sadness, find hope, and find joy.     Remember always: joy is not something secondary in your spiritual journey, it is necessary for it!

New at the Breslev Israel Store!   A gold-colored rhodium necklace with a Chanukah menorah pendant embedded with stones and decorated with a Star of David. Nadine Jewelry.   Special gift item! Treat yourself and your loved ones!

Bag for carrying your Tallit. In shades of black. The symbol for "Keter" and "Tallit" are in bold golden letters on front. Includes handle. Size: 36 x 43 cm.

Stories that Strengthen your Heart

New!   Collection of more than 50 stories to inspire us, entertain us and give us strength when we need it!   Hardcover, 300 pages   Wonderful reading material!

Just Imagine! We're Bringing Bikkurim   The mitzvah of bikkurim is a very special one! It is unique becaue it was a major event in past times. Many, many of the Jewish people participated in it and it was always very moving.   All of the people of an area would make their way to Yerushalayim together and there was lots of singing and dancing. Can you imagine how wonderful this was! How much joy was in the air?   This book presents a taste of the experience of the simchah and kedushah that we would have, if we had the Beis Hamikdash now.   Hardcover, 59 pages. Tfutza Publications. By M. Safra.   Convey the special and awesome experience of Bikkurim to your child today! Order now! Wonderful gift item!