In 1970, I was born to a Scottish father and a mother without a history.  My father became an ordained minister, and I would spend my childhood as an enigma to my parents. I wanted to be Jewish.

My earliest memory of this behavior occurred at age 5, when I refused to enter a model of the Holy of Holies and touch a replica of the Aron Kodesh at a museum. By age 7, I began having a recurrent dream of standing at the Kotel, where a bearded man would smile down at me. I prayed every night that I could bring just one Jew 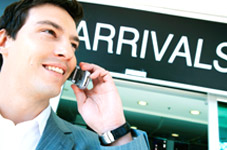 close to the Almighty. My family viewed my behavior as eccentric compassion, but as I grew into adulthood, some suggested that perhaps I had been "called" to evangelize the Jewish people.

As an adult, I spent hundreds of hours studying under prominent Evangelical apologists and resumed my childhood commitment to pray for the salvation of the Jewish people.

In 1996, I heard about a recording from Israel of some traditional songs. I desperately wanted to hear the Hebrew language. The day the tape arrived, the first thing I heard was the moment when the Temple Mount was recovered by the Israelis on June 7, 1967. I wept tears of joy as I listened to the blast of a shofar after two millennia of exile.

The next soundtrack gripped me so strongly that I listened to it until I had it memorized. It was a personal prayer to the G-d I had not yet discovered. I didn't learn until years later that I was reciting the Shema.

By 1998, I became increasingly uncomfortable during church services. The last time I attended, I felt as if I was suffocating. I never returned. Something was horribly wrong.

I acquired a computer and eventually located the Jerusalem Post via the Internet. I began writing letters advocating for Israel, and Jews flooded my inbox with emails. I embarked on a mission to learn why Jews shunned Christianity. One man was willing to answer my questions.

Over the following weeks, I sent him numerous claims that missionaries use as "proofs." I asked about Psalm 22, Daniel 9, Isaiah 53, Zechariah 12-14, and other passages. Knowledgeable Jews are unfazed by such seemingly sound evidence. Imagine my surprise when every point I made was easily refuted!

Eventually, I stumbled onto Rabbi Singer's website called Outreach Judaism. I read his articles and the anti-Semitic writings of Martin Luther. In an instant, my entire lifetime of theology collapsed like a house of cards! I wrote to Rabbi Singer and apologized to the Jewish people, pouring my heart out about the responsibility I felt for being a part of such a shameful history.

I studied secretly for months. I read every book I could get and taught myself to read Hebrew. I acquired a Siddur and began davening. My thirst for Torah became increasingly unquenchable.

I lit Shabbos candles for the first time in 2002. It seemed natural and familiar. I felt a surge of joy unlike anything I had ever known. The Judaism that I was adopting seemed more like uncovering something within than adapting to a new way of life.

I contacted a rabbi after the Pesach Massacre in Netanya. I wanted to join in the destiny of the Jewish people. The rabbi agreed to meet me. Before I left, an email from Rabbi Singer arrived. It said that I was not to blame for being raised in another religion, and he offered to help in any way he could. As an aside, he commented, “You are probably Jewish.” The timing was perfect.

At the Orthodox shul I choked on my words. I could only hand the rabbi that email. Tears sprang from my eyes. I knew that I was willing to give up everything I had ever known for a life of Torah. He reassured me and agreed to help me study for conversion, while reminding me that I would have a very restrictive life and I should reconsider. Yet, as the months passed and I became increasingly observant, I was freer than I had ever been.

When my family discovered what I was doing, they pleaded with me to change my mind, told me I was condemning my children, and warned me that I may be killed by the coming "antichrist." I found myself in the midst of a firestorm of exhausting debates. Life became an exercise in stubborn determination.

During an intense conversation, my mother suddenly blurted out, “I was afraid this would happen because of me!” I finally learned the truth. In 1985, mom had discovered her family history. My Sefardic maternal forbears had migrated from Amsterdam to the Carolinas. Like many southern Jews, they had fled into Kentucky during the Civil War. My ancestral mothers never adopted Christianity, but through intermarriage, they broke from their roots.

My grandmother was 28 when stricken with tuberculosis. Her husband had died, along with four children. Aggressively proselytized by preachers and told that she would never see her lost children if she didn't convert, she was baptized one week before her death. My mother was four years old. She was placed in a Christian home and taught to believe that our tragedy was G-d’s way of “saving our souls.” It was much like the lie told the monotheistic Cherokee, from whom we are also descended.

Everything I had felt as a child now made perfect sense. My "eccentric compassion" was no longer inexplicable, but the inner cry of a kidnapped Jewish soul.

I chose to have a conversion to remove all doubt in 2003. I immersed in the mikvah, accepted the yoke of mitzvoth and I was home. The identity confusion I had lived with evaporated. My childhood flashed through my mind like a slideshow, and now I understood. Hashem had granted my sincere prayer to save “just one Jew”—me!

I too am on the same path

I had been a "born again" Christian for 30 years. I served as an evangelist to the Jewish People for 26 years. In 2011 Hashem opened my eyes to the fallacy of Christian idolatry. Right now I am a Noahide waiting for Hashem to open the door for me to convert. I was recently told by an Orthodox Jewish woman, who has no clue to my faith journey and thinks I am a Christian, that I have a "Yidddish Neshama". I agree but I do not know if I have any Jewish ancestors in my family which originally hailed from Sicily. B"H. By the way, many thanks to Rabbi Brody for so greatly encouraging me in emmuna.

I had been a "born again" Christian for 30 years. I served as an evangelist to the Jewish People for 26 years. In 2011 Hashem opened my eyes to the fallacy of Christian idolatry. Right now I am a Noahide waiting for Hashem to open the door for me to convert. I was recently told by an Orthodox Jewish woman, who has no clue to my faith journey and thinks I am a Christian, that I have a "Yidddish Neshama". I agree but I do not know if I have any Jewish ancestors in my family which originally hailed from Sicily. B"H. By the way, many thanks to Rabbi Brody for so greatly encouraging me in emmuna.

if only we Jews could be as passionate about our own religion!!!! Your story makes me not only proud to be Jewish, but makes my soul burn that much brighter to know that Hashem is working day and night to bring ALL of us closer to Him, no matter who we are.

Perach Yisrael: A Woman’s Guide to the Laws of Niddah

Outpouring of the Soul

Outpouring of the Soul When the summer begins to approach, go out to meditate in the meadows. When every bush of the field begins to return to life and grow, they all yearn to be included in your prayer. Rebbe Nachman gave pride of place to the spontaneous, improvised prayer uttered in one's own language and springing from the heart during hitbodedut. This handbook of his teachings on prayer includes Rabbi Kaplan's scholarly introduction, setting hitbodedut in its context within the history of Jewish prayer and meditation. Translation of Reb Alter of Teplik's classic "Hishtapchut HaNefesh," a compilation of Rebbe Nachman's teachings on Hitbodedut. Translated by Rabbi Aryeh Kaplan. Softcover, 72 pages.

Magnet – The best day! – in Hebrew

Magnet - The Best day! - in Hebrew

Timeless Tales - Tefillah Comics   You've heard all about Tefillah. No wwe'd like to invite you on an exciting journey, like no other trip you've ever taken before... Fly on the wings of your imagination to a small village from days gone by. Join Yanky and his friends as they meet fascinating characters from the tales of his wise Zeidy Ephraim. Each story is an aventure and a unique Tefillah lesson - all wrapped up in a fun, colorful comic.   Gather round to receive a meaningful and delightful gift from Zeidy Ephraim.

In this groundbreaking work, R' Yaakov Klein takes the reader on a breath-taking journey through the first lesson of Rebbe Nachman's magnum opus, Likutei Moharan.   Renowned for its unparalleled brilliance, penetrating depth, and remarkable ability to demonstrate the unity of the entire Torah, Likutei Moharan is also known for its extreme profundity. Now, for the first time, a gateway has been constructed to this mighty world of the spirit, granting every Jew access to the sweet illumination of the tzaddik's Torah revelations, regardless of background or religious level.   Read Sunlight of Redemption and experience awesome joy - part and parcel of the clear, fundamental outlook on our lives and the world around us emanating from the very heart of our holy tradition.