Shlach Lecha: The Sin of the Spies

The spies defamed the Land of Israel; we can rectify this sin by praising our beloved homeland wherever we go, focusing on all her wonderful attributes… 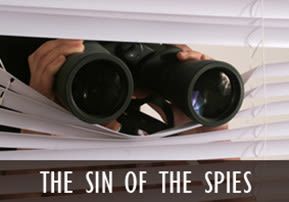 One of the greatest tragedies in the history of the Jewish people occurred when the spies sent by Moses returned with a frightening report about the Land of Israel. Their dire warnings of a "land that consumes its inhabitants" convinced the people that they would be better off returning to Egypt.

Unlike all the other occasions when the Israelites rebelled, this time Moses was unable to annul God's decree. 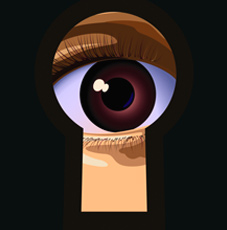 The entire generation died in the desert, never making it to the promised land. The best Moses was able to do was to delay the punishment for 40 years.

In a letter from 1908, Rav Kook wrote that we still suffer for this catastrophic error. The root cause for all exiles and humiliations of the Jewish people, throughout their long history, is due to the failure to correct the sin of the spies.

How can we rectify the sin of the spies?

To truly repair this national failure, we need "teshuvat hamishkal"  – a penance commensurate to the sin, thus 'balancing the scales.' If the spies defamed the Land of Israel, as it says, "And they despised the desirable land" (Psalms 106:24), then we must demonstrate our great love for the land.

"(We must) declare to the entire world its magnificence and beauty, its holiness and grandeur. If only we could express, with what may appear to us to be greatly exaggerated, even a ten-thousandth of the desirability of the beloved land, and the splendorous light of its Torah, and the superior light of its wisdom and prophecy!


"The quality of delightful holiness that Torah scholars seeking the Divine may find in the Land of Israel does not exist at all outside the Land. I myself can attest to this unique quality, to a degree commensurate with my small worth." (Letters, vol. I, pp. 112-113)

For Rav Kook, this recommendation on how to address the sin of the spies was not just a nice homily. Stories abound of his burning love for the Land of Israel, and his indefatigable attempts to encourage fellow Jews to move to Eretz Yisrael. Below are a few examples:

During a fundraising mission to America in 1924, Rav Kook tried to convince a wealthy Jew to immigrate to Eretz Yisrael. The man gave various reasons why he could not yet leave America, but concluded, 'God willing, I too will soon make Aliyah to Israel.'

Rav Kook replied to the man, "God is certainly willing. After all, settling Eretz Yisrael is one of His commandments. But you also must be willing …"

Once, in America, a number of shopkeepers asked Rav Kook if there exists some leniency in Jewish law that permits one to work on the second day of Yom Tov.

"Yes," he replied, "there is a leniency that is accepted by all halachic authorities."

The shopkeepers were thrilled. They eagerly asked for details about this leniency.

"Come to Eretz Yisrael," Rav Kook smiled. "Then you will always be permitted to work during the second day of Yom Tov."

Once, a Jewish tourist visited Rav Kook in Jerusalem, seeking advice as to the possibility of living in Eretz Yisrael. During the discussion, the visitor calculated the pros and cons of moving to Israel, and in the end decided that it was not worthwhile.

"Before the Israelites entered the Land in the time of Moses, they first needed to kill Sichon, king of Heshbon. This teaches us that one should come to the Land of Israel without making calculations ("bli heshbon").

Kissing the Rocks of Acre

Rav Kook explained that if Rabbi Abba had kissed the soil of EretzYisrael, we would assume that his love for the land was due to the special mitzvot that are fulfilled with its fruit — tithing, first fruits, the sabbatical year, and so on. Only the soil, which produces fruit, reflects the importance and holiness of the land.

But Rabbi Abba's love for the land was not dependent on any external factors (see Avot 5:16; Orot p. 9). Rabbi Abba cherished the intrinsic holiness of Eretz Yisrael. He recognized that the special qualities of the Land – such as its receptivity to prophecy and enlightenment — go far beyond the holiness of those mitzvoth connected to agriculture. Therefore, he made a point of kissing the barren rocks and stones.

Rabbi Chanan Morrison of Mitzpeh Yericho runs http://ravkookTorah.org, a website dedicated to presenting the Torah commentary of Rabbi Avraham Yitzchak HaCohen Kook, first Chief Rabbi of Eretz Yisrael, to the English-speaking community. He is also the author of Gold from the Land of Israel (Urim Publications, 2006). 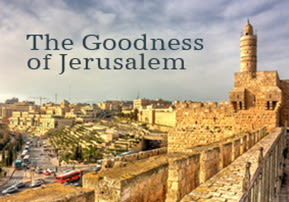 It may appear as if the dissatisfied visitors are the ones who reject the Land of Israel. But in fact, it is the Land that rejects them...

Shlach Lecha: The Goodness of Jerusalem

2 min
Searching for The Temple

An ancient tale for everyone - young and old. The tale is about a boy and girl who become lost in the forest and meet at seven beggars.   A poignant, mysterious story with deep messages. Throughout, we see how the tragedy of two lost children leads to their union with innocence and great love.   We learn from the wonderful personalities of the seven beggars about their qualities. They are not the simple beggars as they seem. In fact, they are great heroes and leaders. They have particular strengths hidden under their simple dress and modest demeanor.   Look, listen and see who they really are and what degrees of wisdom they have achieved   The wonders of Rebbi Nachman's stories!   Decorated with spectacular illustrations.

Chamsa Sticker - small gray With phrase "Everything is for the best" in Hebrew - Measurements: 14 x 20 cm