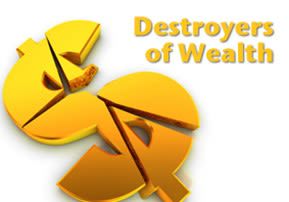 The Garden of Riches, Part 29

Our sages teach that certain transgressions trigger financial difficulties in order to stimulate self-assessment and subsequently, atonement. Let’s look at a few common areas to see how this works in practice:
Mockery and Cynicism
Our sages teach that those who mock others suffer financial loss. The Gemara says (Avodah Zara, 18b), “So says Rabbi Ketina: Anyone who makes a mockery of things is destined to lose his money, as the prophet declares [Hosea, Chapter 7]: ‘He stretched out his hand toward the scorners.’”
Rashi, one of the foremost commentators on the Torah, explains this verse as follows: Hashem ‘pulls’ the hand of those who scorn. Hence, when people mock and make fun of righteous people, Hashem takes away their money and gives it to the people they are ridiculing.
Anyone who makes a habit of ridiculing and deriding people will eventually suffer severe financial setbacks. Even an incredibly wealthy and respected individual who makes a habit of ridiculing others will still end up a pauper. 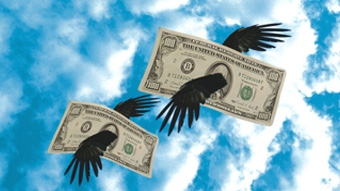 Sorrow and Sadness – Destroyers of Wealth
Another factor that can cause people to fall into poverty is sadness. Sefer Hamidot (Money, 89) states: “despondency leads to money loss.”
You might be thinking: “Wait a minute! Sometimes it’s good to be sad, particularly if I’ve done something wrong and I need to do serious teshuva.”
Beware! This is a ploy of the yetzer hara, the Evil Inclination, and a serious mistake. Rebbe Nachman of Breslev says emphatically (Likutei Moharan, II:48): “Sadness and despair bring very great destruction to a person. It is a great sin to be sad. Sadness stems from the Evil Inclination [Zohar, Parshat Noach 71] and God despises this.”
The Evil Inclination wants to make you depressed about committing a sin to the extent that you feel you have no chance of ever atoning for it.
If we really want to do teshuva, we have to do exactly the opposite and constantly strive to stay happy. People who do their best to be happy can feel how much God loves them. Consequently, they will come to genuinely regret their sin. Happy people think: “How could I possibly have sinned against such a loving God? He cares about me so much and takes care of everything for me!”
In contrast, the Evil Inclination tries to pump a person full of bitter black thoughts like: “I’m a worthless nothing! I’m such a sinner that there’s no hope for me.” Such thoughts can pull a person down into depression and despair, and subsequently cause them to fall into debt. How? Sad and depressed people are prone to sin. And a person who sins severs himself from Hashem, the source of all blessings.
Willful Sin
If someone commits a transgression willfully, not only will he become poor, but no one will believe him when he says that he is needy. A person can fall on such hard times that he literally only has enough to put bread on the table – and nothing else. But despite his obvious poverty, no-one will step forward to help him, because they do not really believe that he’s poor. Rebbe Nachman explains why this occurs: it’s not that the person sinned because he simply couldn’t help himself; he sinned purely because he wanted to affront Hashem. As a result, he himself will be affronted by others and they won’t show him kindness.
Failing to Judge Others Favorably
The principal of ‘A turn for a turn (ATFAT)’ – or Middah K’Negged Middah – is one of the foundations of Judaism, and by extension, a vitally important part of living an emuna-based life.
People with emuna understand that when they judge someone else favorably, God will, in turn, judge them favorably as well. The opposite also holds true. When a person spends all their time and effort looking for other peoples’ faults, or trying to find the negative in any given situation, Hashem follows suit.
We all make mistakes from time to time. Every time you pass judgment on a fellow human being, you are giving the Heavenly Courts a green light to hold your own conduct and behavior up to very severe scrutiny. If you judge others favorably, Hashem will overlook your shortcomings. But if you are always ready to think the worst of others – you’ll also be judged severely and held to account for every tiny wrongdoing you commit. One of the ways that Hashem punishes a person for their sins is by taking away their money, as is clearly stated in Sefer Hamiddot (Money, 66): “A person’s financial value is lessened the moment he judges others unfavorably.” 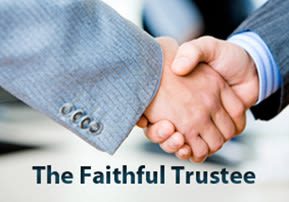 There’s no better partner than Hashem; He gives a million dollars to someone and lets him keep $900,000 if that person will give $100,000 to charity…

Rebbe Nachman taught others about joy, faith, simplicity, knowing oneself, and how to make a connection with God. His enigmatic and mysterious tales - full of fantastic adventures, exotic locales, kings, queens, giants, pirates, and paupers - describe people in pursuit of their destiny.   The set includes the following stories: - The Clever Son and The Simple Son - The Seven Beggars - The Merchant and The Pauper - The Master of Prayer - The Exchanged Children   Rebbe Nachman said that stories are often told to help people fall asleep, but his stories are meant to wake people up!   He didn't explain what the tales meant, but instead left the task of interpretation to each reader. In each story you can find your own story.   A wonderful adventure awaits you!