WHO IS YISKAH?
Just like Chava is the archetype of all women, so is Sarah the prototype of all Jewish women. Sarah personifies the synthesis of being a good wife and an independent woman. “Avram and Nachor took to them wives: the name of Avram's wife was Sarai; and the name of Nachor's wife was Milkah, the daughter of Haran, the father of Milkah, and the father of Yiskah” (Bereishit 11:29). This verse is somewhat obscure. It is not clear who Yiskah is and why she is mentioned in this context. Rashi explains that Yiskah is Sarah; Yiskah means “to see or look,” and Sarah was given this second name because she could see the future through prophecy and because everybody gazed at her beauty. In addition, the name Yiskah is from the same root as “nesicha,” which means princess. Likewise, the name Sarah is from the same root as the word “Serara,” which means rulership.
In our Torah portion, Sarah is called Sarai, and Avraham is called Avram. Later, the Hebrew letter “heh” is added to both of their names. For now, we will not address the distinction between the names Sarai and Sarah.
A RULER IN HER OWN RIGHT
Be’er B'Sadeh asks why the Torah only mentions that Milkah is the daughter of Haran but not so Sarai? He answers that Milkah was described as Haran's daughter because she resembled him; both of their hearts were divided whether they should worship idols or G-d. However, Sarai did not resemble her father in any way. Therefore, she is called Yiskah from the language of “nesichut,” meaning “princess” and “rulership.” She ruled over herself and was not influenced by others. Moreover, Scripture does not call Sarai the daughter of Haran but rather calls Haran the father of Yiskah. This alludes to the fact that Haran was inferior to Yiskah, since it is only in her merit that Scripture publicizes his name.
SARAH'S DUAL NATURE
“Avram's wife was Sarai.” The name Sarai or Sarah is often mentioned together with Avram and Avraham, respectively. The name Yiskah, however, which signifies the aspect of her prophetic spirit, is never mentioned in connection with Avraham. This is because in regards to prophecy, Sarah was independent and not influenced by anyone. She possessed a gift of prophecy superior to Avraham and had reached this level even before she married him. Since the name signifies a person's essence, the fact that Sarah has two major names teaches us that she has a dual nature. As Avraham's wife performing the will of her husband, she is called Sarah; as the prophetess who sees with prophetic spirit, she is called Yiskah.
IN THE SHADE OF HER MAN YET SPIRITUALLY INDEPENDENT
Sarah is referred to both as Avraham's wife and as an independent woman, Yiskah. By mentioning both the name Sarai and Yiskah together, our verse connects the two natures of Sarah. This is the synthesis that every woman is required to make: we must build up our husbands, while simultaneously retaining our own spiritual independence. Just like Avraham was told to listen to Sarah (Bereishit 21:12), because of her more refined spirit of prophecy, so does the spiritual power of every woman compel her husband to follow her advice.
THE TRUE JEWISH PRINCESS
At her death, Sarah is not given the title of “The wife of Avraham.” She is simply mentioned in her own right, as the verse reads, “Sarah died in Kiriat Arba” (Bereishit 23:2). When she left this world, having fulfilled her life, she did not need to stand in the shadow of her husband; her individual perfection and merit stood alone. This is Yiskah, the true Jewish princess. From her, we learn that every Jewish woman, aside from being her husband's right hand, must develop her own spiritual connection with Hashem. This level of holiness enables her to become “a woman of valor [who] is a crown to her husband” (Mishlei 12:4).

(Rebbetzin Chana Bracha Siegelbaum is Director of Midreshet B’erot Bat Ayin in Gush Etzion. This article is an excerpt from her book Women at the Crossroads: A Woman’s Perspective on the Weekly Torah Portion, reviewed by The Jerusalem Post, The Jewish Press, Voices Magazine, Good Reads, and WordPress/JewishPress and more. To order this book, click here)

What does Yohanan mean ? 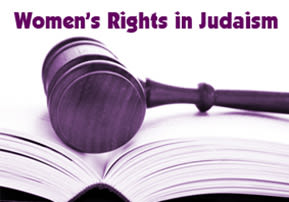 According to the Torah, marital intimacy is the right of the wife and not vice versa, teaching us an important principle about Judaism's attitude towards physical relationships...

Lech Lecha: Stand By Your Man

Believe in Your Power – The GEMS Series

Believe in Your Power - The GEMS Series A special collection of stories, teachings and other "gems" from Rav Shalom Arush, in English. Includes the Tikkun Klali.

These small mehadrin min hamehadrin tefillin are made from a behema gasa (ox neck) and written in nusach Sefardi by a certified and trusted, G-d-fearing sofer stam. Suitable for those who lay Rashi or Rabeinu Tam or for frequent travellers. The tefillin are sent to you directly from the sofer stam along with a certification. Option for checking your old tefillin. We recommend calling us in order to receive a more detailed explanation about this item. 02-532-3339. Beware of frauds! Limited time offer - receive a free talit and teffilin set of bags with your purchase of tefillin!

Tehillim/Psalms  - Hebrew-English translation with explanations at the bottom of the pages.   Pocketsize, softcover by Artscroll