What is an Omer?

An omer is a measure of barley. In Biblical times, on the second day of Passover, it was a mitzvah to bring barley the size of an omer to the Temple in Jerusalem as an offering. Then fifty days later, on Shavuot, it was a mitzvah to bring the first offering of the new wheat harvest.
There are seven weeks (49 days) between the second day of Passover (when the omer was offered in the Temple) and Shavuot (the wheat harvest). The period of these seven weeks is called the Counting of the Omer (Sefirat HaOmer).
The underlying reason for Counting the Omer is because it is written in the Torah to count the days between Passover’s second day and Shavuot.
“From the day after the Shabbat, the day that you bring the sheaf of wave-offering, you shall keep count until seven full weeks have elapsed: you shall count fifty days until the day after the seventh week, then you shall bring an offering of a new grain to the Lord. You shall bring from your settlements two full loaves of bread as a wave-offering … On that same day you shall hold a celebration, it shall be a sacred occasion for you” (Vayikra 23:15-21).
The Torah itself does not give us a reason for why we should Count the Omer. Over the years, Rabbis have provided us with several different explanations for this Biblical commandment In the Bible, Shavuot was an agricultural festival. Some say we were commanded to count the time from the second day of Passover when we gave an offering of the omer (sheaf of wheat) until the time of the wheat harvest when we needed to bring an offering of the new grain.
In the Bible, there is no fixed calendar date for celebrating Shavuot. Shavuot is defined as the day of celebration after the completion of the Omer Count. The Count tells us when to celebrate Shavuot.
Shavuot later became a celebration of our acceptance of the Torah at Mount Sinai. It is said that the Israelites counted the days from their liberation as slaves in Egypt until their reception of the Torah at Mount Sinai. When we Count the Omer, we are anticipating celebrating the day we received the Torah (Shavuot) in the same way the Israelites anticipated receiving the Torah.
Some say the Omer Count links Passover and Shavuot. While Passover commemorates our liberation from slavery to Pharaoh, the Israelites were not truly free until they received the rules and laws of the Torah and agreed to become servants to God. We were given freedom on Passover, and we were given the purpose of our freedom on Shavuot.
Kabbalah, Jewish mysticism, says that we Count the Omer because each day of the counting is ascension from one of the forty nine levels of the impurity we lived as slaves in Egypt. Only after these 49 days of ascension were the Israelites worthy of receiving the Torah.
During the time of the Bar Kochva revolt against the Romans, a plague killed 24,000 students of Rabbi Akiva in this seven week period between Passover and Shavuot. Over the centuries, the Jewish People experienced more tragedies (massacres, pogroms,) during this seven week period. To commemorate these tragedies, it has become customary to observe a period of semi-mourning during the Counting of the Omer. Weddings and other festivities are not held, music is not heard, and hair is not cut.
Lag (לג – lamed and gimmel in Hebrew) means 33. On the 33rd day of the Counting of the Omer (Lag B’Omer), we stop our mourning for the day.
Two events took place in Jewish history which led to the celebration of Lag B’Omer.
On the 33rd day of the Omer, Rabbi Akiva’s students stopped dying. And Rabbi Akiva started to reveal the light of the Torah to new students, including Rabbi Shimon bar Yochai.
Also on the 33rd day of the Omer, Rabbi Shimon bar Yochai, the author of the central work of Kabbalah (Jewish mysticism) called the Zohar, died. His death is a celebration because on the day of his death he revealed the light of the Torah to his students.
Lag B’Omer is a semi-holiday, an interruption in the Sefirat HaOmer period of mourning. Weddings, festivities, music, dancing and haircuts are allowed.
Many celebrate Lag B’Omer with large bonfires. The fires are symbolic of the light of the Torah which was revealed by Rabbi Shimon bar Yochai. The Zohar, Rabbi Shimon bar Yochai’s book of Kabbalah, means bright light.
In Israel, many travel to the grave of Rabbi Shimon bar Yochai in the northern town of Meron. Among other festivities which take place in Meron on Lag B’Omer, many 3 year old boys receive their first haircut.
Often school children play with bows and arrows on Lag B’Omer. This play commemorates the warlike activities of Rabbi Akiva’s students during the time of the Bar Kochva revolt against the Romans In addition, kabbalists associate the bows and arrows with rainbows, which is a symbol of redemption. 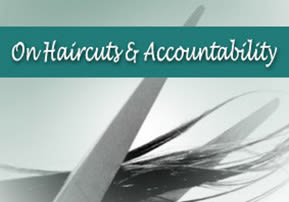 My thoughts returned to my newfound friend. I virtuously continued, "Turn it over to God. Pray to Him, do what you have to do to rectify the situation...

On Haircuts and Accountability

Puzzle picture of The Ruined Synagogue in the Old City of Jerusalem. Pieces: 250