Remember - everything can be healed with emuna – everything! With emuna and prayer, there simply is no nature... 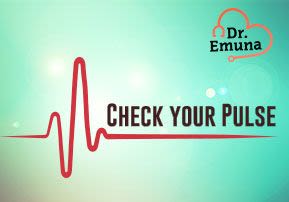 With Hashem’s help, I want to focus on the “emuna” aspect of this series “Dr. Emuna”: Learning how to use the principles of emuna, and the teachings of Rabbi Arush, to heal ourselves in every aspect of life – heal our bodies, heal our souls, heal our emotional problems, heal our relationships, heal our past. In fact, emuna shares the same root as imun – as in the immune system (both in English and Hebrew). Emuna is to the soul, what the immune system is to the body, and as such is the foundation of all forms of health.

Let’s also state right off the bat: I am no doctor! Not MD, not MSW, nothing. However, Rebbe Nachman of Breslev, may his merit protect us, is “the doctor of the soul” and Rabbi Arush shlita has taken Rebbe Nachman’s prescriptions and translated them into our generation. To the absolute best of my ability, every single last detail I will teach you, including everything in this article, comes straight from Rabbi Arush shlita, even using his wording wherever possible. If I ever teach you something from someone else, or something is my idea – I will tell you explicitly!

However, before we start learning the many ways in which emuna can heal our past and give us a healthier future, I want to first cover some foundational principles which need to be in place to help us apply the tools we are going to learn properly.

First off, the balance between the physical hishtadlut (effort) and emuna and prayer must be watched carefully by using the “check your pulse” rule: If your pulse goes up, meaning if you are nervous or scared, then you need the physical efforts such as going to the doctor. Throw in as much prayer and emuna as you possibly can, but feeling uncomfortable relying on emuna and prayer means that you simply can’t rely on emuna and prayer alone. This is not a blanket heter to run yourself ragged trying everything under the sun – pray about what you should do, and do just enough to not be nervous, with a lot of prayer the entire way.

On the other hand, if you are totally comfortable without the physical efforts, then you don’t need them. With emuna, miracles are natural. Just like there are laws of nature, certain remedies and herbs that are good for certain illnesses etc., Hashem also built into creation a law of nature that prayer changes nature. With emuna and prayer, there simply is no nature! By going straight to Hashem who created all the laws, we open to ourselves the ability to completely transcend all the laws. Hashem chooses to continue to use natural laws to run the world, and He can just as easily choose to not use those laws at will.

The important point here is not to push yourself. You cannot know how to move forward if you cannot admit to where you are truly holding right now. Hashem wants you to have the humility to admit to your level. Act according to your level of emuna, pray for the next level of emuna, and don’t feel guilty or beat yourself up.

Even Rabbi Arush shlita didn’t become Rabbi Arush overnight. I personally asked him for advice about dealing with some major health issues, and my overall continuing belief in nature in dealing with them. Even though I know his teachings for more than a decade, and understand that nature is totally in Hashem’s hands, still I find myself struggling to truly believe that there is no nature when faced with even the everyday situations in life, let alone the big stakes. His response was that it takes a lot of prayer to let go of the belief in nature! He told me that he himself invested hours upon hours of personal prayer about this subject, and slowly, slowly his belief changed until he reached the level that he is at now, where total miracles and wonders are totally natural. And when I asked him about dealing with some serious emotional issues, he answered: “Read “The Garden of Emuna,” and read it again. Just like Tehillim, it has in it all the healings. And you’ll be healed.”

The key is to keep asking Hashem for more and more emuna, and strengthen your emuna muscles using the tools I will explain in this column with Hashem’s help. Continuously strengthen your emuna until in more and more situations, you naturally and calmly rely on Hashem, rely on emuna, and rely on prayer – and truly no longer need the physical efforts at all. In fact, eventually you will even be scared to use them – because you know that Hashem knows what is for the best, and only His remedies come with no side effects.

Remember – everything can be healed with emuna – everything! No matter what any doctor or psychiatrist or dentist or specialist of any shape or form might have told you! No matter what society believes or what science tells us! No matter what diagnosis you might have. Only emuna provides us with real solutions, because only emuna gives us the understanding of how to fix illness of all forms at its root.

After my bout with Corona, I was “over it” but I suffered from headaches, fatigue, lack of taste, smell and more. What I learned in the process is priceless!

Getting Hold of my Senses

Dr. Avraham Meltzer was a pioneering chemist on the verge of a powerful breakthrough when he left for a three-day business conference. He was never seen again.   His son Reuven, a 12-year-old genius, struggles to come to terms with his father's disappearance. Stepping into Dr. Meltzer's shoes, Reuven races to uncover a formula that will unlock a whole new field of virtually unlimited energy, as well as saving his sick cousin's life.   But the same people responsible for his father's disappearance now set their sights on Reuven as well... in a desperate race of Power Plays.   Hardcover Pages: 328

Touched by a Story 3

Touched by a Story 3 Nearly 100 brief stories — uplifting, soothing, and edifying — will restore your tranquility while they feed your soul. Stories about people who did the “right thing” at the right time, despite daunting obstacles, reveal the power of our G-d-given human spirit and give us hope. Masterfully told with sensitivity, and sometimes even a bit of humor, these narratives were carefully chosen for their poignant and inspiring qualities. So relax — and treat yourself to a few refreshing moments with a wise and witty storyteller. The story you read may make you smile  — or you may shed a tear — but you are sure to return to your hectic tasks with a calm, new perspective. By Rabbi Yechiel Spero. Artscroll, paperback, 276 pages

Author: Eliezer Shore The 57 stories in this volume are all about modern-day encounters with Elijah the Prophet - Eliyahu Hanavi. In a moment of need, a stranger appears, offers help, and then disappears, sometimes as if by magic. The stories are all true, heard directly from the people involved or from a close friend or relative. They point to the living presence of Elijah among us, or to a "spark" of Elijah that moves in and through ordinary people, leading them to do great things. In all cases, they reveal the remarkable level of hashgachah pratis - Divine providence - that we can experience in our lives, at any moment. The stories are surprising, inexplicable and inspiring. They remind us that the world is a mysterious place, and that G-d's deliverance can occur in the blink of an eye.

Healing Leaves For The Soul – Spanish

Prescriptions for inner strength, meaning and hope. Collection of over 450 letter from Rebbe Natan to his friends, students and family, which speak to every Jew as if they were written especially for him. 128 pages, soft cover.