How to Fix Your Marriage

Did you know that marriage counseling, as helpful as it seems, isn’t the best way to fix your marriage? It's liable to do more harm than good… 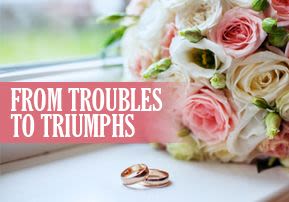 Did you know that marriage counseling, as helpful as it seems, isn’t the best way to fix your marriage?

In reality, marriage counseling can do much more harm than good.

Think about this all-too-common situation.

Then the counselor tries to get the “uncooperative” spouse in touch with their feelings. What’s really causing them to behave the way they do? Why did they cheat? Why are they emotionally abusive?

In other words, the counselor is trying – at the same time – to play marriage therapist and personal therapist.

The counselor feels like progress has been made, because the couple communicated their differences and maybe expressed their feelings.

But has it really?

Have there been any positive developments for the couple?

They just moved their fight from the house to the counselor’s office.

And how long does this go on?

Well. That depends on how much money this couple has to keep throwing at the counselor.

My new marriage guru, Mort Fertel, explains why this approach doesn’t work, and why it will never work.

You see, a marriage that got to the point of divorce didn’t get there through logical discussion and disagreements.

It got there because of both spouses’ behaviors and actions.

So, if you have a problem that stems from behaviors and actions, how in the world can you expect to fix it with conversation alone?

The answer is, you can’t.

If you want to fix your marriage, the first and most important thing you have to do is fix your behavior.

In other words, whatever you’ve done, now you’ve got to do the opposite.

Have you been neglecting your spouse? Not giving them enough nice, genuine attention? Not showing any interest in their day or in them?

The fix? Shower them with positive attention! Smile at them when they walk in the door. Greet them properly. Ask how their day was. Show them that you actually care.

Are you not nice to your spouse? Be NICE! Don’t pick fights, don’t be argumentative, don’t be oppositional! Just be NICE.

But you have the strength to do it. Believe me. Believe in yourself.

Remember all that stuff you learned about how Hashem doesn’t give you a challenge you can’t handle? Well, now you have the chance to prove that it’s true.

And finally, here’s the real secret to saving your marriage.

It’s a secret that’s so easy and fun, you won’t believe how much it will change your marriage – and how quickly!

The secret is: Go AWAY Together! 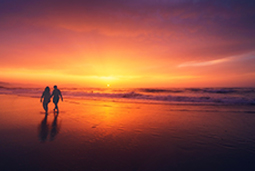 That’s it? You’re probably a bit skeptical. But yes! That’s all it takes to jumpstart your marriage back in the right direction.

When was the last time you went away with your spouse? Without kids?

Listen, it’s not as hard as you think it is. Just drop the kids off with the grandparents without warning and RUN!

Seriously, though, nothing saves a marriage faster than going away together.

The only way to do that is to get out of your normal environment and put yourselves in a place where you can just be together. Reconnect. Focus on nothing else but each other and having a good time together.

Believe me. It’s the best thing in the world for your marriage.

Once you begin to reconnect, you’ll remember what it is you first loved about your spouse. You’ll see them as they are, not with all of the burdens that they’ve taken on.

Go ahead. Try it. You’ll see, once you begin to spend more positive time together, many of the problems that you thought were unfixable will simply disappear.

The truth is, all you need to do is put positive energy into an area of your life that you’ve been severely neglecting. Most of the behaviors that result are symptoms of this neglect.

So go on – enjoy your second honeymoon ASAP!

Feel free to send Racheli your questions, particularly in the areas of marriage, dating, child-rearing and women's role; write her at racheli@breslev.co.il 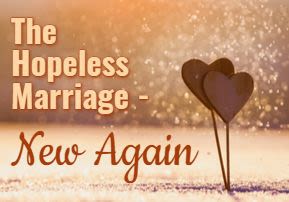 6 min
Don’t Be Stingy with Words

Diamond Dust Yalli  Shapiro hungers for something more than her parents' frugal kollel lifestyle, and no one is quite sure why. As she enters shidduchim, Yalli is bent on propelling herself toward a diamond-studded future that she's sure will free her of the tentacles of the past.  Yet shadows lurk beneath Yalli's elegant and sophisticated exterior, reaching out their sharp claws to grab her at every turn.  Can she defeat  her childhood demons before they overwhelm her? Tzvi Kirsch's past is also painful. It haunts him as he resists the best names the shadchanim can offer.  The only girl he's remotely interested in is the one his mother--and sister-- have firmly vetoed.  But is he truly equipped to deal with her complex and harrowing challenges? Riva Pomerantz's Diamond Dust is a powerful, captivating tale of courage and dreams, tears and hope.  As you turn its pages, you too will find the strength to confront your deepest fears and conquer the threatening shadows.  Are Yalli's diamonds real or will they turn out to be nothing more than a sprinkle of diamond dust? By Riva Pomerantz

A segula for viable offspring. The psalm "For the conductor" is in the shape of a lamp embossed on a gold-colored metal rectangle. Around the purple are Star of David decorations.   The segula comes in a velvet case with gold lettering. In addition, a segula is printed for the traveler's prayer.   Put the blessing in the house, bag, and pocket!

The Schottenstein Talmud is Artscroll Mesorah's annotated Talmud. The publishing of the 73 volumes of this edition was worked on for 15 years by a staff of 80 editors and Torah scholars. The project was completed in Hebrew in 2012 and has since earned a stellar reputation for its making the Gemara accessible to the public at large.   How is this done? The Schottenstein Talmud provides annotation for every traditional page of the Vilna Shas. The translation from Aramaic appears in bolded font along with commentary in regular font.   Each page in the Schottenstein edition includes a copy of the page in the traditional Talmud alongside a page with commentary and annotation for the Talmudic text.   73 volumes. Hardcover.

New at the Breslev Israel store!   A unique pair of glass candle holders for Shabbat and holidays, imprinted with the "My Fire" emblem.   Enhance your Shabbat with this lovely item - order today!