Are You with Me, My Brother?

At an altitude of about 30,000 feet, the canopy of the cockpit suddenly blew off, leaving the two-member F-15 crew exposed to extreme cold (-45◦ C) and massive turbulence… 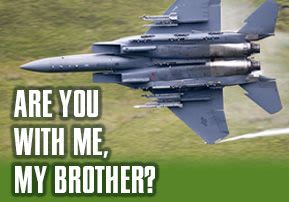 Are you with me, my brother?

You might imagine that the above words were spoken between two close friends at a moment when their hearts were one.

In fact, they were spoken by the pilot of an Israeli Air Force F-15 jet fighter to his trainee navigator during a routine training flight in January, 2019.  At an altitude of about 30,000 feet, the canopy of the cockpit suddenly blew off, leaving the two-member crew exposed to extreme cold (-45◦ C) and massive turbulence. At that moment, it was not clear if they could land the plane, or if they would need to eject.

As I read the article, my mind flashed back almost 45 years ago when a different aircraft lost part of its structure…

In the Spring of 1975, President Ford decided to save as many orphans as possible during the last days of the Vietnam War. The United States Air Force began “Operation Babylift” to evacuate about 3,000 orphans for adoption by families in US, Australia, France, and Canada. They would be evacuated from Saigon to Clark Air Base in The Philippine Islands, and from there to their adoptive countries.

On April 4 of that year, a C5A Galaxy Nightingale cargo plane retrofitted for medical evacuations, left Saigon with hundreds of orphans crowded into its upper and lower decks. They were cared for by a crew of Air Force staff and a few civilian volunteers. At the time, I was an Air Force nurse stationed at Clark Air Base Hospital's Intensive Care Unit. We were prepared to receive any critically ill children from the flight into the ICU.

In the lower deck of the Nightingale, anyone who was not strapped down flew out the back of the aircraft. The medical staff on the upper deck could peer down the ladder and see the China Sea whizzing by below them. The aircraft tried to land at the Saigon airport, which was already under heavy fire from the Viet Cong. The landing, however, was aborted and a second attempt was made in a rice paddy near the Saigon River. Because the pilot could not reduce the landing speed, the impact broke up the entire lower deck. The now-exposed upper deck of the aircraft slid like a toboggan at full speed on the rice paddy surface until it finally came to a stop. In spite of trauma and injuries, Air Force personnel scrambled to locate and help their fellow survivors get out of the wreckage. Everyone in the lower deck was killed. All that could be done for them was to “tag and bag” them for the morgue.

Leaving my reverie and returning to the present …

I began to think about these two seemingly unrelated landings. Every aircraft lands, but the final approach can create very different landing outcomes. The F-15 crew landed safely, with both passengers intact. The Nightingale was left in smoking rubble, with almost half of the passengers killed on impact.

We are in the final approach to the final redemption, and the Jewish people have two ways to prepare for landing: 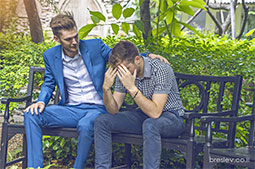 The My Brother approach is to see my fellow Jew as part of my immediate family. I feel his pain, his doubts, and his distance from Hashem. I feel responsible for my brother and am committed to his welfare. I'm with him and see him as part of my life. I judge him in a positive light, and we approach the final redemption together.

The Tag and Bag approach is to judge him in a negative light, and then to assign a tag like “Sephardi”, “crazy Breslover”, “messianic Lubavitcher”, “off the derekh” (“off the straight path”), “apostate", Reform/Conservative/Reconstructionist”, “left/right winger”, or even “Erev Rav” (“Mixed Multitude”). [News in the Mikvah is a must read!] After I assign the appropriate tag, I “bag” him as a loser who is not worth my time. In essence, I remove him from my life as if I had shipped him to the morgue.

Hinges connect two parts and give strength to the entire structure. So much so, that the rear door hinges of an aircraft could withstand 93 tons of pressure at 23,000 feet! But in the Nightingale, one hinge was slightly out of balance, and all other hinges in the rear door were affected. When pressure was applied, the entire structure broke apart. Similarly, when the “hinge” between Jews is out of balance, the results can be catastrophic to the national unity.

The “tag and bag” approach is like the hinge that gave way to disaster. We're now “tobogganing” in the final approach to redemption.

Are you with me, my brother?

This really is an important message.   Writing off even one fellow Jew, even justifiably, does tremendous damage. If you need to keep your distance, at least work on yourself to not hate the person or wish him ill will. 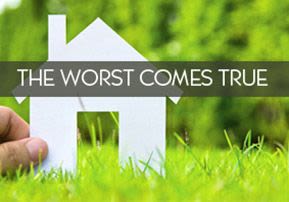 Sometimes, a person's worst-case scenario actually comes true in order to show him that everything Hashem does is truly for the very best...
Never miss new articles!

4 min
A World Filled With Good

A unique Shema Yisrael rhodium-plated necklace. The inscription is engraved on a key decorated with the Star of David and inlaid with a decorative turqoise stone at its center. Hangs on a necklace. Rhodium is a stately metal that is both strong and glossy, aiding in protecting items from scratches and tarnishing. Order Today! Treat someone to a lovely gift!

Would you like to have more vitality? How about boosting your reproductive system and clearing energy blockages?   New! The Women's Health Essence by Dr. Gila Gavrielov, PhD in Behavioral Science and Gemology, a specialist in diagnosis and healing using crystals.   This tincture is designed to increase your vitality and boost your female reproductive system. This natural brew will help you clear energy blockages that hold you back and open you up, allowing for a good flow of emotions and enabling you to feel uninhibited in your relationship with your husband.   Please note: Dr. Gila Gavrielov's tinctures are totally free of chemicals and side effects. The tinctures are based upon the frequency emitted by the Hoshen stones and are meant to help you heal naturally through an extraordinary method based on healing via fluctuating energy. The tinctures help to alleviate or eliminate unwanted behaviors, perceptions and qualities such as fearfulness, uncertainty, lack of self confidence, anger, jealousy, disturbances, imbalances, post traumatic stress disorder and more while helping you bring out your good qualities in the best way possible.   Everyone feels and reacts to the energies emitted by gemstones thanks to their crystal structure that transmits very concentrated and clear frequencies. Every stone, according to its particular mineral content, emanates its own unique and potent energy.   Certified kosher by Rav Landau shlit"a.

A unique tefillin tallit set with embroidery!   Two spectacular blue bags with an elegant cream-colored band across the front. Special imitation leather texture. On each bag is a light embroidery in shades of gray of its contents- "Tefillin" or "Tallit".   The bags come in a hard nylon case with a zipper for closure.   Set size: 29 * 36 cm.   Highly recommended as a gift set!