Three boys: one carries a rifle, one learns algebra, and the third carries a Gemara in his hand; raised in the same house by the same parents, yet so vastly different... 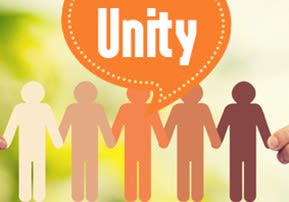 Three different boys asked their father for a ride one hectic Sunday morning. One wore his army uniform, big green regulation military traveling bag slung over his shoulder. The second sported a white shirt and black pants, along with a school backpack. He was going off to his Yeshiva–not just a 'regular' Yeshiva, but one which combined Torah along with secular subjects. It was a place that taught math and English, along with the regular sedarim (classes) of any religious Orthodox institution. He learned Gemara along with Algebra. Son number three didn’t have a backpack. He carried a tractate of Gemara under his arm, and a bag with his lunch. He was off to Talmud Torah, to learn from his Rebbe. All three got a kiss from their mother, and the same prayer of success as they made their way out the door. Three different paths, and one father driving all of them to their destinations.

I know these boys. They live in my house. When I go into my laundry room, I wash their white shirts, alongside the army uniforms. I wash their black pants with the same care and devotion, as I wash the army green pants and shirt. I check their pockets and spill out the contents of their lives into my hand, making sure nothing important gets washed away. In some pockets, I find white papers folded into small squares, notes of Torah lining the page. In some pockets, a mathematical equation. In another, earplugs from a semi recent target practice. From each pocket I get a small glimpse of what each carries in their 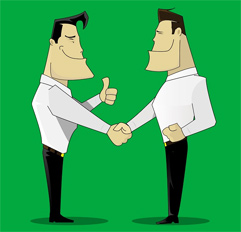 heart. A small window to their days. And at the end of each day, I pray for each of them just the same.

long with these boys are our other children. Each one a world unto themselves, raised in the same house by the same parents–and each so vastly different. My eyes follow the path of each one, my heart a direct line to each of their lives. Despite their seeming differences, as their mother, my love for each is boundless. I can honestly say that my prayers are just as intense for the one that has to travel the three hour journey to his base up North, to the one fifteen minutes away, swaying happily over his Gemara. I don’t measure my love by their chosen paths–I measure my love by my chosen and G-d given role–that of their mother.

We live in a time when Jewish unity has been tested by the seemingly big gap of our differences. Yeshiva students have been pitted against soldiers. The more observant element has come under fire from the more liberal amongst us. At the end of the day, Hashem loves us all. One Father Who is driving us all to our final destination–the ultimate Redemption. If only we let it. Hashem cherishes each Jew just the same. The ones who put their lives on the line to defend His blessed land, guarding our borders in their army fatigues; the ones who chant ancient tunes over their open Talmuds, protecting our Land with their spiritual shields. He loves all of us–those who are lost, and those who are near. He looks at each of our lives, and prays for our success just the same. For if a human parent can feel such love for each child, no matter where they are holding in life–then how much more so must it be for our Father who loves us all.

It’s time to reach out to our brothers and sisters across the spectrum of Judaism. Recent events have forced us to rely on one another–no matter our affiliation. When the three boys disappeared last summer–and were unfortunately found murdered–they were ALL of ours. We stood side by side in prayer, not caring what ‘uniform’ we wore. And with the war that followed so closely at the heels of tragedy, Yeshivas took it upon themselves to pray for the welfare of their brothers in arms, by ‘adopting’ those on the frontlines, praying for them. When the rockets started falling, and we rushed to safe rooms in public places, we stood shoulder to shoulder with Jews of all affiliations, not paying attention to what they were wearing–just making sure that everyone was safe. Hashem loves it when his children get along despite their differences–just like any parent of flesh and blood does.  Unfortunately, if we ‘don’t play nice’ in peacetime, we are unfortunately forced to in wartime. When will we learn?

Let’s learn from our past, and try to create for ourselves a better future. When you see a soldier, pray for him. When you see a man running off to Yeshiva, holding on to his black hat as he tries to make the bus–pray for him. When the bareheaded taxi driver heaps a blessing on you as you exit his car–give him a blessing in turn. At the end of the day, that’s all Hashem wants from us. Unity. He wants us to cherish each other as much as He loves us Himself. In the merit of our brotherhood (and sisterhood, now) may we all bask in the love of our Father, in the third Beis Hamikdash, may it be speedily in our days!

And I pray for each and every one of them to go on the path that is right for them. They are not all the same, nor do I want them to be. We encourage each child to follow the way that is best for him or her.

And I pray for each and every one of them to go on the path that is right for them. They are not all the same, nor do I want them to be. We encourage each child to follow the way that is best for him or her.

Very nice, Natalie. I can relate so well to all you wrote. May you continue to have much nachat from all of your children. 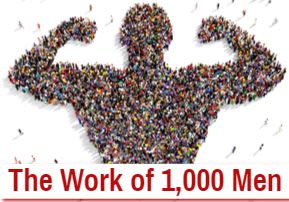 Author: Esther Toker   What happens when a powerful, talented man loses his health, his memory, and worst of all, his good name?   Real estate magnate Yossel Petronowitz is in a coma. His family must fight for his care even as they face other major challenges: An earth-shattering, long-guarded family secret, and a case of fraud that jeopardizes everything they hold dear.

New at the Breslev Israel store!   A special oil candle in a jar to light for the uplifting of the soul of Rebbe Meir ba'al HaNes. Burns for about 15 hours.   Order today!