When we fear others more than Hashem, we forget our holiness. We forget we are Hashem’s treasures. When we forget our true identities, we lose all our power... 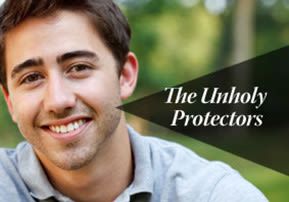 It was Saturday night; I had just gotten off the bus, and as is typical of me and my new life in Israel, I found myself lost and wandering up and down the streets. It was dark and a bit unnerving, but I thanked Hashem, knowing this was for the best. I breathed a sigh of relief when I finally saw a sea of colorful kippas ahead in somewhat familiar territory.

I called a friend who said she would come meet me. A guy in a ski hat came over offering his help. “No, thanks,” I said. But he insisted I did need his help. I felt uncomfortable and wanted him to leave, but I felt scared to say so.

“Are you shomer negiah?” he asked.

My friend called me back. The guy with the ski hat grabbed my phone and told her where to meet us. He 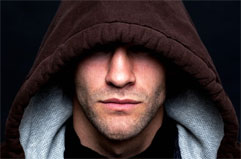 guided me to a secluded sitting area and immediately started rubbing my back and my arm. He grabbed my hand, and I quickly yanked it away.

“Hey, why are you so uptight? I teach meditation. You need to learn how to relax.”

I froze like a deer in headlights. Years of an abusive childhood had conditioned me to deny these uncomfortable feelings and to keep my mouth shut. Obviously, he had no idea of the meaning of “shomer negiah.” I suspected he wasn’t really Jewish.

My friend called again, saying she was just across the street. He took my phone and told her, “Be patient. Just wait five minutes and we will meet you.”

He started leading me in the opposite direction of where I thought she was. I continued to keep my mouth shut. A minute into it, I could feel something very wrong was happening. “Hashem, help me,” I prayed.

Immediately, I begin to dial my friend. This made him very angry, “Why are you calling her? Can’t you wait just a few minutes?” And at that moment, I saw who he was and finally let myself have the truth I suspected all along. He was not protecting me at all… who knows what he intended?

I turned around, keeping my friend on the phone as I walked to meet her. I told him to go, and he did this time.

When I got home, I was really disgusted with myself. Why did I let this happen? Why did I attract the situation to myself? Why didn’t I tell him to go away when I knew from the beginning I wanted him to leave? Why did I let him get away with touching me in ways my future husband will not be allowed when we are dating?

As I prayed, Hashem began to show me some things.

I saw how my situation was like a microcosm of Israel. We listen to “unholy protectors,” who come along and tell us to give away our land or to allow terrorists to send missiles day and night without every defending ourselves. The “unholy protectors” tell us if we just listen to them, everything will be okay. “Just relax…don’t be so uptight. I’m here to do what’s best for you.” Why do we listen?

We listen to one degree or another, because we are afraid of them. When we give into them in our personal lives or as a nation, we are fearing them more than we fear Hashem.

When we fear others more than Hashem, we forget our holiness. We forget we are Hashem’s treasures. When we forget our true identities, we lose all our power. Then people can take us over like the Egyptians did with the Israelites. That night I had just come from the Western Wall where I had been praying for hours over Shabbat. There were dark entities, “unholy feeders” that directed this guy to me. The “unholy feeders” are always searching for some light to nosh (eat) since they can’t produce it on their own. I also needed to fall so I could see things I needed to clean up inside. I let the “unholy protector” stay with me and take what wasn’t his because I feared him more than Hashem. I forgot who I was and blended into his world just as the Jewish people through history have tried to blend in with the nations.

Being shomer negiah is, in a sense, like guarding the Holy Land. Keeping its boundaries and borders and not giving it away as if it has no value. Yosef, the Tzaddik, could be completely surrounded by an unholy nation, and yet he never forgot who he was and he never bowed down to them. This is why he was able to shine in enemy territory.

We all must wake up and remember who we are. We must remember the holiness of the Land and Hashem’s promises to Avraham. We have to take back the land of our bodies and our souls and guard them like the precious and holy treasures that they are.

It is true that in our history as the Jewish people we have been abused and plundered and have had traumas that pile up to the sky. But we are in a different time now. Hashem, has given us back the Land. All we need to do now, is believe we have it and to embrace our true identities. If we do this, than like Yosef, we will have the power to shine and prosper no matter what the nations of the world do. May we all be blessed to know our own holiness and to live as a nation of priests. 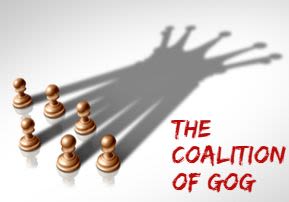 What we do every moment determines where we reside - with Hashem or with Gog. In this tumultuous time, we have two powerful weapons to protect ourselves.
Never miss new articles!

The Coalition of Gog

4 min
Are Thoughts Worse than Deeds?

Likutey Moharan Vol.10 The first authoritative translation of Rebbe Nachman's magnum opus, presented with side-by-side punctuated Hebrew text, full explanatory notes, source references and supplementary information relating to individual lessons. Translated & edited by Moshe Mykoff, annotated by Chaim Kramer, Ozer Bergman, and Rabbi Yisrael Abba Rosenfeld. This is the essence of Rebbe Nachman's teachings that inspires Jews in every generations to open their hearts and minds to Hashem in a way that no other book can! Now is your chance to connect with the ultimate and unparalled teachings of Rebbe Nachman's ageless wisdom! Hardcover, 453 pages

Wooden book stand for on top of table. Inscription "And you will meditate on it day and night" is engraved in the wood. Size 26 * 33 cm.

Six Days to the Top

Six Days to the Top Imagine having a best friend who only brings out the best in you. He shows you your fantastic talents and attributes, and how your so-called drawbacks are not really drawbacks at all. He helps you identify your goal in life and attain it. He encourages you to believe in yourself and to fulfill every last drop of the potential you didn't even dream you had. Wouldn't you want such a best friend to always be by your side? It can happen. You can carry this cherished best friend wherever you go – in your purse or jacket pocket. This is the 107-page motivational and inspirational book entitled Six Days to the Top, by Rabbi Lazer Brody. You'll never know what you did without it!! 107 pages, softcover.

New at the Breslev Israel store! A unique and gorgeous silver-plated kiddush cup that is sure to enhance your beautiful Shabbat table! This kiddush cup is beautifully designed in diamond shapes and includes a matching saucer. Comes specially packaged for long-term safekeeping. Height: 15 c"m. A beautiful gift item! A must-have for your Shabbat table!

Would you like to improve your day-to-day functioning? Would you like to be more effective, organized and satisfied with your life? This is the essence for you!   New! A tincture designed to help you with your functional and organizational ability. Created by Dr. Gila Gavrielov, PhD in Behavioral Science and Gemology, a specialist in diagnosis and healing using crystals.     This essence is designed to develop and improve everyday functioning and action-taking in order to help you become more organized, effective and satisfied with your life. The tincture encourages more positive thinking, balances hormonal function, tones, increases energy, improves blood circulation and strengthens muscles. It also clears the mind, allowing for improved concentration and being able to better organize your daily activities. You will find yourself actually taking action and thereby realizing goals, carrying out plans and dealing successfully with life's daily challenges.     Please note: Dr. Gila Gavrielov's tinctures are totally free of chemicals and side effects. The tinctures are based upon the frequency emitted by the Hoshen stones and are meant to help you heal naturally through an extraordinary method based on healing via fluctuating energy. The tinctures help to alleviate or eliminate unwanted behaviors, perceptions and qualities such as fearfulness, uncertainty, lack of self confidence, anger, jealousy, disturbances, imbalances, post traumatic stress disorder and more while helping you bring out your good qualities in the best way possible.   Everyone feels and reacts to the energies emitted by gemstones thanks to their crystal structure that transmits very concentrated and clear frequencies. Every stone, according to its particular mineral content, emanates its own unique and potent energy.   Certified kosher by Rav Landau shlit"a.

On that Day – Michael Farkash and the Nafka Mina Band

Singer Michael Farkash with the Nafka Mina band in a stupendous performance of BaYom HaHu - On That Day. 12 songs.