Should he go or shouldn't he go? Jews in Israel and in the USA are in the midst of a bitter debate whether Prime Minister Netanyahu should address Congress or not… 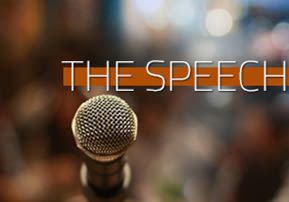 No wonder King Solomon is referred to as the wisest man who ever walked the earth. When he said that there's nothing new under the sun, he knew what he was talking about, as we see in our own current events right now in the days preceding Purim. Listen to the following conversation that took place one morning at work between two Jews, Yemini and Smolansky:

Yemini: Smolansky, my brother, how are you?

Smolansky: What are you so happy about, Yemini? Don't you know that we're in big trouble?

Yemini: What do you mean, “trouble”? Has the boss started some austerity program? Are there cutbacks here at the office? 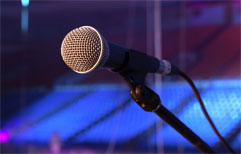 Smolansky: No, it's not the boss. Business is fine and everyone is getting paid on time. In fact, the boss is talking about expanding rather than cutting back…

Yemini: Then what's so terrible? Why the long face? You look like you're shouldering all of the world's problems.

Smolansky: It is a major world-shaking problem! That fanatic, panic-mongering leader of ours is ruining our relations with our best friend and ally. Why is he so obstinate about going to the Capital to give that idiot speech of his? Doesn't he realize that he's rocking the boat – the same boat that all of us are sitting on? He'll have us all dumped overboard and destroyed!

Yemini: Smolansky, somebody put a delusion pill in your Turkish coffee this morning! The exact opposite is true! Our leader sees clear dangers in the sheepish smiles that the wolves in Tehran are showing us. Don't you realize that they're out to destroy us? Don't you know history? Pharaoh too lured Jews into slavery with soft words and a smile. But now it's worse – not just slavery but total annihilation. They claim that they're only against our leader, but such excuses are common among closet anti-Semites. The expressions of hate our leader is more politically correct and more digestible to the press that the outright anti-Semitic venom that really intend…

Smolansky: How can you say such foolishness about our strongest ally?

Yemini: Sure, he's your sweet-talking ally as long as you don't act like a Jew or aspire to be a true Jew in the Land of Zion. History has shown time and again who these so-called allies are – nothing more than a weak reed that you can't lean on.

Smolansky: But why must our leader give rabble-rousing speeches that undermine our ally, in our ally's own back yard. What an affront! What disrespect and total disregard for protocol!

Yemini: Protocol? We're facing an acute existential threat and you're talking about protocol? C'mon Smolansky, this is the real world, not a sidewalk cafe!

Smolansky: He's not my leader…

Yemini: I don't agree with many of his policies, either. But he's a brother. And he has a long track-record of risking his life for our people. The ally does not have our welfare at heart, to say the least. He won't lift a finger to save Jewish blood; on the contrary, wait and see how he helps our enemies. The appeasement is only the beginning…

What do you think Smolansky and Yemini are talking about, Bibi's planned trip to Washington, DC and his speech in Congress, whether he should go or not? Do you think that the “ally” is the current US Administration and that the existential threat is the imminently nuclear-armed Iran? No, the above conversation did not take place last week. It took place some 2500 years ago in a province of Persia between two Jews. Their leader is Mordechai, former member of the Sanhedrin High Court in the Holy Temple before he was exiled from the Land of Israel to Shushan, Persia. The ally is the King Achashverosh regime with his vizier Haman, who is really a descendent of Amalek, determined to destroy the Jewish People.

Mordechai is about to give a speech in the main synagogue in Shushan, the capital of ancient Persia. He intends to warn all the Jews that the royal ball and feast in the King's Palace, to which all the Jews were invited, not to attend. The liberal Jewish bloc attacks Mordechai, claiming that the vizier Haman has personally prepared mehadrin-kosher tables for the Jews and that Mordechai is a zealous and radical alarmist who simply wants to ruin Jewish relations with the current administration.

History shows us that Mordechai was right. The fact that the Liberal Jewish establishment of Persia attended the royal feast and fell prey to a number of ensnarements that Haman had prepared for them, ignited Divine wrath and led to the royal decree that the entire Jewish nation be obliterated, Heaven forbid.

Purim is our celebration of the miraculous annulment of the evil decree, when our enemies fell into the very same trap that they prepared for us.

So you see, there is truly nothing new under the sun. Prime Minister Netanyahu is no Mordechai, but as the democratically elected leader of Israel, his solemn duty is to do everything in his power to protect his people and his homeland. As such, when he gets on the plane to Washington, it will be with our blessing. Mister Prime Minister, may Hashem be with you – have no fear and Happy Purim! 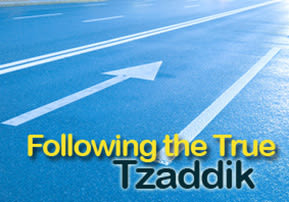 The Shabbos Companion - Shabbos Day Shabbos can, and should be the high point of our week, putting the days just past into their proper perspective and preparing us to face the challenges that lie ahead. But you have to know how to use it. You have to know how to draw upon its power to nurture and strengthen, spiritually as well as physically. Here is a companion to show us how. It is a companion for our prayers, a book that gives us a new and deeper understanding of the words we recite each Shabbos. It includes the Hebrew and English text of each selection, with explanations, stories and selected laws. It is a companion for our table, with Hebrew and English text of many of the zemiros, together with a story-filled commentary. It is a companion at our Kiddush and at our festive Shabbos meals, including fascinating tales of Shabbos observance in times gone by. By Rabbi Abraham Twerski. Artscroll, hardcover, 380 pages

Necklace with Gold-Colored Pendant in Shape of Shofar

Necklace with gold-colored pendant in shape of shofar.   Made of rhodium.

Would you like to improve your self image and bring out your full potential?   New! An essence for the development of a positive self image by Dr. Gila Gavrielov, PhD in Behavioral Science and Gemology, a specialist in diagnosis and healing with crystals.   Please note: Dr. Gila Gavrielov's tinctures are totally free of chemicals and side effects. The tinctures are based upon the frequency emitted by the Hoshen stones and are meant to help you heal naturally through an extraordinary method based on healing via fluctuating energy. The tinctures help to alleviate or eliminate unwanted behaviors, perceptions and qualities such as fearfulness, uncertainty, lack of self confidence, anger, jealousy, disturbances, imbalances, post traumatic stress disorder and more while helping you bring out your good qualities in the best way possible.   Everyone feels and reacts to the energies emitted by gemstones thanks to their crystal structure that transmits very concentrated and clear frequencies. Every stone, according to its particular mineral content, emanates its own unique and potent energy.   Certified kosher by Rav Landau shlit"a.

Hotplate cover in floral design, background is in shades of green.