Imagine being able to hear how the underwater creatures so gloriously sing Hashem's praise. Maybe we can't hear them, but we certainly can see them... 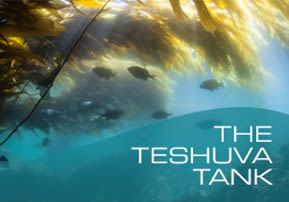 Perek Shira tells us that the fish sing to Hashem, saying, Kol Hashem Al HaMayim, Kale HaKavod Hirim, Hashem Al Hamayim Rabim – "The Voice of Hashem is upon the waters, the G-D of glory thunders, Hashem is upon vast waters" (Psalms 29:3). We also learn that teh giant sea creatures say, Halilu Et Hashem Min Haaretz, Taninim V'Chal Tihomot – "Praise Hashem from the earth; sea giants and all watery depths" (Psalms 148:7). Just imagine having the spiritual ears to be able to hear how the underwater creatures are so gloriously singing Hashem's praise. Maybe we can't hear them, but we certainly can have the opportunity to see them…


Hashem created and sustains all the creatures of the ocean – fish, coral, invertebrates, even aquatic mammals. The Gemara in tractate Chulin teaches that the sea has a corresponding creature to every organism that's found on land. That may even be an understatement, for it is mind-boggling to think about the vast area of the oceans on this planet as well as the unbelievable array of aquatic life that lives within!

I have had the blessing and privilege to see many of Hashem's creatures and oceans up close and first-hand. As someone who is a licensed scuba diver and has been diving since my teens, from the Red Sea of Eretz Yisroel to the Pacific waters of Hawaii, I am fascinated by marine life. My love for the underwater world has continually grown throughout my life, to the point where I have made my hobby of Aquarium design and maintenance develop with G-D's help to my livelihood. 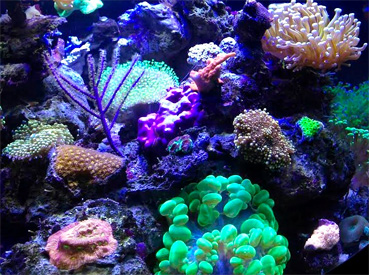 The most gratifying thing for me is to watch someone who has not had the luxury of seeing many of Hashem's wide variety of colors, shapes and textures which make up His living corals and fish, see them for the first time, and not at 50 feet below the water's surface, but in my living room! I call my Live Coral Reef Aquarium, "The Teshuva Tank!" I ask everyone who sees it, "Now can you honestly say, that with all of these colors, shapes and personalities, that there does not exist a Creator?"

Many people don't realize that corals are living organisms. They are marine invertebrates and they secrete calcium carbonate to build a hard skeleton. Corals live anywhere from just beneath the surface to maybe 80 or 90 feet down. Like fish, they eat microorganisms. Yet, they mimic plants and photosynthesize light to obtain additional nutrition. Who other than Hashem could possibly create such a magnificent creation? Impossible! It is mind-boggling, every time I gaze at this underwater paradise that Hashem has so blessed me with the caretaker of, and a partner in building and creating as well. To go to the ocean and walk along the shore, speaking to Hashem, is a priceless gift. To have the luxury of contemplating Hashem's greatness, and speaking to him while actually observing his underwater creatures, takes it an entire other level. Try doing hitbodedut – personal prayer – in a dark room sitting by your own illuminated saltwater aquarium and you'll see what I mean.

When skeptics come over and I discuss G-D's greatness, when I discuss the behaviors of the corals, and they see the array of specimens, they say to me, "maybe you have a point!" This is why I call it "The Teshuva tank"! One look and and all pre-conceptions go out the window! To also see the relationship between my Clownfish and my Corals (usually they host = live inside) an anemone, but in the Teshuva tank, they are hosting a beautiful Frogspawn coral, a sight to see! And just as a fish' eyes are always open , our Father in Heavens' are as well!

I invite everyone who is reading this, to always take the time out to look at the Sky…and don't forget, to also look into the Waters. What you may witness is not only a window into G-D's world, but a window into yourselves! 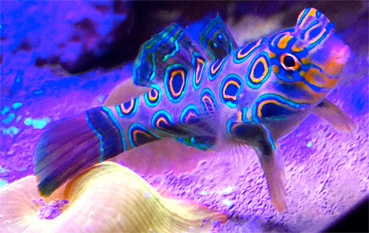 Give a special look to your holiday table with this unique honey dish! Elegant vessel for honey - special and spectacular in its beauty, such as a burgundy-colored pomegranate and decorations, made of aluminum. The cover - the top is in the shape of a burgundy pomegranate, the burgundy vessel is combined with silver at the bottom and special decorations. The tool comes with a matching spoon - aluminum paint and a burgundy stripe on the handle. Size - 8 * 12 cm.

The Family Haggadah This handy, economically-priced Haggadah has been a best-seller for years.  Now available with an elegant stamped and embossed leatherette cover!  Containing the complete Seder instructions, a full text Haggadah with ArtScroll English translation and explanatory notes, The Family Haggadah keeps everyone on the same page!  Accuracy is guaranteed by the Haggadah's two renowned editors, Rabbis Nosson Scherman and Avie Gold.

Disk number 4 in a series of live concerts featuring a 17-member orchestra and the Tiferet HaMizrach Choir. 5 tracks.

A 100% cotton tzitzit undershirt that is the ultimate in comfort and does not have to be readjusted all day long. This item strictly adheres to the halachic requirements of a tzitzit garment and is certified kosher by Rabbi Aryeh Levine shlit"a. Size: S Your children will love this comfy tzitzit undershirt!