A story for Succoth: Iraq was suffering from a terrible drought. The Sultan told the Jews that if they didn't bring rain in three days, it would mean exile or death… 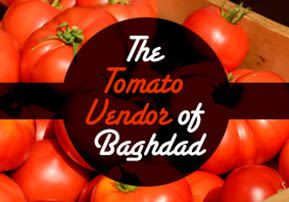 In Parshat Emor, the Torah commands us of the four species during the Festival of Succoth – the etrog (citron), lulav (palm fronds), the myrtle and the willow. In Land of Israel prices, a choice etrog sells for 200 NIS ($56) or more and a perfectly kosher lulav is not much cheaper. Three prime myrtle twigs as required by Halacha ( Jewish Law) are also expensive, priced between 60-80 NIS ($17-22).

Then, there're the willow twigs; two of them cost no more than 5 NIS, or about $1.50; yet, without them, the lulav set is incomplete, unfit for fulfilling the obligation of waving the four species.

One might ask, what do we need the mundane willows for? With a fancy etrog, a prestigious lulav and rare three-leaved myrtles, who needs the willows?

Hashem does. As our sages tell us, the four species correspond to the four types of Jews. The willow represents the simple Jews, who aren't particularly noted for their wisdom or remarkable deeds. Yet, these 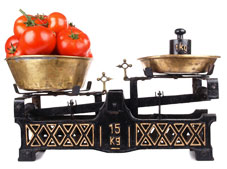 Don't ever underestimate a simple Jew, for is simple Jew is not at all simple, as we see in the following story, well known to the Jews of Iraq:

Iraq was suffering from a terrible drought. For three long years, there was barely a drop of rain. The Sultan of Iraq summoned the head rabbi of Baghdad, who was a great scholar of scholars, as Baghdad was noted for its formidable Torah giants and holy men. The Sultan looked at the rabbi gravely, and asked, "Rabbi, why aren't you and the Jews doing anything about the drought?"

The rabbi stammered, "Your Majesty, this is a Divine decree. We pray every day for rain. We have even held repeated public fasts."

The Sultan waved his hand in a dismissing gesture, "That's not enough, rabbi. I know that you people are miracle workers. You can overturn the decree if you want to. And, as an 'incentive', I'm giving you three days: if there's no rain by then, then you and your people will be given twenty-four hours to leave Iraq. You will be exiled. Anyone Jew who doesn't leave will be killed." With another wave of the hand, he dismissed the rabbi.

The town criers of the Jewish Quarter emptied the homes and shops of every Jew, summoning them to an emergency prayer gathering in the main synagogue of Baghdad. The rabbi gave a fervent sermon, bringing the people to wail in despair. How could they leave their centuries-long home of Babylon (today's Iraq), where their forefathers had lived since the destruction of the Holy Temple? Where would they go? What would they do?

Everyone was urged to repent and rectify whatever misdeeds that needed rectification. The entire adult community fasted for three whole days, doing nothing but praying and learning Torah. The holy Kabbalists of the community tried to invoke Divine compassion by using different combinations of Hashem's Holy Name in prayer, but nothing helped.

On the afternoon of the third day, with two hours before sundown, there was still no trace of a cloud in the deep blue Babylonian sky.

As he arose to begin the afternoon prayers, the head rabbi made a tearful appeal to the congregation. "Cherished brothers, our sages teach that even if a sharp sword rests on a person's neck, he must still hope for Hashem's mercy. Obviously, our Torah and teshuva has not been sufficient to rescind the harsh decree and end the drought. Is there no one in the community that hasn't done some special deed to arouse Divine compassion?"

From the back rows of the synagogue, where the poor, simple and least-prestigious people sit, Salakh the elderly tomato vendor called out: "Rabbi, wait for me before starting Mincha. I must get something urgently – I'll be right back."

In less than two minutes, Salakh returned with the scale from his tomato-vending cart. He hastened to the front of the synagogue, and placed his scale with his cast-iron weights on the bima (podium). He then looked up to the heavens and said, "Master of the World! You know that in all the years I've been peddling vegetables, I never cheated a person out of a single gram. I never overcharged anyone. I check and calibrate these weights all the time. They are true as Your Name is true. Father in Heaven, I am not a Torah scholar, for I never had a chance to learn in school. I barely make a living so I am no philanthropist either. I have no Torah and no remarkable deeds. But I do know the Ten Commandments and I have observed them with all my heart. I have never stolen nor taken a single piaster that doesn't belong to me. My scale and my weights are my witnesses. Please, merciful Father in Heaven, if I am nothing at least my weights are righteous. In their behalf, please send rain and have mercy on Your children…"

The tomato vendor barely finished his soliloquy when the skies of Baghdad filled with heavy gray clouds. Before long, torrents of blessed rain soaked the parched country, and the Jews were saved.

No one in the synagogue had ever paid attention to the poor tomato vendor. Outside of Simchat Torah, when everyone was called up to the Torah, he was barely ever honored with an aliya. Yet without him, the entire community would have been rendered null and void, Heaven forbid.

This is the lesson of the arava, the willow in the four species. Without it, the expensive and fancy other three species are useless. Don't ever look at another Jew as "simple" because he is not as learned, as wealthy or as high-stationed as others. No one knows the intrinsic worth of the so-called simple Jew. He could be the hidden tzaddik in whose virtue the entire community lives and propsers. His is so humble, that he doesn't even realize who he is himself. May we all merit to be such "simple" Jews, and may we have a joyous Succoth holiday celebrating true unity, amen!

Kalman looked up from his butcher block and he saw some menacing Cossacks in the doorway. "Jhid," they sneered in Russian, "the day of your funeral has arrived"...

Willow in the Wind

4 min
The Guide for Sukkot

10 min
The Joy of Sukkot

5 min
Who is Running the Hotel in Warsaw?

Sticker – Smile, It’s All for the Best

Just Imagine! Their Tales in Our Times, Vol 5

Exciting and educational modern-day comics, based on the holy stories of Chazal- Dear Children, You are probably familiar with many of the stories of Chazal. Despite that, sometimes it’s hard to connect to these stories because they took place so long ago, when life was completely different from what we are used to today. This book will take you on an exciting, imaginary journey that depicts those well-known tales as if they were happening in our times. The details may be different, but the deep lessons they teach are exactly the same! You’ll be drawn into these entertaining and wise stories. Then after each comic you’ll read the original story it was based on. Get ready to be surprised by fun comics with a deliciously familiar flavor… This volume’s stories: Unusual Guarantors Student for One Day