We still have the Erev Rav with us, but today, they can be born into the best families and be the most frum-looking people you'd ever care to meet... 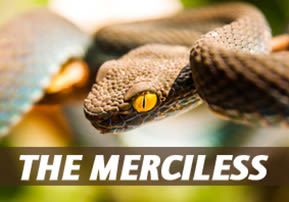 Part 2 of "The Erev Rav"     The Torah first explicitly mentions the Erev Rav in Shemot 12: 37-38: "The Children of Israel travelled from Ramses towards Succot. There were about 600,000 adult males on foot, besides the children. The Erev Rav also went up with them."     The Arizal in Shaarei HaPesukim, Shemot 1:8 explains that when Pharaoh complains that "The people, the Children of Israel are more numerous and greater than us," he wasn't just talking about Bnei Yisrael; he was also talking about the millions of Egyptians converts that Yosef and Yaacov converted (remember, Yosef made all the Egyptians circumcise themselves.)     According to the Arizal, these converts were the Erev Rav, who left together with the Jewish people in the Exodus – and they were more than double the Jewish people.     The Erev Rav today     Those original Erev Rav souls became intermingled with the authentic Jewish souls. The more traditional approach to the issue of the Erev Rav, (as embodied by the Vilna Gaon) tells us that these Erev Rav souls are still with us today, and that they can be born into the best families, have the highest pedigree, and be the most (externally) pious and 'frum' people you'd ever care to meet.

(As we’ll explore in more detail in a later post, Rebbe Nachman of Breslev has a different approach to resolving the issue of the Erev Rav, which involves focusing on Erev Rav character traits, as opposed to talking about Erev Rav people. That distinction is crucial, and should be born in mind as you continue reading through the more traditional sources, below.)     The 'Am' that isn't 'Am Yisrael'     Chazal teach us that every time Israel is referred to as 'Am', as opposed to 'Am Israel', it's an illusion to the Erev Rav. That's why sometimes we find references to 'the people' in the Torah, and other times, references to the 'Children of Israel'.      If the Bnei Yisrael had made the calf themselves, they would have said 'this is our god'. The Torah's language – together with a whole bunch of additional commentaries by our sages – makes it clear that the Erev Rav were responsible for leading the authentic Am Yisrael away from the service of G-d, with devastating consequences.     In the Tikkunei Zohar 97a it says: "All the exile and the destruction of the Beit HaMikdash, and all the suffering, all of it came through Moshe's acceptance of the Erev Rav, and the wicked people and evildoers in each generation come from them, meaning from their souls, for they are reincarnations of those who left Egypt and this is what the Gemara (Beitza 32) refers to when it says:     "Anyone who does not have mercy on the creations is from the Erev Rav because (the trait of) rachamim (mercy) is what Hashem gave to the Jews'."     Next week, we'll look at the five different types of the Erev Rav, as described by Rabbi Shimon bar Yochai in the Zohar, and the Vilna Gaon. 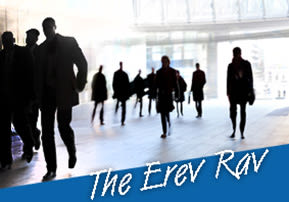 The 'mixed multitude', millions of Egyptian pseudo-converts, who came out of Egypt with the Children of Yisrael despite G-d's advice against accepting them...

Making Sense of Suffering The greatest gift one can give a person tormented by a life-threatening disease or intractable pain is the knowledge that his or her suffering is not meaningless nor does it occur by chance. The late Rabbi Yitzchok Kirzner, the world-renowned teacher and lecturer, confronted this dilemma during his own illness. He dug into his vast fund of knowledge, mining gems of understanding, wisdom and faith that he could pass on to others. Those gems had a special meaning for him and his listeners, because he was growing as his illness progressed. Why do people suffer? Where is Divine justice? What purpose can there be in the suffering of children? Unafraid to ask the questions that dwell in the inner recesses of our minds, Rabbi Kirzner discussed them forthrightly, with crisp honesty and intense realism, in a series of lectures. He was not overwhelmed, and he took his listeners — and now his readers — with him on his journey, sharing the intimate revelations of a soul that withstood all doubts and triumphed over the numbing effects of pain. Masterfully adapted for this book by noted author Yonason Rosenblum, Rabbi Kirzner’s words live on, bringing hope and serenity to those who most need to find meaning in adversity. By Rabbi Yitzchok Kirzner. Artscroll, hardcover, 192 pages

Yours, with Love (For Women Only)

Another amazing booklet from Rav Arush! For women only.

Five Megillos A handy gift-boxed, pocket-sized edition for travel, purse, desk drawer, or briefcase. The perfect way to take along this rewarding reading when space is at a premium. Huge value in a condensed format! The ArtScroll Series presents the commentary of classic giants of ancient and contemporary times in a logical, comprehensible manner, like a master teacher on an exciting voyage of intellectual discovery. Entire Hebrew text reset in clear modern type Flowing English translation Commentary anthologized from 2,000 years of Talmudic and Rabbinic sources Overviews exploring the hashkafah/philosophical background of each volume.

Rav Elyashiv: A Life of Diligence and Halachic Leadership sheds light on the many different facets of a Torah giant: his incredible diligence and hasmadah, his aboslute self-control, the warmth that lay behind his reticent, humble manner. It is an engrossing and fascinating look at the gadol who touched the lives of all of Klal Yisrael.