Queen of the Class?

Seeking a person's forgiveness is a lot more complex than seeking Hashem's forgiveness. This true story brought tears to my eyes... 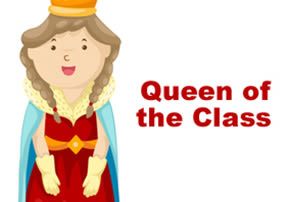 Jewish Law tells us that Yom Kippur does not atone for the sins between man and fellow man. We can't ask Hashem to forgive us for causing pain to another human being until we first seek that person's forgiveness.

Seeking a person's forgiveness is a lot more complex than seeking Hashem's forgiveness. In that vein, I want to share with you a story that brought tears to my eyes when Rav Shalom Arush told it to me.

In Israel, there's a concept among schoolgirls called Malkat HaKita, the queen of the class. Oftentimes, this is a blue-blodded and snobby girl, the daughter of a rich person or someone influential in the community, who loves to make fun at the expense of others. Rina, one such girl in a  Beis Yaakov girls' seminary (equivalent to High School) in Bnai Brak, was the 17-year old queen of her 12th-grade class. 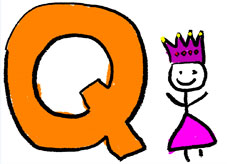 Once, one of the girls, Zeldie – not so pretty, not so popular, the frizzy-haired daughter of a cab driver – came to class with a short mushroom-style haircut. The queen was always on the prowl for a good laugh at someone else's expense, so she yelled out, "Did it rain in the classroom recently? Our classroom is growing mushrooms!" At Rina's cue, all the girls broke out laughing.

Zeldie could feel how her face flushed, that the blood left her face and she turned from crimson to white, as if someone had slit her throat. She suffered unbearable indescribable humiliation. She almost fainted. The bell rang, and the teacher called all the girls to settle down. Our victim sat in a puddle of tears, which could just as well have been a puddle of her own blood.

The queen of the class was an artist in what she called "the hairline laugh", which in Hebrew means laughing at the expense of another person. This is the worst form of cruelty and cynicism – in my opinion, even worse than a terrorist.

Zeldie not only couldn't concentrate in class, but she lost any semblance of self-esteem and self-confidence. The sorrow and the feelings of revenge were like acid in her heart. Nothing succeeded. Later that year, they graduated from Seminar, and she couldn't find work. One by one, her classmates were getting engaged, and our victim wasn't even getting any shidduchim (marital) proposals. Nothing was going right. She became a miserable, bitter, nervous bag of sorrow and revenge.

Ten years transpired and Zeldie was now a 27 year-old wallflower still living at home with her mother.

Meanwhile, the queen of the class received a prestigious shidduch with a wealthy and prestigious family in Boro Park. After her wedding in Israel, she moved to America with her new husband. She had plenty of money, a big house, but ten years later, she still lacked life's main joy – children. All her girlfriends were having their fourth and fifth children, but she still had none.

In Rina's neighborhood, there lived another classmate – Sarki – from her old Beis Yaacov class in Bnai Brak. Sarki also married a Boro Park young man and also moved to the USA after her wedding. In fact, Rina's husband and Sarki's husband learned at the same Kollel. The queen of the class used to beg her old classmate to come up for coffee or to talk, but Sarki always had a good excuse – she now two little tikes at her side, another two in a twin stroller, and she was well on the way with #5. Nevertheless, the queen of the class cornered her and literally coerced her – kids and all – to come to her 15th-Avenue home for coffee. She asked, "Why do you avoid me? Why does everyone seem to avoid me. My life is so miserable, and I don't understand why."

Sarki blushed and didn't want to talk. Rina, the former queen of the class, prodded her. Sarki cleared her throat with a forced cough and blurted, "OK, Rina, if you really want to know, I'll never forget your cruelty. I don't know what to compare you to – a murderer? A heartless Nazi? Do you realize how you destroyed Zeldie's life (the girl with the frizzy hair)?" Sarki had been periodically in contact with Zeldie and would call her from time to time.

The queen of the class begged Sarki for Zeldie's phone number – she knew in her heart that the young mother was speaking absolute truth, so she decided to call the victim and ask for forgiveness.

The queen of the class phoned the victim and begged for forgiveness. Zeldie screamed at her, "What do you mean? You embarrassed me in public, caused me torture and grief, and now you want to dismiss 10 years of suffering and loneliness with a wave of your hand, because you're the queen of the class? Not any more! Get out of my life! It's not enough that you've haunted me all these years and robbed me of any happiness or feeling of self-worth?" The victim slammed the phone down.

A week later, someone knocked on the victim's door. Rina, eyes red with tears, begged Zeldie's mother to let her in their modest flat in Shikkun Hey of Bnai Brak. Zeldie at first refused to speak to Rina. But with her mother's prodding, Zeldie came to the door. The 27-year old childless woman with puffy eyes and modest dress was not the Rina – arrogant and ultra-snobby queen of the class that she remembered. The two women instantaneously felt each other's sorrow and fell into each other's arms in a long cry and embrace. Their bodies heaved with sobs, a catharsis of years of pent-up emotions, sorrow and frustration. Each told the other her story of what they had been through for the last ten years. Finally, they forgave each other.

Later, the victim realized that she had suffered double torture – first from the humiliation, but even worse, from 10 years of burning hate and revenge in her heart, that like acid, seemed to corrode the walls of her soul.

Let's ask ourselves a question: In the story of the queen of the class, we see that the victim was also punished. Why? What did the victim do wrong? There are two reasons, as Rav Shalom explained to me:

If someone suffers because of you, then you suffer too. That's why we pray at Kriat Shma every night, that no one should be punished because of me.

Let's be extra careful in not hurting a single human on earth. But if someone hurts us, we must accept it with emuna – as painful as it is – believe that everything Hashem does is perfect justice. Let's blame our misfortune on our uncorrected transgressions.

When we forgive others, Hashem forgives us of our transgressions, measure for measure.  But when a person demands justice, Hashem checks who's demanding judgment, and opens up that person's file.

On Yom Kippur, we want to atone for our sins and not have our files reopened. So let's not throw the book at someone else, so we don't get the book thrown at us. That's why we also say at night, "Sharei lei leman demetzar li…" – I forgive whoever gave me grief. May will all receive a final inscription in the Book of Long Life for a wonderful New Year, amen!

The Murrays tell the beautiful story of their spiritual journey from being youth leaders in a Christian church to choosing Torah and Judaism. Read of their challenges, frustrations, joys, and eventual fulfillment in becoming their true selves.

4 min
From Rose Bowl to Rashi

The Wonders of Gratitude

The Wonders of Gratitude A brand new flower in Rabbi Shalom Arush's emuna garden!    "Thank You" is not merely a phrase. Thank You is emuna. And not just any emuna but knowing all the principles of emuna. Thank You is the deepest form of truth. Thank You is humility and submission. Thank You is the basic good manners that every person should have. And Thank You is also "the delight of the World to Com," that is, our delight in the eternal world. The merit of giving thanks and praising Hashem in this world is the most beautiful and greatest gift that the Creator gave us.   When you read this book, a whole world of possibilities that you did not know will open up. Discover the "Wonders of Gratitude", and then you yourself will come to tell us about the miracles and the salvation you had. You will be the protagonist in your own miracle storyf!   Softcover, 500 pages.   For wholesale orders, please contact  whatsup@breslev.co.il

Imitation leather bracelet with Star of David and “Israel” inscription

Four spectacular and unique bracelets of brown imitation leather and delicate cream-colored ropes. In the center is a brown-colored round plate with the inscription "Israel" in English and Hebrew. Also includes a Magen David.   This set must be yours and those closest to you! Now at a lucrative price!

Do you suffer with ear infections and fluids in the ear?   New!  The Gem Stone Kit for Ear Infections by Dr. Gila Gavrielov, PhD in Behavioral Science and Gemology, a specialist in diagnosis and healing with crystals.    This unique gem stones kit is designed to help treat ear infections, clear fluids from the ear and prevent ear tube surgery. Includes instructions for cleaning and use.     Yes, it is possible to change and improve your condition with these unique gem stones!   Please note: Dr. Gila Gavrielov's tinctures and gem stone kits are totally free of chemicals and side effects. The tinctures and gem stones are based on the frequency emitted by the Hoshen stones and are meant to help you heal naturally through an extraordinary method based on healing via fluctuating energy. The tinctures and gem stones help to alleviate or eliminate unwanted behaviors, perceptions and qualities such as fearfulness, uncertainty, lack of self confidence, anger, jealousy, disturbances, imbalances, post traumatic stress disorder and more while helping you bring out your good qualities in the best way possible.   Everyone feels and reacts to the energies emitted by gemstones thanks to their crystal structure that transmits very concentrated and clear frequencies. Every stone, according to its particular mineral content, emanates its own unique and potent energy.   Price is per unit!   Certified kosher by Rav Landau shlit"a.   Highly recommended!

When Adar enters, we increase happiness!   A special blue grogger, multi-colored, made of wood in shades of blue, red, yellow, and natural wood tone. On the wood is painted decorations of Jerusalem. In the center, the wood is painted blue with the caption: "When Adar enters, we increase happiness!" in golden color.   Natural color handle.   Size 16 * 14 cm.   The perfect item for Purim! Buy now at the funniest price!

Devory, a young Israeli mother, is told by her parents to prepare her house for very important guests. How many secrets can a family carry, and why is Devory at the center of every one? Will she ever get her simple life back? And what will the future hold for her if she doesn't?