If you are active in bringing souls closer to Hashem wherever you are, then keep on doing what you do. There is nothing greater now than outreach... 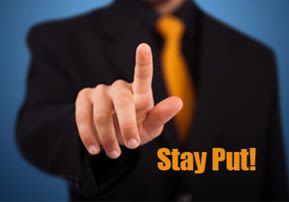 So much has been said in my name about aliya and one's obligation to make aliya, but according to the many letters I have received, quite a few people have misunderstood me, others have selectively quoted out of context, and yet others were very upset by my answers. It's certainly not our intention to pour salt on people's open wounds and to make them feel worse, G-d forbid, when they already feel bad because they simply are unable to make aliya at this time. Let me explain:


If you're a divorcee with joint custody and/or visitation rights of your children under the age of eighteen, and making aliya means that you'll lose connection with them, then delay aliya for the time being.

If you take care of elderly parents, and at the moment you lack a suitable alternative for them, then delay aliya for the meanwhile.

If you're repaying debts, and by leaving your job or business at this point in time, you won't be able to repay them, then stay put and postpone aliya. But do your best to repay your debts as fast as possible so that you'll eventually be able to make aliya with a clean financial and spiritual slate. Unpaid debts are a big source of stern judgments, so it's not a good idea to begin such an important new spiritual venture such as aliya when 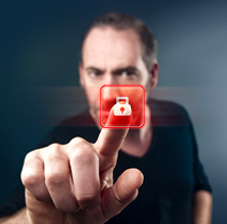 there are people who are upset with you because you owe them money. People with justified grievances can invoke harsh judgments if they're not placated. So don't use aliya as an excuse to shirk debts and responsibilities.

First, know full well that even if you can't make aliya at this time, you have an obligation to start praying daily for Hashem to help you make aliya as soon as feasible.

Second, there's an important message for anyone who has his or her own good reason to delay aliya for the time being – you have a job to do to spread emuna in your area.

Don't get me wrong – the Land of Israel is the place for a Jew to be. Sooner or later, we will all be here. Yet, Hashem doesn't want to leave anyone behind. Do you know what that means? If you are in London, New York, Toronto, Washington, LA, or elsewhere overseas, and your personal circumstance virtually won't let you make aliya in the foreseeable future, then be happy! As people of emuna, we know that Hashem put you in that circumstance for a specific purpose. Hashem has no problem at all in juggling your circumstance and removing your current obstacle that prevents you from making aliya. So if you can't make aliya, you're doing yourself a disservice by simply shrugging your shoulders and sweeping the issue under the rug.

From everything I've heard from the truly righteous individuals of our generation, time is running out. I'm not saying this to scare anyone, but any person with two eyes and two ears can see how the world is sitting on a powder keg. Despite the impression to the contrary, the Land of Israel is the best and safest place in the world for a Jew to be. The need and the obligation to make aliya is becoming more and more urgent, as many of the tzaddikim have reiterated more than once. Please don't ignore their message.

But, if you can't make aliya for the time being, don't be depressed or disappointed. Hashem has a job for you to do wherever you are right now. Start spreading emuna to everyone you know. Use you tithe money to invest in a stock of emuna books and CDs, and take whatever you can carry wherever you go. Invariably, Hashem will send you plenty of opportunities to reach out to people and bring them closer to Him. For example, if a business associate, a customer, or someone in the synagogue confides in you that they're having marital problems, give them a copy of The Garden of Peace and Women's Wisdom. With one book or CD, you'll not only be saving a marriage, but you just might be saving a life as well. One emuna GEM could very well be the factor that prevents a despairing individual from taking his life into his own hands.

One thing is for sure – when you are engaged in outreach, you're saving souls as well as bodies. You are Hashem's emissary in your area. As Hashem's emissary, you and your family will the enjoying the benefits of Hashem's protection. And, when the time is right, you and your family will be ushered to the airport to get on the plane to Eretz Yisrael, so you can greet Moshiach Tzidkenu in our rebuilt Holy Temple, speedily ad in our days, amen!

Original publish date: 2012. This message only gets more and more urgent!

Because of the Corona lockdown in nursing homes, you can't see and visit them anymore. So you might as well make aliya because you can manage their care from Israel as well as you can from there.

No difference between here and there - and no excuse anymore not to come!

Why the switch? After years of comments like "Jews in America will be lucky to make it out with a tooshbrush and the clothes on their back" and "get out now".... Now it's "stay put"?? Really? What changed? Don't say this has been the message all along. I'm sure everyone who frequents this site would agree that the "leave" message is 100 times louder than the "stay"... until now, that is.

The Rav Shlit'a never switched, Yossi. This article is specifically for those people who are in a circumstance that totally prevents them from making Aliya at this time. The "leave" message is as loud as ever. Therefore one who stays behind in the meanwhile must mobilize in being a shaliach for spreading emuna. Blessings, the Editor

After years of comments like "Jews in America will be lucky to make it out with a tooshbrush and the clothes on their back" and "get out now".... Now it's "stay put"?? Really? What changed? Don't say this has been the message all along. I'm sure everyone who frequents this site would agree that the "leave" message is 100 times louder than the "stay"... until now, that is.

The Rav Shlit'a never switched, Yossi. This article is specifically for those people who are in a circumstance that totally prevents them from making Aliya at this time. The "leave" message is as loud as ever. Therefore one who stays behind in the meanwhile must mobilize in being a shaliach for spreading emuna. Blessings, the Editor

3 min
The Time Has Come

2 min
The Purpose of the Holy Land

Getting to Know Your Feelings

Getting to Know Your Feelings Within our souls are 7 basic emotions which we are free to use or misuse. We have the ability to discover and negate the main negative emotions in our lives in order to help us attain tranquility.  We can lead a more gratifying life by accessing our true emotions on a deeper level, helping us better respond to the situations that confront us in life. This book helps you discover, define and understand the main negative emotions and how to turn them into a positive. It explains the power of the negative side of imagination that can lead us off-base in our feelings and expounds on how we can sort through them so as to create more holiness in our lives. A guide to emotional healing on the deepest level! By Rabbi Itamar Schwartz

Chain of an apple, pomegranate, and a cluster of grapes.   Beautiful for your Succah.   Length: 50 cm.

In Forest Fields – The Garden of Prayer and Hitbodedut – English

In Forest Fields - The Garden of Prayer and Hitbodedut - English Rabbi Shalom Arush's new book that we've all been waiting for! Hitbodedut, personal prayer is the number one proof that a person has emuna. One who believes in Hashem speaks with Hashem. How can a person claim to believe in Hashem if he does not speak to Him? Rebbe Nachman teaches that everyone from the greatest to the simplest man should spend an hour a day in hitbodedut. In this book Rabbi Arush teaches us how. Paperback, 385 pages, English, translated by Rabbi Lazer Brody.

Magnet – My woman is the prettiest! – in Hebrew

Magnet - My woman is the prettiest! - in Hebrew