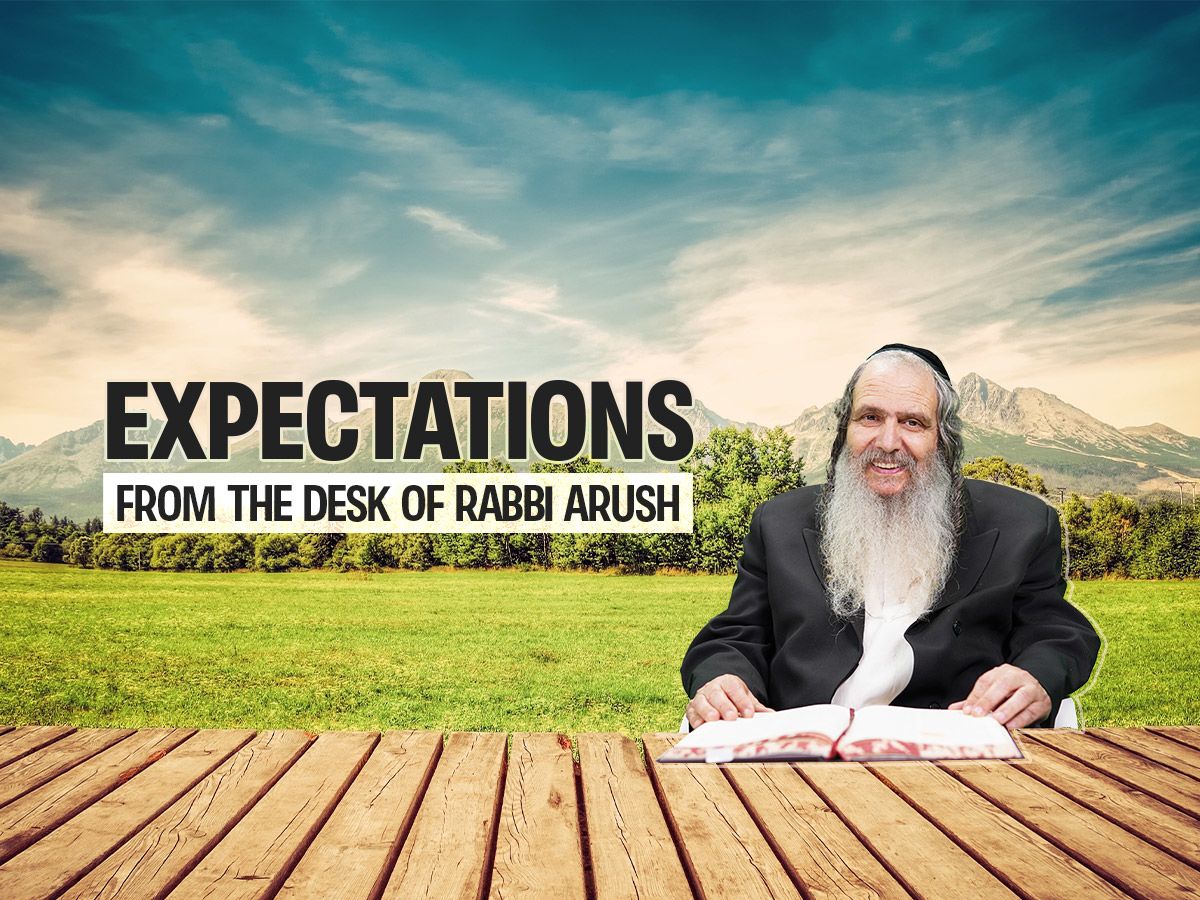 Every Delay is for the Good…

Yitzchak was always careful to light the Chanukah candles on time, without delay, just as the stars come out, thus lighting according to all opinions. He lit the candles with enthusiasm and joy, relaxed, singing and dancing. He always planned everything so that all members of his household would be ready on time. Even when there were circumstances that got in the way, Yitzchak always did everything possible to light on time, and, Baruch Hashem, he was always successful.

This year, Yitzchak had to return home from a different place in town on the first night of Chanukah. He planned things so as to ensure that he would get home on time. The bus trip was supposed to take twenty minutes, so Yitzchak left forty minutes ahead of time.

Unfortunately, due to a long traffic jam, the bus was forty minutes late in coming. In fact, it turned out the heavy traffic continued all the way, and the trip was to last almost an hour and a half!

As he stood at the bus stop, the minutes ticking by, he felt frustrated and helpless. His conscience belabored him: “What should I do? Such a thing never happened to me…” A heavy cloud of gloom engulfed him and he began to speak with his Creator. Yitzchak thanked Hashem for all those years when he did manage to light on time, and he thanked Hashem that this year too, he chose correctly, and set out a long time before the stars would come out, thinking he would surely arrive on time. From his point of view, he had done all he could do. This is what he always did and he had never encountered such a big delay – not even one close to it.

How Does One Light?

Yitzchak understood that if he would arrive home in a bad mood, this would affect all the members of the household and the atmosphere around the candles, which they look forward to all year long. Therefore, Yitzchak considered the situation and began thinking: “What message is the Creator sending me? I did all I could. I made an effort. I davened. What does Hashem want to hint to me? I must daven that Hashem will enlighten me regarding what I have to correct. But what does the Creator want from me now? Does He want me to arrive home broken in spirit? Isn’t it enough that I am not lighting at my usual time – I should also light the candles in a depressed mood, chalila?”

Yitzchak understood that with all his efforts to light on time, it seems Hashem wanted a different sort of service this time. Hashem wanted him to serve Him enthusiastically even if not everything was working out according to his plans. And indeed, Yitzchak spent the long trip home praying deeply to merit the light of Chanukah, and to be in the same joyful mood and enthusiasm as in every other year.

When he got home, his family sensed nothing. Moreover, the joy and enthusiasm were much greater than every year. The lighting came with many more prayers than usual, and the joy was overwhelming. Yitzchak did Hashem’s will even when it clashed with his own will and expectations.

Prepare Yourself for Work

Because a person must realize: You expect to serve Hashem in the way that you understand, and under conditions that seem perfect to you. But Hashem wants you to serve Him in the way that He wants – and that is your perfect service of Hashem!

If you expect that everything will go according to your wishes, be prepared for some big disappointments and frustrations, and then you will not be able to serve Hashem properly. True service of Hashem is only when a person prepares himself to serve Hashem precisely under the conditions that the Creator of the World provides, with precisely these difficulties and trials and surprises of life – and that is the essence of emuna (faith)!

How Does One Become a Yaakov Avinu

In this way he could have become a big tzaddik like Shem and Ever and like Noach, but he would not have been able to become one of our holy Avot (patriarchs). For to become one of the Avot, not to mention the most perfect of them, he had to go through difficult tests and serve Hashem under the most difficult conditions, and that is why his life was so unstable.

He was forced to escape to Haran, penniless and under threat to his life, and to live with a wicked, scheming person, working for him for twenty years, and under those conditions to create a family and educate children for Torah, kedusha and fear of Heaven.

And it was not even over. He returned to the land of Canaan, carrying with him the Divine promise of “And I will do good for you” – things will be good – and after that he didn’t have one moment of rest and repose, from the meeting with Esav, in which he was in danger and lost a huge part of his possessions, on to the story with Dina; after that he was told that his mother, whom he missed so much, has died before being able to see him and his offspring.

He moved on towards home and then his beloved wife, for whom he worked seven years, died. And from there on to the act of Reuven, and then the calamity of losing his beloved son, Yosef Hatzaddik. He mourned for twenty years – for twenty years he had no ruach hakodesh (Divine inspiration). He was totally broken, and yet he continued to serve Hashem with full faith, without any questions or doubts…

After such a difficult life, he arrived in the most unholy place – the land of Egypt – knowing that he was starting a long exile; and it is there that he lived the best seventeen years of his life! “Yaakov lived” – he was once again together with his son. He was wealthy and was surrounded by his large family. He had a beit midrash, and full autonomy to live a life of Torah and yirah (fear of Heaven).

Tranquility Comes Only at the End

This reminds me of Rabbi Natan’s statement at the end of his life: “Why did everything go smoothly at the end of my days? Because I prayed so much all my life!” Rabbi Natan of Breslev, who experienced persecution and battles all his life, who all his life gave himself over to Hashem under impossible conditions – only when he reached old age was he able to serve Hashem according to his will. All his life he had wanted and had hoped to reach that state, but he knew the secret: Tzaddikim have no peace in this world. “Yaakov wished to dwell in tranquility, and then the troubles of Yosef sprang upon him.”

Yaakov did not want to sit on the beach and drink wine. Yaakov’s tranquility consisted of getting up at midnight to learn Torah and praying day and night. And even so, Hashem wanted a different sort of service. Hashem wants from the tzaddik – and this is actually what Hashem wants from each and every one of us – to serve Hashem with the financial difficulties, with the problems with the children, with the pains of body and soul.

Sometimes one has to “give up” serving Hashem, stop the hitbodedut or the learning, and go help at home, learn with the children, take the family on vacation, take the car to the garage, help a friend, gladden a couple getting married etc. Everything you do in life is Hashem’s will and you have to serve Hashem wherever you are and in whatever situation, as Hashem wants, and not always as you planned.

We gather all the facts, weigh them against known risks, and then make our move. The move might be 100% correct, but still be wrong. What - how can that be?!

We Win and Then We Lose

6 min
There’s No Substitute for Work

The Jewish Home: A Guide to Jewish Family Life

The Jewish Home: A Guide to Jewish Family Life A new edition, revised and greatly expanded, of Rabbi Eliyahu Kitov's acclaimed and beloved classic on Jewish family life. The vital wisdom and life-giving strength of traditional Jewish teaching is reflected in the wealth of topics: Jewish marriage, harmony in the home, the meaning of modesty, raising children, kashrus, and much more. Every Jewish home and family will be bolstered and inspired by this book. By Rabbi Eliyahu Kitov

Blessing for the Home on Hamsa

New and unique! The blessing for the home in English on a hamasa. This special hamsa is colored in blue and turquoise and framed in gold. Beautiful designs give it that extra decorative touch. Size: 18 c"m. A charming and handy item! Makes for a lovely gift!

A unique Shema Yisrael necklace featuring the inscription on a gold-colored key with a Star of David inlaid with a decorative turqoise stone at its center. Includes a delicate, gold-colored necklace. Now specially priced - don't miss out! Order today!

Mini-puzzle with 130 pieces that make a picture of Caesaria, Israel.

This mehadrin, 20 c"m Arizal mezuzah is written on in-dipped parchment by a God-fearing sofer stam.   The mezuzah will be sent to your directly from the sofer stam accompanied by a certified authorization.   Please call Breslev Israel's orders department for more details.