Masei: A Leader for Israel

The Jewish people require two types of leadership – material and spiritual. Capable leadership leads to success in both areas, revealing the greatness of Israel… 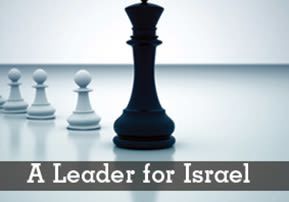 Moses was worried. Who would lead the Israelites after his death?

"Moses spoke to God, saying, 'Let God … appoint a man over the community. … Let God's community not be like sheep that have no shepherd.' God told Moses, 'Take Joshua the son of Nun, a man of spirit, and lay your hand on him’…

Moses did as God ordered him. He took Joshua and had him stand before Elazar the kohen and before the entire community. He then laid his hands on him and commissioned him." (Num. 27:15-22) 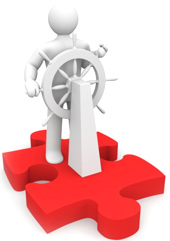 the Jewish people. Every aspect of this sensitive transition was significant. Yet, several details in the Torah's account require clarification.

Why did Moses first refer to the people as "the community" and later as "God's community"?

Why did Moses place both hands on Joshua, in contradiction to God's command to "lay your hand on him"?

The Jewish people require two types of leadership. Like any other nation, they need leadership in material matters — economic, military, political, and social. In addition, as bearers of God's Torah, they require spiritual guidance. Capable leadership will lead to success in both areas, revealing the greatness of Israel. All will recognize the wisdom and the beauty of their ways, as befits a special people who enlighten the world with spiritual knowledge and holiness.

In his plea before God, Moses referred to the people both as "the community" and as "God's community." Moses requested that they have a leader for all of their needs, both material — as any community — and spiritual — as God's community.

One or Two Leaders?

The question is: can these two areas be combined under the guidance of one leader? Or is it necessary to divide them into two positions, one person to govern the nation's material needs, and a second leader to deal with Torah matters. Clearly, if the two positions do not contradict one another, it is preferable to limit the number of leaders. "For the transgression of a land is in its many princes; but by a man of understanding and knowledge, established order shall long continue" (Proverbs 28:2).

The answer to this question, whether the spiritual and material leadership can be combined into one position, depends upon the state of the people and the world. When God's unity is revealed in the universe, and the entire world enjoys God's beneficence, then anything that contributes to the world's advance is directly connected to God's will. With material progress, the spirit gains understanding and insight. As the Talmud teaches, "All of your builders will be taught of God" (Berachot 64 on Isaiah 54:13). Those who literally build up the world, in all of its aspects, will be granted enlightenment and wisdom. All occupied in advancing the world will be fulfilling the will of their Creator. In their actions, they cleave to God's holiness, just like the holiness associated with performing mitzvot and studying Torah, which are directly and truly the will of God.

In such an elevated reality, there is no conflict between the spiritual and material spheres. Therefore, it is logical that the supervision of both realms be combined under a single leader. The prophets announced that this will be the state of the world under the leadership of the messianic king.

This was also the level of Moses, who looked after both the spiritual and physical needs of the people in the desert. Moses was a "faithful servant," taking care of their material needs; and he was crowned with "perfect beauty," in his spiritual guidance of the people. For Moses, there was no contradiction between these two aspects. His bodily powers were not weakened by the divine light that appeared to him, due to his clear recognition of the unity in God's divine will.

But when the intellect is unable to achieve this state, and can only draw spiritual sustenance when the springs of knowledge are free of all material aspects, then spiritual growth requires limiting the time and effort invested in worldly matters.

In summary: when the Jewish people merit the revelation of God's unity in all realms, then they should have one leader, providing enlightenment in spiritual matters, and counsel and strength in material ones. The leader will not be distanced from holiness by his occupation in mundane matters. On the contrary, he will gain grace and honor. When, however, the Jewish people fall in their level of holiness, a conflict develops between the physical and the spiritual realms. Then it is necessary to have two distinct leaders. Under those circumstances, the study of holy subjects distances one from worldly matters. And occupation in worldly matters clouds holiness and dampens the desire to warm the soul with the Torah's holy light.

Now we can understand why God commanded Moses to place one hand on Joshua. The hand is a metaphor for control and governance. Two hands represent control over two realms, the spiritual and the physical. Were God to command Moses to place both hands on Joshua, that would indicate that — for all times — both spiritual and practical leadership would be divinely issued. In dark times, when the material realm is distant from the spiritual, we can hardly ascribe to the material leader the same divine right to rule that Moses passed on to his disciple.

Why then did Moses place both hands on Joshua?

Moses understood from God's command that only in the spiritual realm would there always be a divinely-appointed leader. Nonetheless, Moses wanted to prepare the stage for a future world in which both realms will united under one leader. Therefore, he made Joshua stand before both the high priest (representing the spiritual) and the common people (the physical). Moses then placed both hands on the new leader.

According to the Talmud (Nedarim 38a), Moses generously bequeathed to the Jewish people an aspect of Torah called "pilpula be'alma."  What was this special teaching?

True material leadership in accordance with the Torah will only be completely revealed in the Messianic Era. Yet, even now it is possible to reveal (to a select few) some understanding of how in the future we will be able to sense the divine quality that resides in all material matters. This is the "pilpula be'alma" that Moses taught — intricate teachings in the physical world. This knowledge was transmitted to us when Moses placed both hands on Joshua, exposing the inner unity of both realms.

Rabbi Chanan Morrison of Mitzpeh Yericho runs http://ravkookTorah.org, a website dedicated to presenting the Torah commentary of Rabbi Avraham Yitzchak HaCohen Kook, first Chief Rabbi of Eretz Yisrael, to the English-speaking community. He is also the author of Gold from the Land of Israel (Urim Publications, 2006). 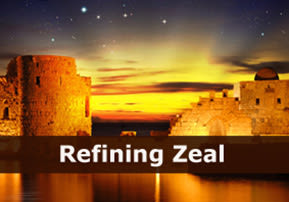 When G-d gave Pinchas a covenant of peace, He affirmed that Pinchas' act of zealotry — defending Israel from idolatrous influences — was performed with pure motives…

4 min
Matot: Atonement for the Soldiers

This pendant expresses that by the power of faith one passes through life. According to Rabbi Nachman, "The whole world is a very narrow bridge."   Made of pure S925 silver inlaid with 24 mm diameter clear zirconia stones!    Suitable as a luxury gift!

When I Find A Place, Aharon Razel