Do you know people who seem to be living a performance and whose lives are in shambles?   The Kalever Rebbe describes the inevitable influence they have on society by redefining what is acceptable behavior.

“He said, please don’t leave us, for because you are familiar with our encampments in the desert, and you will be our guide (literally “our eyes”).” (Bamidbar 10:31)

Crying on the Inside

There is a story is told of a man who once went to a psychiatrist for help. “I am feeling dissatisfied and unhappy with life my and I simply cannot break free from this depression,” explained the man.

“You’re in luck!” replied the doctor. “There is a popular circus in town that has a famous comedian. Everyone finds his show hysterical. Go and see his show a few times, and then come back to see me. I am confident your disposition will be happier.”

“That cannot help me,” replied the man somberly.

“How do you know?

“Because I am that comedian…”

A person may appear happy on the outside but be struggling with an empty darkness, a sadness on the inside. Even a clown whose entire profession is to bring joy to others might find joy elusive for himself.

The joy that entertainers bring to the audiences is temporary and fleeting. It is superficial. It cannot last. Once a person realizes that everything that they thought would bring them joy was only a temporary fix, a momentary feeling of satisfaction, the joy will dissipate and all that will be left is sadness, disappointment, and depression.

A Baal Teshuva, who was a well-known American actor, once visited me. He shared with me his story of returning to Hashem:

He was living a life of glamour, he explained. He was famous and had all the riches he could imagine. But he felt empty inside. One day, he realized that all of his friends, his fellow entertainers, were living a performance. On the outside they appeared happy as they chased after their desires and lifestyles. However, none of them were truly happy. In fact, as he told me, they mocked ultimate truths like religion and faith.

When he thought about this culture that surrounded him, he decided to stop entertaining and return to Judaism and Hashem. He made a choice to seek out truth in his life. Only then, when on the path of Torah and Mitzvot, did he finally feel a sense of satisfaction and happiness, true happiness.

This is like the story of R’ Uri Zohar, zt”l: 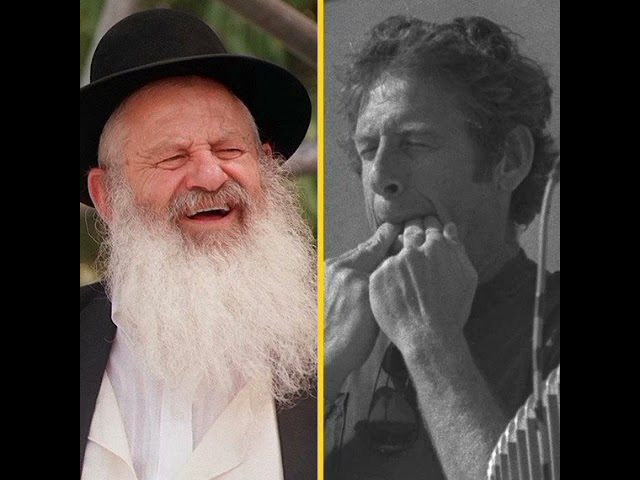 He was a secular Jew who had become one of the most famous actors in Israel. One day, he met a friend whom he had not seen in a long time. This friend had become a Baal Teshuva, a completely Torah-observant Jew. When they met, Uri recalls how content and happy his friend looked. In fact, he never seemed happier, and Uri wanted to explore what had transformed his friend. What was the secret to his happiness?

Uri began learning about Yiddishkeit and exploring the religious communities. Through this process, he came to the realization that the Jews who were observant had a joy and contentment that could not be found in the secular world, even with all the fame and success. Their happiness was rooted in the reality that they had a purpose in this world: to fulfill Hashem’s Torah and perform His Mitzvot.

Soon enough, Uri began transforming his own life and eventually became a completely observant Jew. He made it his mission in his life to share his story and inspire others to change their lives as well.

The Influence of the “Stars”

Society idolizes these “stars”. They envy their glamorous lifestyles. They even fantasize how incredible it must be to be that wealthy and famous. But when you take a hard look at these “stars”, you quickly see how far off reality is from fantasy.

Their lives are in shambles. They are miserable. Some struggle with substance abuse. Others get married and divorced multiple times. Their behavior is despicable and indecent. Some of them even take their own lives, intentionally or accidentally. They are reckless. This behavior is just an affirmation that they suffer from a tremendous amount of sadness and dissatisfaction with their lives. On the outside they “act” happy but it is all a false façade. What someone sees on the outside is merely a performance.

But their behaviors are not isolated to their own lives. They influence society by creating new norms and redefine acceptable behavior.

In today’s society, we see an eruption of violence, disregard for human life, an overwhelming addiction problem, and a culture that values immorality and promiscuity to the point of destroying the wholesomeness of the family structure.

Within each person is an animalistic soul that drives one’s instincts. This element of a person is like a monkey; it will mimic the behaviors of its peers. When it sees these behaviors playing out even in the fantasy world of entertainment, it arouses that desire, that behavior within the person. But they are all empty pursuits and, in the end, all a person will be left with is a sense of emptiness, of sadness and depression.

People have stopped considering the impact that their actions have on the world. They behave destructively without regard for consequences, acting violently and fueling their desires with promiscuity.

A person’s desires are evil from birth. When these dark instincts are awakened by the images on television and other places, it inevitably motivates the person to chase after more of the same. And when someone can’t satiate his desire, this brings him to depression.

When someone eats food that might be delicious, sweet, and tasty but void of any real nutrients, they will still be hungry. They will want to eat more and more. However, unless they eat something of substance, they will never be satiated. So too, with desire. These pursuits of false happiness only create a more massive void which, in turn, fuels the pursuit for more of the same.

The entertainment industry amasses fortunes by fueling these desires, creating a market for false happiness that only leaves the audience desiring, which causes more erosion of society’s morality. The leaders of this industry know about this bad impact, but they are here to get money and publicity.

Chazal teaches (Sanhedrin 99a) that the place, the level, of a Baal Teshuva, isn’t even attainable by a Tzadik. My ancestor Reb Zvi Hirsch of Ziditshov zy”a explained that the reason for this is because when a person returns to Hashem and the Torah and mitzvot, they lead by example. They demonstrate to others the virtues of Torah and mitzvot in stark contrast to the vile and depraved behaviors of society. That example inspires others to also return to Hashem, and all of the mitzvot that those new Baalei Teshuva perform are in the merit of the person who showed them the way, to the extent it is as if that original personal actually performed them.

The Conversion of Yitro

Perhaps, this can help explain this dialogue with Yitro:

He was the high priest for idol worship in Midian, where he was serving the idol of Baal Pe’or. The Gemara in Sanhedrin (106a) explains that the priests in that place encouraged their followers to behave promiscuously and to dress immodestly. They wanted to create a culture of false happiness and desires that would fuel their followers without ever having them obtain true contentment. They knew that the more these behaviors were in public view, the more people would be drawn to their idol worship and to their community. As a result, those masses would contribute financially, allowing the priest to amass fortunes. Their influence would grow.

However, Yitro saw the truth behind these motivations, and began to despise that system. He understood the falsehoods and the inevitable damage being done to society through that infrastructure. Therefore, he returned to Hashem and converted.

After Yitro had spent time with the Jews in the desert, he was ready to return home. When the Jews implored him to stay, they said, “You will be for our eyes.” The yidden were asking Yitro to stay to be a teacher for them for their eyes, how to protect themselves from seeing promiscuity. They wanted Yitro to teach them how important it is to be careful with what they saw, to avoid being drawn into the behaviors that Yitro had abandoned.

May Hashem help every yid to find the strength to guard against seeing anything inappropriate, and to remain steadfast in pursuing only true happiness in this world, which is only possible through Torah and Mitzvot. In the merit, may you only have blessings of health, happiness and success in your lives.

The Kalever Rebbe is the seventh Rebbe of the Kaalov Chasidic dynasty, begun by his ancestor who was born to his previously childless parents after receiving a blessing from the Baal Shem Tov zy”a, and later learned under the Maggid of Mezeritch zt”l. The Rebbe has been involved in outreach for more than 30 years, and writes weekly emails on understanding current issues through the Torah. You can sign up at www.kaalov.org.

A person may appear happy on the outside while struggling with an empty darkness, a sadness on the inside.

The entertainment industry amasses fortunes by creating a market for false happiness that only leaves the audience wanting more. In the end, it simply causes more erosion of society's morality.

Climate change is a pressing global issue. Scientists have their own ideas how to save the environment. What can you and I do to affect a real change?

3 min
The War of Google Under Our Noses

4 min
The Damage From Mixing

A his and hers rhodium-plated broken heart necklace. Each half of a heart is inscribed. The first half has the word "I" on it and the second half the world "you". Rhodium is a stately metal that is both strong and glossy, lending a high quality look to any item. It protects items from scratches and prevents tarnishing. A special gift for that special someone! Now at a special price! Order today!

Orchos Chaim of the Rosh

Rabbeinu Asher's Classic "Paths of Life" with an anthology of contemporary expositions. This small but invaluable treasure is now available in English with illuminating commentary on principles which should be studied and lived every day - a textbook of personal behavior. If the Baalei Mussar found this book invaluable, how much more should it mean to us today? By Rabbi Alexander Z. Sternbuch. Artscroll, 222 pages.

Good Girl Kiddush Cup A small and elegant kiddush cup infixed with the caption "Good Girl" and inlaid with pink crystals. Height: 6 c"m. Very cute and elegant! Your little girl will love it!

Disk number 2 in a series of live concerts featuring a 17-band orchestra and the Tiferet HaMizrach Choir. 5 tracks.