We can tell ourselves that we accept the ordeals and tests that our Heavenly Father sends us, yet we may still not be pleased with them deep inside… 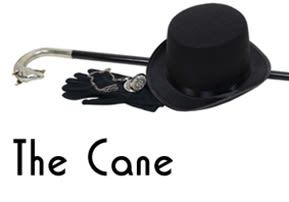 According to Likutey Moharan (Rebbe Nachman, zt’l) and Perek Shirah, we can learn a lot from each of G-d’s creations. This idea came to mind recently as I remembered way back to my school days being taught about the life cycle of the salmon. I didn’t retain much about the subject other than the fact that they swim upstream to spawn. Every year they instinctively swim against strong currents for hundreds of miles in order to mate and lay their eggs in the shallow stream. They actually go back to the same place in which they were hatched, continuing their life cycle.

While it is true that the salmon does this amazing feat intuitively without giving it any thought, it is still quite astounding that they go through such an effort to reproduce. We humans, on the other hand, have free will and are required to make choices which are usually not as physically demanding as what the salmon goes through. Yet we so often fail as we are held back by the notion of facing the difficulties head on. We can take an example from the salmon which defies all odds and appears to be going against nature to fulfil G-d’s Will, whether they realize it or not. Life is an uphill battle and one which is fraught with many obstacles, but if we just make the effort, HaShem will be there to help us forge onward and upward. It is said that a salmon will even swim UP a waterfall in order to get to its destination. Now that is fortitude!

This is a particularly important concept to grasp when one is just starting out on the path of tshuva (repentance). When we begin to make vital changes in our lives we often feel like an outsider in our once-familiar inner circle of family and friends. Ridiculed and interrogated about our new direction, it can be a challenge to advance on the path we recognize as Truth. Knowing that we are swimming against the current to preserve our way of life through Laws which HaShem decreed for us should give us strength.

One of our sons had an astonishing experience the other day which I would like to share. With G-d’s help, may it be a source of encouragement for all. During the course of the evening, our son noticed his ankle hurting him slightly but didn’t pay much attention to it. By morning, when he got out of bed, he could barely stand due to the pain from his ankle. He tried to carry on, but by midday he became concerned as the soreness would not subside. (Bear in mind, he is a soldier with a high pain threshold and rarely complains). Since there was no physical cause for the tenderness, he was trying to decipher what he was to learn from this suffering, as he understood that HaShem was sending him a message. In the meantime, he decided to fix up an old walking stick by making a ball of plastic for a handle. Seeing this special cane he created immediately brought to mind a Chassidic tale I had just read the day before (from Ascent of Safed) called “The Silver Cane”. In this story, a Chasid (follower) of the Baal HaTanya (Rabbi Shneur Zalman) used a cane and was instructed by the Rebbe to have a silver handle put on it. In the end, the handle was instrumental in saving his life. Without even informing his Rebbe what had transpired, he was told, "Now your cane no longer needs a silver head." In short, the silver handle on the cane was only needed to save his life. Although there seemed to be no explicit connection between this story and my son’s predicament other than a cane, I related it to him nonetheless.

Throughout the day my son continued to hobble around with the help of his cane until he unexpectedly told me he was actually enjoying it and didn’t mind if he always had to use the cane. I was just about to reply “chas v’shalom! Be careful what you say” when he took one more step and shouted… “Wha??”. He began jumping up and down and laughing, exclaiming in excitement that his ankle no longer hurt! He couldn’t believe it and neither could I. “Are you sure? It doesn’t hurt at all?” I asked. He answered in the affirmative. His ankle was cured!

When we are confronted with a miraculous occurrence such as this, it behooves us to attempt understanding its significance. He told me he had considered the negative effect of saying that he was in fact happy and enjoying the use of a cane since it is seemingly bad, but conceded that it was really how he felt, so why not say it?  I tried to analyze the situation by assessing that once he accepted G-d’s Will with happiness, he no longer needed to be tested. This was likely true at least in part, but my son had his own deeper take on it. He believes he was healed because he had sincerely internalized his gratitude and that he truly enjoyed what was happening. It isn’t enough to simply accept the circumstancesHaShem presents to us. We can tell ourselves that we accept the ordeals and tests that our Heavenly Father sends us, yet we may still not be pleased with them deep inside. He was genuinely embracing his difficulty with open arms, enjoying it fully, from within, for all it was worth. The moment he felt that internal sense of joy from the discomfort, he no longer required the tribulation, and the pain was removed.

I was not only relieved that my son no longer had a sore ankle, but I was ecstatic and humbled that he had come to the point where he can evaluate his life through the eyes of emuna. Even more, he was able to inspire and strengthen me, his mother. I saw this as the lesson of the salmon. I was overjoyed that my years of swimming against the current were finally paying off.  We bring lives into the world in partnership with HaShem, hoping and praying our offspring will live up to the challenge of the birthright we are passing on to them. When they return to the shallow stream into which they were born we know the circle is complete. Then G-d willing, we can swim downstream in peace.

If you have the emuna that God had already prepared the solution to your problem even before the problem came to be – then indeed you get a miraculous salvation!
Never miss new articles!

6 min
A Few Steps Ahead

New at the Breslev Israel Store! A gorgeous broket challah cover imprinted with the words "Shabbat and Yom Tov", studded in gems and embroidered in a vintage design. 42x52 c"m. Highly recommended! A beautiful gift item. An item that is sure to enhance your Shabbat table!

.A beautiful menorah for Chanukah! An elegant nickel-plated menorah in diamond-themed designs. Size: 35 c"m. Don't miss out on this specially priced item for a happy, splendor-filled Chanukah!

A gorgeous and elegant 3-branch, crystal candelabra that will add splendor and beauty to your Shabbat table. Height: 30 c"m.