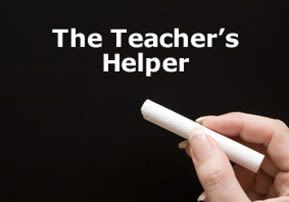 In the last episode, Rebbetzyn Sarah took her five year old son, Yisrael, to the daily morning minyan to say Kaddish for the soul of his father, Rabbi Eliezer. It happened that two men, one with a knapsack and a walking stick, began to frequent the little study room next to the synagogue; and there they studied Torah.
The men who carried a knapsack and a walking stick called the little boy to him, patted him on the head and embraced him. And as little Yisrael always came early, there was always time for the stranger to teach him Torah before the people gathered in the synagogue for the morning prayers. But the stranger with the knapsack told Yisrael not to tell anyone about the learning. It was to be their very own secret. Not even his mother was to know that they were learning Torah together.
With shining eyes little Israel promised. And indeed he kept his secret well, so that not even his mother knew.
And not to long thereafter, Rebbetzyn Sarah joined her husband Rabbi Eliezer in the next world and little Srulick was left an orphan. The local community did their best to take care of him but he was such a free spirit. For the next several years he lived with different families. They would care for him and send him to Cheder (school). But each time, after a day or two at Cheder, he would sneak away and go into the forest. There, little Srulick felt safe and happy as he communed with G-d and nature. 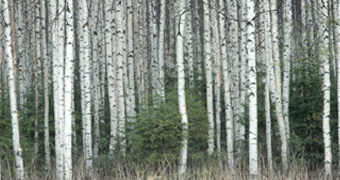 At first, the school teacher and members of the community would search for him, scold him, and return him to school. But eventually, they realized they couldn't control him. They told each other, "After all, he does seem happy and well adjusted, especially for an orphaned child, G-d forbid."
At about 10 years old, he moved to the village of Horodenka and became a teacher's helper. His job was to accompanying the young children to and from Cheder each day. At first everything went well. Srulick taught the children songs praising G-d and sang with them as they walked to and from Cheder. The songs had a powerful effect on the children and they seemed to grow happier each day.
Being that children are so beloved by G-d, their feelings of joy soon began to spread throughout the little town, which did not go unnoticed in the spiritual worlds. The angels were happy because they thought that this might be the heralding of Moshiach. But the Satan was angry because such spiritual uplifting was interfering with his work. So the Satan appeared before G-d and requested that this spiritual influx cease because it was not yet time for Moshiach to come. G-d reluctantly agreed.
So, the Satan came to the earth near the place where the boy Srulick was living. The Satan approached all manner of nature, from plants and trees to insects and animals, to help him in his task. But none were ready to frighten or attack Srulick. After all, they excalimed, "he loves each and every one of us."
But the Satan didn't give up so easily. He thought of a new plan to stop Yisrael from creating such a stir in Heaven.

To be continued.
***
Tzvi Meir Cohn attended Yeshiva Hadar Hatorah in Crown Heights, Brooklyn after completing his university studies in Engineering and Law. While studying at the Yeshiva, he discovered a deep connection to the stories and teachings of the Baal Shem Tov. His many books about the Baal Shem Tov can be found on Amazon. He can be contacted at howard@cohnpatents.com. 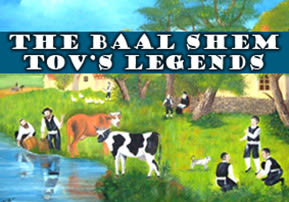 An old saying says, "If you believe all the Baal Shem stories you're a fool, and if you don't believe any of them you’re a heretic…

A special and elegant set of bags for a tallit and tefillin.   Imitation leather in a rich black color, with a beautiful embroidery decoration written according to the promise of Rabbi Nachman of Breslev: "My fire will burn until the coming of the Messiah."   The set includes a large tallit case, and another small tefillin case.  <p style="font-size: 13px; font-family: Arial, Helvetica, sans-serif; white-space: normal; word-spacing: 0px; text-transform: none; font-we

Author: Rabbi Tzvi Nakar     An inspiring anthology that strengthens emunah and bitachon!   When Rav Wosner opened his eyes he sighed and ruled, "The answer is clear. You have a strong claim against your partner. You may take him to a din Torah." I well understood the meaning of a din Torah. The case would sprout wings and take flight as the scandal of the century. Before long, we'd be the talk of the town, and everyone in the neighborhood - in shuls, kollelim, and groceries - would be gossiping and analyzing our situation. Worst of all was the personal devastation it would wreak on our personal lives and immediate family. We weren't only friends; we were mechutanim twice over. I didn't want to imagine how it could impact our couples and grandchildren.   Even in the ideal case that Heshy panicked upon receiving the summons to beis din, apologized, and returned the sum I was due, an iron wall would stand forever between us. How would we dance together at our grandchildren's chasunos? How would we sit side by side at the next bris?Suddenly, I realized that the tzaddik was still speaking. "Certainly, you may go to beis din, but you should know that Hashem repays His children tenfold in This World when they yield for the sake of peace!"     "102" - the Gematria of אמונה (emuna)

A unique product from the Artscroll Publishing House (a publishing house known for the highest quality books!) is the Kol Yosef prayer book with a translation into Russian and commentaries.   The uniqueness of the publication is its ease of use. Open the siddur -  before you is a page with Hebrew text and a page with its Russian translation in parallel. This layout will allow you to catch the connection between the languages ​​and the essence of the text, and at the same time will help in learning Hebrew.   Interesting, informative comments will help to make your prayer more focused and sincere.   Nusah Ashkenaz.   Gift Edition.   Hardcover, 890 pages