Tu B’Shvat: Man is a Tree

Trees teach us that there is an ideal season for everything, including aliya. Miss the ideal time, and you’ll have to put in a lot more effort and prayer to make it work...

This Tu B’Shvat marks almost exactly a year since we started to do our garden. When we moved in, the garden had been neglected for 10 long years, and was full of roots, building rubbish and weeds.

That we managed to do any garden at all is remarkable in itself – we had very little cash, and even less rain. But with a lot of prayer, pretty much everything we’ve planted has thrived – and all on the water from my washing up!
I’ve learned so many lessons from clearing my garden and planting things in it that are particularly relevant to people who are trying to ‘transplant’ themselves and their families, and I wanted to share some of them with the readers of Breslev Israel. This first part is about the lesson of the trees; and G-d willing, the second part will be about the lesson of the weeds.
There’s a Jewish dictum that ‘man is a tree’. Before I moved to Israel, I never really understood what that meant, but as they say, the air of Eretz Yisroel makes a person wise.
In hebrew, the word for rain is ‘GeSHeM’; and the word for materiality is very similar: ‘GaSHMiut’. Man and plant alike needs a certain amount of ‘geshem / gashmiut’ to grow and survive, but not always in the way you might think, particularly in Israel.
Before we realised just how severe last year’s drought was going to be, I had plans to recreate things I’d seen and liked in the UK; lush lawns, acers and astilbes – all plants that require a tremendous and continuous amount of water. You can still grow them here – but one serious dry spell and they’d die very quickly.
Once I realised that water – geshem / gashmiut – was far less abundant in Israel, particularly in times of drought, it made me realise that I had to choose plants that were suited to life in a hot climate. Olive trees, oleanders, lavenders, grape vines, palms.
This taught me that not every ‘lifestyle’ suits Israel. It’s very difficult to maintain the lifestyles involving big salaries / shopping trips / holidays / luxuries here, and any hint of ‘drought’ kills them off very quickly. 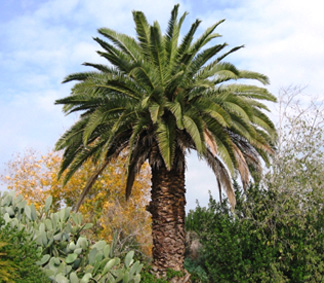 Learning about the great personalities of Tanach, we find ourselves in awe. Inspiration, though, generally only lasts when you realize that the lives, struggles, and challenges of these greats, find parallels within our own lives and our own challenges.   As you will discover in these pages, the most crucial battles that were fought for Klal Yisrael were often fought by great Jewish women. This book reveals often little-known aspects of the lives of some of the most well-known righteous women of Tanach—like Sarah, Rivkah, Rachel, Leah, Tamar, Esther, and Rus—and uses them to tell their stories anew. Then, after every chapter about these great women, readers will be introduced to a contemporary Jewish woman who walked or walks in their footsteps, and hear her story—women like Rebbetzin Miriam Salomon, Lady Amélie Jakobovits, Mrs. Gigi Weiss, Mrs. Rachely Plancey, and Mrs. Sarah Rivkah Kohn, among others.   Yes, the wisdom, compassion, and courage of the mothers and heroines of the Jewish People are present in every generation.   Written by world-renowned lecturer and author Rabbi Y. Y. Rubinstein, Truly Great Jewish Women—Then & Now is a book for every Jewish household. It is a book that will educate and encourage you, as you rediscover the women who created Klal Yisrael, and become inspired by women of our times who carry on the mission of our holy foremothers.   Hardcover   Pages: 232

How can we ensure the safety of our children? This question is at the top of our priorities, and in the complex and ever-changing wold in which we live, it is more imporant than ever that we train our children properly so they can remain safe and secure.   this picture book was designed to provide parents with a comfortable and tzanua way to teach children about a broad range of safety matters, including the need to protect thier personal privacy.   A must-have in every home. Order today!

The Treasury of Unearned Gifts – Spanish

“I Waited and Hoped” Magnet

Cute magnet - "My whole life I waited, I expected, and I got it!"   Buy it for your special someone!

Wooden Mezuzah in Tones of Brown

Our Family. Our Strength

Now back in print, this bestseller from world-renowed educators offers us Torah wisdom and time-tested lessons to help us create flourishing Jewish homes; raising young children, communicating with our teenagers, matchmaking, marriage, in-law relationships, and more.