Many of us want to change, yet we expect it to happen automatically, with no effort on our part. Life doesn't work that way. Every journey begins with a first step… 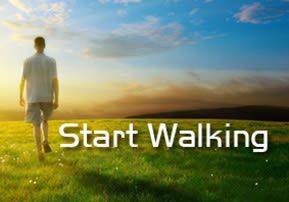 In Forest Fields, Part 14
The loving son
Imagine a loving son or daughter that thanks a parent profusely every single day for every little amenity that he or she received. Imagine that the same son or daughter always confesses wrongdoing without having to be reprimanded. If that’s not enough, the son or daughter always seeks more and more of the parent’s love. If this were your child, how in the world could you ever punish him?
We can now understand how to be Hashem’s beloved sons and daughters. All we have to do is to set aside an hour a day for prayer in solitude, whether out in the field, in the office or in the kitchen at home, and speak to Hashem – our beloved Father in Heaven – in our own words. We take stock of everything we did in the previous twenty-four hours since our last session of hitbodedut, or personal prayer in solitude. We judge ourselves on three levels – thoughts, speech, and deeds. We rectify our wrongdoings and resolve to improve. We ask Hashem to bring us closer to Him. Such a process of personal prayer frees a person from stress, worry, sadness, and all other negative emotions. Even better, when we judge ourselves, Hashem doesn’t let the Heavenly court judge us, and we save ourselves untold anguish and severe judgments.
Pay attention
One who devotes an hour a day to personal prayer is on an even higher spiritual level than a person who accepts his tribulations with joy, for the former doesn’t wait to be aroused by tribulations; he seeks to serve Hashem more and more on his own accord.
The Gemara says (tractate Berachot 7), that one measure of self-discipline is more effective than a hundred lashes. As such, the self-disciplined person saves himself limitless troubles in life.
Dear reader, stop and think about the wonderful gift that Hashem has given us by enabling us to speak to Him whenever we want to, any time day or night. We can now begin to understand what Rebbe Nachman of Breslev meant when he said that hitbodedut is more virtuous than literally anything else!
Start walking! 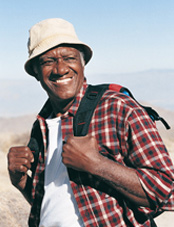 A group of friends once made a trip together. On the way to their destination, they saw someone standing with a backpack on a desert crossroads. Seven days later, on their way home, they encountered the same person with the backpack standing on the same desert crossroads in the hot sun. The group of friends asked the backpacker, "Why are you standing here?"
"I want to go to Jerusalem," responded the backpacker. "I'm waiting for a ride."
"How long have you been waiting?" they asked.
"More than a week," he answered.
They laughed. "Jerusalem's only a two-day walk from here. If you'd have started walking, you could have been there and back four times already!"
Many of us want to change, yet we expect it to happen automatically, with no effort on our part. Life doesn't work that way. An old Hebrew expression says, "Even a journey of a thousand kilometers begins with a first step."
The first step toward teshuva, self-correction, and character perfection is establishing a daily 60-minute session of personal prayer and self-evaluation. Nothing is so conducive to self-improvement as an hour a day of judging oneself, thanking Hashem, expressing hopes and aspirations, and praying for them.
A person that wants to improve, yet doesn’t set aside a daily hour of personal prayer, resembles a person that wants to go somewhere yet doesn’t take the first step in the proper direction. The only effective and practical means that we have at our disposal for improving character, overcoming lusts and bad habits, and avoiding transgression – even for correcting all of our previous reincarnations – is daily personal prayer and self evaluation.
To be continued. 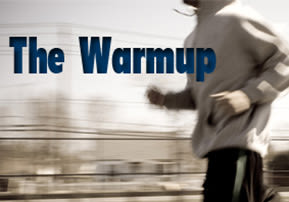 Imagine how much we’d prepare ourselves before an important sports competition. We certainly wouldn’t come onto the playing field without adequately warming up first…

3 min
The Master of Prayer’s People

Both a puzzle and a comic in one product!   Inside the box you will find the full picture of the puzzle for ease in assembling the puzzle.   The puzzle game consists of pieces that connect to each other and create an image that is a drawing or a photograph.   In assembling the puzzle, the children practice fine motor skills, problem solving, developing spatial thinking, developing cognitive abilities, memory, and discernment. In addition, the variety of colors in the puzzle picture will help develop the children's sense of sight.   Assemble the puzzle and discover a spectacular drawing with an amusing comic book story from the greatest of our sages.     Size of the puzzle: 34 * 48 cm 150 high quality laminated coated parts   Suitable Age: 3+ For one or more children

New expanded edition!   The life story of the Schach, a direct continuation of The Year of the Sword.   A great read for all ages!

Living Emunah – Achieving a life of serenity through faith

In the Living Emunah series of books.   Think about living a life of no stress. No anxiety. No fear. Is it an impossible dream, an unreachable fantasy? Or can it be achieved?   This book shows you that this is indeed possible - A must read!