Connecting to the Tzaddik – Part 1

Why connect to a tzaddik? The more one realizes how far-removed he actually is from Hashem, the more he needs the very best doctor for his aching soul…

From “The Essential Rebbe Nachman,” by Rabbi Avraham Greenbaum 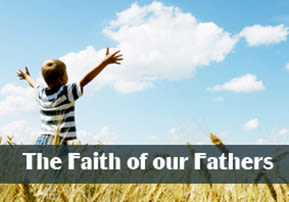 Rebbe Nachman teaches us to cast philosophy aside and pay no attention to doubts or questions: all we need is pure faith in God and the true Tzaddikim.

The Faith of our Fathers

The Secret of Challah

The Secret of Challah With proper guidance and direction you too can become a challah expert! A wealth of step-by-step instructions and colorful pictures will soon have you on your way to making beautiful and delicious challah that will bring the aroma of freshly baked challah to your home, helping to create an atmosphere that brings joy to your Shabbat table. In this in-depth book you will find tried and tested challah recipes. You will learn the art of braiding your challot in different designs.You will learn the meaning of separating challah and how it adds a dimension of holiness to your challah baking. And finally, you will understand the halacha behind this great and time-honored mitzvah which is the exclusive domain of Jewish women. A great guide! Priceless gift! Order Now! By Shira Wiener and Ayelet Yifrach

Since the beginning of human history, the root of our problems is our ingratitude. Yet there is nothing more powerful than appealing to God's blessings and to thank Hashem.   This CD will open your eyes!

"Milestone", "exciting historical document", and "amazing and rare documentation" are apt phases for these CDs   Four video CDs that show several spiritual grants from Breslev's followers of the previous generation: Rabbi Shmuel Shapiro, Z"L, Rabbi Levi Yitzchak Bender Z"L, and many others.   The years gone by made the melodies and dancing of those wonderful Breslev Chassidic pillars stand out and shine even more fiercely!   Warmly recommended!

The Garden of Emuna – Russian

The Garden of Emuna - Russian New Expanded Edition! This incredible best-seller is your ultimate practical guide to life! Discover the power of emuna and get powerful tools for dealing with life's challenges. "By way of emuna, life in this world is more beautiful, and...the entire world is like a blossoming garden." By Rabbi Shalom Arush. Paperback, 366 pages. An absoulte must-have! Order Now!