If an athlete doesn’t believe that he can win, he shouldn’t be on the team. An F-16 pilot in a $60-million jet fighter who thinks he’s a nothing is a threat to national security. 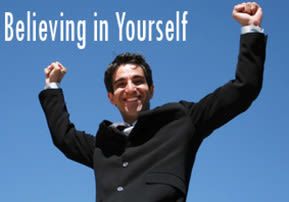 Rebbe Nachman gave a lesson on the verse, “And they did not listen to Moshe because of lack of spirit and cruel bondage (Exodus 6:9).” This lesson became Torah 86 in the second section of Likutei Moharan and states that when a person lacks emuna, he has to work doubly hard in attaining a particular goal.

Rebbe Natan writes (Rebbe Nachman’s Discourses, 140), “When the Rebbe addressed this lesson to me I was quite shocked. I always thought of myself as having faith and could not understand his implication. When I mentioned this to the Rebbe, he answered me with some impatience, ‘You may have faith, but you have no faith in yourself. Hast du in dir kein emuna nit.’”
If Rebbe Natan, a spiritual giant by any generation’s standards, had no faith in himself, then what can we say about ourselves?
Don’t despair. Rabbenu Nachman wants to drive the point home to all of his followers – from Rebbe Natan down to us and all subsequent generations – that to serve Hashem properly, we must believe in ourselves.
“All well and good,” you’re probably commenting to yourself, “but what does it mean to believe in myself?” Great question, dearest brothers and sisters.
Rabbenu Nachman wants us to believe – even more so, to feel – that we are precious in the eyes of Hashem. He wants us to believe that Hashem not only listens to our prayers, but drops everything to give His full attention to one of His beloved sons or daughters that call out to Him in hitbodedut, or personal prayer. Rabbenu wants us to believe that we can accomplish any goal with our prayers and that there are no spiritual heights that we can’t reach as long as we yearn and strive for Hashem. And especially in Elul, he wants us to believe that Hashem wipes our slates completely clean when we do teshuva – stop our errant ways, confess our sins, apologize, and resolve to do better. It’s that simple.
A baal teshuva (“BT”, or newly observant Jew) especially – or any other Jew with aspirations – needs two primary spiritual resources: Belief in Hashem, and belief in oneself. Many religious sources speak about the former, but only a select few like Rabbenu Nachman discuss the importance of the latter.
Young BT’s are frequently misled by mistaken concepts of “anava”, or modesty. Hashem doesn’t expect you to walk around telling everyone that you’re “gornisht,” a nothing; those who do so, even if they are sincerely trying to rid their lives of arrogance, end up believing that they really are nothing. That’s wrong. If an athlete doesn’t believe that he can win the game, he shouldn’t be on the team. A soldier must know his capabilities in order to effectively utilize the weapons at his disposal. An F-16 pilot must be perfectly aware that the government has entrusted a $60-million sophisticated airborne arsenal in his hands, including an array of ultra high-tech weaponry in order to get his job done. He can’t say, “I’m a weak nothing,” or else he’ll be endangering the security of his country, wasting potential, and losing the war.
Observant Judaism is also like a war. The Yetzer, or Evil Inclination, has an array of weapons and forces at his disposal, to deter and discourage a person from making Tshuva, or to break the heart of a person who’s trying to effectively become a ben- or bat-Torah. If you believe in yourself, you’ll be able to wipe the floor with the Yetzer.
We are all called sons and daughters of Hashem, not because of our physical attributes, but by virtue of our neshamot – that tiny spark of G-dliness within each one of us. In effect, each one of us is walking around with a spiritual microchip in his or her brain, far more powerful that any nuclear reactor. This spiritual microchip – our divine soul – enables us to transcend nature and to perform superhuman feats. For example, a tzaddik that never speaks Loshon Hora (evil speech) possesses tremendous power that can literally change the course of nature; that’s why people seek the blessings of a tzaddik.
No matter where you come from, you can achieve greatness if you believe in yourself. You must believe that Hashem listens to all your prayers, gets tremendous satisfaction from your Torah learning (no matter whatever level you’re currently holding), and derives untold gratification from your mitzvot. You must believe that you are capable of using all the useful lessons you learned in the outside world (athletics, military, university, etc.) and apply them to Torah. You must believe that you have the tools for unlimited spiritual growth, for influencing others, and for making significant contributions to mankind. You must believe that you are capable of being both a tzaddik and a scholar, and that your service of Hashem can and will move the earth.
I believe in you, cherished brothers and sisters – I hope that you’ll start believing in yourself. That will hasten the day when we can go up to a rebuilt Jerusalem and greet Mashiach Tzidkenu together, amen. 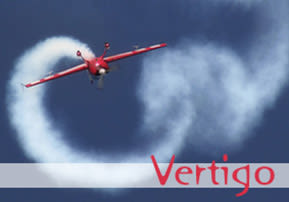 Jet pilots undergo rigid training to prevent vertigo. They learn to trust their avionics - their sophisticated flight instruments - and not to trust their own judgment.

Do you suffer from distressing thought patterns?   The OCD essence by Dr. Gila Gavrielov is here to help!   This unique essence is helpful for stopping irrational thoughts and for beating obssesive compulsive disorders.  Significantly lower your irrational thought patterns, suffering, anxiety and depression! By Dr. Gila Gavrielov, PhD in Behavioral Science and Gemology, a specialist in diagnoisis and healing with crystals.    Please note: Dr. Gila Gavrielov's tinctures are totally free of chemicals and side effects. The tinctures are based upon the frequency emitted by the Hoshen stones and are meant to help you heal naturally through an extraordinary method based on healing via fluctuating energy. The tinctures help to alleviate or eliminate unwanted behaviors, perceptions and qualities such as fearfulness, uncertainty, lack of self confidence, anger, jealousy, disturbances, imbalances, post traumatic stress disorder and more while helping you bring out your good qualities in the best way possible.   Everyone feels and reacts to the energies emitted by gemstones thanks to their crystal structure that transmits very concentrated and clear frequencies. Every stone, according to its particular mineral content, emanates its own unique and potent energy.   Price is per unit.   Certified kosher by Rav Landau shlit"a.

New at the Breslev Israel store!   A special talit and tefillin bag set embroidered with the "My Fire" slogan!   This "My Fire" set is embroidered in red and gold colors. Underneath the "My Fire" slogan is its continuation: "... will burn until the coming of the Mashiach" in gold. Underneath this is embroidered each items designation.   The bags are made out of beige, stain-resistant fabric that resembles suede.   Talit bag: 36x29 c"m.  Tefillin bag: 23x24 c"m.   Includes a translucent cover with zipper.   A very special and beautiful item! The perfect gift for a Bar Mitzvah boy and groom. Order today!   Picture is for demonstration purposes only.