The Power of Pidyon

A Heavenly edict limits curing to a certain day, a certain hour, by a certain person and by a certain medicine. Once the edict is rescinded, then any doctor or treatment can cure. 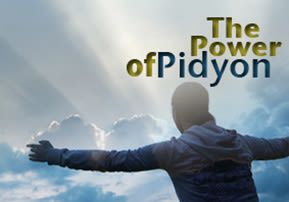 The Mishna teaches that on Rosh Hashana, the entire world comes in judgment before Hashem. The decrees that result from uncorrected sins are liable to manifest themselves in sickness. But there's hope…

The Gemara teaches (tractate Avoda Zara 55a), that "immediately before disease and suffering are cast upon a person, they are sworn to leave on a certain day, at a certain hour, by a certain person and by a certain medicinal agent." Rebbe Nachman of Breslev teaches (Likutei Moharan II:3) that all the above conditions must be met for a sick person to be cured. If so, how can a physician cure anyone? A doctor cannot possibly cure a person unless he or she is the designated Heavenly messenger with the proper cure at the proper time. Even more so, how does a sick person seek a doctor’s help if he or she doesn’t know if that particular doctor happens to be the designated messenger? As such, going to doctors is like betting on horses – maybe you’ll win and maybe you won’t.

Pidyon Nefesh: Redemption of the Soul
Nevertheless, a person can do something about the Heavenly edict that limits curing to “a certain day, at a certain hour, by a certain person and by a certain medicinal agent.” Once the edict is rescinded, then any doctor with any standard treatment can affect a cure.
There are three steps to rescinding a Heavenly edict – teshuva, asking tzaddikim to pray for the sick person, and a pidyon nefesh [1],  as Rebbe Nachman of Breslev writes (ibid.): 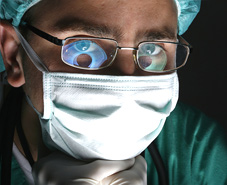 “When a person makes a pidyon severe judgments are mitigated, and the Heavenly edict is rescinded. Then, a doctor can cure by way of his medicines, for there are no longer stern judgments and a person no longer needs the specified doctor at the specified time with the specified medicine. As such, no doctor can really cure unless a person does a pidyon, for a pidyon is necessary to mitigate harsh judgments, and then the doctor receives license to cure.”
Consequently, when a person gives money to tzaddikim for a pidyon nefesh, then his efforts in seeking a doctor’s assistance will be worthwhile. Preferably, one should give the pidyon to an upright rabbi who knows the proper text of the pidyon nefesh, such as the Breslever rabbis. One should not be stingy, as Rebbe Natan writes in Likutei Tefillot, 123: “Please have mercy so the person bringing the pidyon won’t be stingy, and will give what’s required to mitigate the severe judgments.”
Pidyon nefesh is extremely effective. We have witnessed first-hand dozens of outright miracles, when a pidyon nefesh had virtually redeemed the giver’s soul, having been saved from grave danger or from severe sickness.
A sick person asked me if he should do to the doctor. I asked him why he’s running to the doctor so quickly. “Did the doctor make you sick? Hashem made you sick, so first you must ask Hashem why you’re sick, do proper soul-searching, and make teshuva accordingly.”
Medicine and medical procedures can be effective only after a person makes the proper effort to mitigate severe judgments against him or her, and to appeal to Hashem, the physician of all flesh, for a cure. Going to the doctor without prior spiritual effort shows a lack of emuna.
A doctor cannot add to or detract from a person’s allotment of longevity. Therefore, one is best advised to invest one’s efforts in seeking good health from He who grants life – Hashem!
Thank Hashem and be cured
Emuna, more than anything else, is conducive to healing. Therefore, the first thing a sick person should do is to thank Hashem for the sickness. This of course sounds extremely odd to Western ears, but in fact, nothing could be more logical. Here’s why:
Hashem made the ailing person sick for his own benefit and ultimate welfare. Awareness of this basic fact of emuna enables the sick person to thank Hashem. The person’s positive attitude makes recovery much faster and easier. Thanking Hashem for an apparent calamity such as sickness is the highest expression of emuna, since the person recognizes that even his tribulations are from Hashem and part of Hashem’s personal and magnificent Divine Providence that’s all for the best.
One of the new students in our Yeshiva suffered for years from a severe chronic illness. No doctors or treatments helped, and not even his own prayers and efforts to rectify his sins, until he heard an emuna lesson that everything is for the best and that a person should thank Hashem even for his deficiencies and hardships in life.
The same student decided to devote his entire daily hour of personal prayer to thanking Hashem. For days on end, he’d thank Hashem for making him sick and for all the accompanying pain and suffering. He pondered how Hashem certainly does everything for the best and consoled himself that his pain from the illness was atonement for his sins. He realized that Hashem, like a loving father, was personally cleansing his soul. With tears in his ears – tears of joy – the student thanked Hashem profusely and sincerely for his poor health. He didn’t even ask for a cure. Within two weeks, the illness had disappeared entirely, without the aid of treatment or medications. The chronic illness that plagued him for years was now a thing of the past, all because of thanking Hashem. Gratitude to Hashem is the apex of emuna and conducive to good health. The opposite is also true, for a lack of emuna is often a root cause of disease. The strengthening of emuna therefore contributes to good health.
In reality, a person does not suffer unless his or her emuna is taken away. As long as a person clings to the belief that everything Hashem does is for the very best, he or she doesn’t feel any tribulations. Therefore, by reinforcing our emuna that everything Hashem does is for our ultimate good and we thank Him for it, we mitigate severe judgments. A sick person should consequently pray to Hashem for emuna that everything is for the best and that he’ll be able to sincerely thank Hashem for everything. Once he starts thanking Hashem, life makes a dramatic turn for the better.
Click on the link below to arrange a pidyon nefesh by Rabbi Shalom Arush:
https://www.breslev.co.il/donation.aspx?linknumber=2&sid=1&language=english
[1] Pidyon nefesh literally means “redemption of the soul.” In effect it is a sum of money equivalent to the numerical value of a person’s name that serves to mitigate severe judgments against that person. For example, if the sick person’s name is “Ari”, spelled in Hebrew aleph-resh-yud, then the numerical equivalent would be 211 (aleph=1+resh=200+yud=10). Spiritually, $211 would be the proper “pidyon” or redemption for Ari. He would give this money to a tzaddik that knows how to do a pidyon properly, and the tzaddik would use this money for charity.

Incredible story illustating Gam Zu L'tova in a new way! This is really a VERY powerful lesson - there is a line from Likutei Tefillos which I tend to cling on to on yesurim, which asks Hashem to relax one's yissurim even though they are only a fraction of what we deserve. However trying to recognise the unfathomable benefit and chesed of the yissurim, as described, would appear to help to mitigate them by building a higher level of emuna!

This is really a VERY powerful lesson - there is a line from Likutei Tefillos which I tend to cling on to on yesurim, which asks Hashem to relax one's yissurim even though they are only a fraction of what we deserve. However trying to recognise the unfathomable benefit and chesed of the yissurim, as described, would appear to help to mitigate them by building a higher level of emuna! 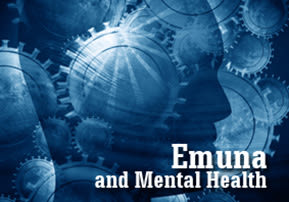 If a person is born healthy, but at a later age succumbs to fear, anxiety, depression, or any other mental or emotional difficulties, the root of the problem is a blemished emuna.

4 min
A License to Heal

New!   The powerful and tested segulah for having children!   The sefer, the stories, the segulah   With selections from Sefer Zera Shimshon, the classic sefer by the 18th century Rav, Rabbi Shimshon Chaim Nachmani   Hardcover, 608 pages   A must have for chldless couples!

This volume offers encouragement and strength, demonstrating that "despair does not exist". Based on Rebbe Nachman's teachings. By Israel Isaac Besancon. Hardcover, 176 pages 4.5" x 6.5"