The “baal teshuva” turned out to be a lazy slouch that neither learned Torah nor prayed. His wife cried bitterly that she could stomach such a man no longer… 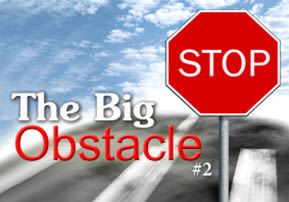 Translated by Rabbi Lazer Brody
One Sided Teshuva, Part 2
The Truth Comes to Light
The young man began pray fervently and at length for a divorce from his wife and for finding a new wife to his taste. He trekked to graves of righteous men to pray for this. And, as the Gemara says, “In the way that a man wants to go, he is led.” Hashem definitely did not want this divorce to take place, but didn’t tamper with the young man’s free will. After a few months he came to me joyously to announce that that he was divorced and had come to invite me to his wedding.
“Dear Rabbi,” he said emotionally, “You won’t believe what a righteous wife I have found. Her only wish is that I should learn Torah and get stronger in serving Hashem. She has a good income and her own apartment. Hashem has given me a perfect wife, exactly as I wanted, and from now on I can progress in serving Hashem as I should. You see, dear Rabbi, I did a good thing by getting divorced.”
Two years passed from the wedding when his new wife knocked on my door. As soon as she walked in, she burst into tears, “Dear Rabbi, I can’t live with this man any longer. I’m so sorry.”
“What’s happened?” I asked.
She told me, “Dear Rabbi, you know me and know that my only wish is that my husband be a servant of Hashem, and that he should truly spend day and night in serving Him. I am prepared to support him and give my all for this. But this husband, Hashem should forgive me, he’s simply a slouch. He doesn’t get up for prayers. He wakes up late and mopes around aimlessly. He doesn’t learn anything, doesn’t do hitbodedut, doesn’t go to graves of the righteous – this is not what I wanted.”
“This is not new,” the young wife sobbed. “After the wedding I realized that he was not what I thought, but I didn’t say anything. I tried to accept with emuna that this must be my correction, to work on my character traits, to judge him favorably, to restrain myself, and to pray for him.”
“For two years I have suffered so much. I’ve tried everything – to encourage him, to shout at him, to threaten him that if he doesn’t start to move, to go to pray, to learn, that I will divorce him. Occasionally, he promises that he’ll change, but he never keeps them. I’ve already spoken with him many times about divorce, and now I simply can’t bear life with him anymore. I have to get divorced from him.”
I wanted to give this student one more chance, even though I saw that there was almost no hope of saving this relationship. I asked his wife to wait a bit longer before making her final decision, and told her to send her husband to me for instruction.
He came and I explained the situation to him, that if he didn’t want to lose this wife as well he had to accept upon himself some resolutions, and I gave him a few instructions and plans of action. But he didn’t do anything. This continued for a short while longer until his wife came back to me and told me that she wanted an immediate divorce. She could stomach no more of him.
A Great Gulf
At this point, I agreed with her. There was no need for her to continue suffering. She was a mature lady who had been serving Hashem for many years. She was actually a very righteous lady who didn’t need a husband to inspire her or help her grow.
Before she married him, she had had a very full and interesting life. She had worked in outreach and had many ongoing projects. The only reason she had for getting married was to support a husband in his service of Hashem. Otherwise, she had no reason of exchanging her many activities for the yoke of running a home, cooking, cleaning, and so on. If her husband didn’t serve Hashem, she had no reason to serve him.
A few weeks later they were divorced.
The entire episode became clear as daylight. That student had never been a true servant of Hashem. He therefore couldn’t influence and inspire his first wife. The obstacles that he had faced in his first marriage were all for his good, to help him make real growth and attain true closeness to Hashem. Had he stayed with his first wife and accepted the challenges, then he would have progressed in serving Hashem step by step. His progress may have been slow, but it would have been true and sincere, commensurate with the spiritual vessels that he had, and he would have succeeded in life.
The young man failed to accept his situation with emuna. Instead he rebelled against his good wife and children and married a woman who was far above his level. He had no obstacles at all from her in serving Hashem. On the contrary, compared to her, he needed inspiring.
To be continued. 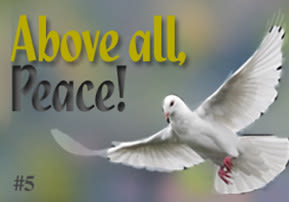 The Wings of the Sun

The Wings of the Sun A clear comprehensive study of the present day application of the healing teachings in the Bible, Talmud, Kabbalah, and writings of Rebbe Nachman. A must for doctors, therapists, students of healing and all who wish to explore and understand the original sources of the Torah healing tradition.   Healing in the Bible Kabbalah view of the human body Healing the soul The ten pulse patterns and ten kinds of song Prayer, meditation, and other healing pathways Care of the body Recovery and Rehabilitation By Rabbi Avraham Greenbaum. Hardcover, 500 pages.

Reva LeSheva'a album Etz Chaim He - A Tree of Life is the Torah. 16 songs.

A crystal menorah designed with special trapezoidal, Jerusalem style building blocks. Special and festive! An item that will enhance your Chanukah lighting experience!

New at the Breslev Israel store!   A mezuzah designed for the car made of nickel and Perspex, nicely designed with "Shadai" engraved at its center. Adhesive strip included. 6 c"m.   A special and unique item. Nice gift item!