The Zohar on Tikkun HaBrit – Part 2

The holy teachings of the Zohar, where we learn what Rebbe Shimon Bar Yochai and his disciples say about Shmirat HaBrit, the major... 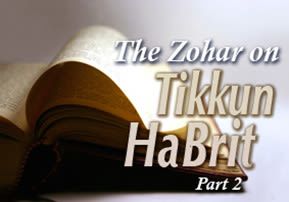 Since the act of spilling semen in vain defiles both man and the earth, the spiritual blemishes it causes can only be rectified through a great t’shuva. (Zohar, Bereshit 61b)
Rabbi Yitzhak was in the presence of Rabbi Shimon. He asked him: Regarding the verse, “And the earth was corrupt before G-d,” (Bereshit, 5:11,) if men transgressed, why should the earth be called corrupt?

Rabbi Shimon answered him, Because it is written, “For all flesh has corrupted its way.” In a similar fashion, it is written, “And the land was defiled, therefore do I punish its iniquity upon it,” (Vayikra, 18:25.)  If mankind sinned, why is the earth to blame? The reason is that mankind is the essence of the earth. When they pollute their way in the world, the earth becomes defiled. This is proven by the verse, “And G-d saw the earth, and behold it was corrupt, for all flesh had corrupted their way upon the earth.”
Come and see, all sins of man, and all of his acts of defilement, can be rectified through t’shuva (repentance.) But the sin of spilling one’s seed on the earth, which defiles the man and casts semen onto the earth, defiles both him and the earth. Of such a man it is written, “The stain of thy iniquity is before me,” (Yirmeyahu, 2:22.) It also says, “For Thou art not a G-d that hath pleasure in wickedness, nor shall evil (ra) dwell with Thee,” (Tehillim, 5:5,) except through a great t’shuva. On this it is written, “And Er, Yehuda’s firstborn, was evil (ra) in the sight of the L-rd, and the L-rd slew him,” (Bereshit 38:7.)

Rabbi Yitzhak asked, Why did the Holy One, Blessed Be He judge the world with water, and not with fire or something else? Rabbi Shimon answered: This is a secret. Through their sin of corrupting their ways, they prevented the upper waters and the lower waters from uniting as they should. Since in corrupting their ways (spilling semen in vain) they did not allow male and female waters to join, thus they were punished with water, for the transgression of wasting their water.

Furthermore, the waters were boiling and caused their skin to peel off, just as they had corrupted their ways by spilling their hot semen – measure for measure.
As long as the Jewish People guard their sexual purity, embodied by the Brit, there is no enemy that can harm them. (Zohar, Bereshit 66b)
“And I will establish My Brit with thee,” (Bereshit, 17:21) that you shall be the sign of the Brit in the world. After that, “And thou shall come into the ark.” For if he had not been a tzaddik (a guardian of the Brit) he could not have entered the ark, for only the tzaddik can unite with the ark. Therefore it is written, “And thou shall come into the ark,” as has been explained.
Rabbi Elazar said, As long as men remain attached to this Brit and do not loosen their hold of it (do not blemish it with sexual sins,) there is no nation nor language in the world that can do them harm. Noach clung to Brit and guarded it, therefore the Holy One Blessed Be He safeguarded him. But all of his contemporaries did not guard the Brit, and because of this, the Holy One Blessed Be He removed them from the world.  As has been stated, in exactly the same way that they sinned, they were blotted out from the world.
Once again, the Zohar emphasizes that by safeguarding the holiness of the Brit, a man is protected, not only in this world, but also in the next. (Zohar, Bereshit 94a)
Another began his exposition by referring to the verse, “Unless the
L-rd had been my help, my soul would have soon dwelt in (Duma) silence, (Tehillim, 94:17.) We have learned: what is the special merit of Israel that they do not go down to Gehinom, and are not delivered into the hands of Duma (the angel in charge of Gehinom) like the idol worshipping nations?  The reason is that they are distinguished by the sign of the Brit.

For we have learned that when a man leaves this world, bands of destroying angels, wielders of fiery judgment, gather to claim him. But when they examine him and see that he bears the sign of the holy Brit upon him, they flee from him, and he is not delivered into the hands of Duma, to be cast down into Gehinom, for whomever falls into his hands is condemned to punishment there. Both upper and lower (angels) are afraid of this sign, and no evil decrees have dominance over a man if he has succeeded in safeguarding this sign, because he is attached to the Name of the Holy One, Blessed Be He.
The sefirah of Yesod, associated with the organ of the Brit, is the spiritual channel connecting an individual to G-d. Through the channel of Yesod come Divine Inspiration (ruach hakodesh,) and perception of G-d. Thus a proper Brit Milah, and guarding the laws of sexual purity, are the keys to a Jew’s attachment to G-d. (Bereshit 94a)

Another explained the verse: “And from my flesh, I shall see G-d,” (Iyov, 19:26.)  What is the meaning of “And from my flesh?” It would be more proper to say, “from my inner essence.” However,   “my flesh” is to be understood literally (as being the place of the Brit,) as in the verse, “and the holy flesh is removed from thee,”  (Yirmeyahu, 11:15,) and also, “and my Brit shall be in your flesh,” (Bereshit, 17:13.)
For thus we have learned: Whenever a man is stamped with the holy impress of this sign, through it literally he will attain his awareness of G-d, because the holy soul is attached to this place (in the parallel spiritual world of the Yesod.)

But if he does not merit this, because he did not guard this sign, then of him it is written, “They lose the soul of G-d,” (Iyov, 4:9,) for he did not properly guard the impress of G-d. If, however, he guards it, then the Shechinah does not part from him….

When is the Shechinah established with him? When he is married, then the sign enters into its intended place….The holy soul is attached to this place, and everything depends on this sign. Thus it is written, “And from my flesh, I shall see G-d.” This is the perfection of everything, literally from “my flesh,” from this very sign. Therefore, how fortunate are the holy Jewish People who are attached to the Holy One, Blessed Be He; fortunate are they in this world and fortunate in the world to come. Regarding them it is written:  “But you who cleave to the L-rd your G-d, are alive every one of you this day,” (Devarim, 4:4.)

Having relations with a gentile woman not only defiles a Jew and his offspring, it is like bowing down to a false god.  (Zohar, Bereshit 131b)
Whoever cleaves to a woman of any of the gentile nations becomes defiled. The child born from such an attachment receives a defiled spirit. It may be asked, if the child is from a Jewish father, why should he receive a defiled spirit? Behold, at the very start, his father polluted himself when he attached himself to that impure woman.  Since the father become impure from this impure woman, all the more so, the child born from her will receive an impure spirit. Not only this, but he transgresses the Torah, as is written, “For thou shall not bow down to another god; for the L-rd, whose Name is Zealous, is a zealous G-d…” (Shemot, 34:14.) He is zealous over the holy Brit.
To be continued
(Secret of the Brit is reprinted with kind permission of JewishSexuality.com. Tzvi Fishman was awarded the Israel Ministry of Education Prize for Creativity and Jewish Culture. His books on Judaism and Jewish themes include: "Tuvia in the Promised Land," "Days of Mashiach," "The Kuzari For Young Readers," and four books on the teachings of Rabbi Kook, "Torat Eretz Yisrael," "War and Peace," "The Art of T'shuva," and "Lights on Orot," co-written with Rabbi David Samson)

A question on this article.   1, When the Zohar says whom cling to his Brit Mila and guards it, is it someone whom has Never ever broke it before marriage and even during marriage, Or will it consider those whom broke it though have done not only teshuva but also the Tikun (Bereshit taman). This question is based on (once something is broke it will never go back to its original state) as the hilchot Teshuva states, Teshuva done correctly will be AS IF it never happened. Comparing a brand new porcelain to a brand new porcelain with a chip in it which has more value?   2, In berich shemay, we ask for male sons, so to have sons that Trully worship HaShem or HaShem finds delight in their mitvot and so on, so is the Zohar also referring to them specifically?   3, The walking dead- there are people (orthodox as well) whom Learn tora, pray and so on. Though they are considered dead in the eyes of HaShem, and also people whom don’t naturally have a yetzer with his Brit for any reason- does this count him as well.   Best regards 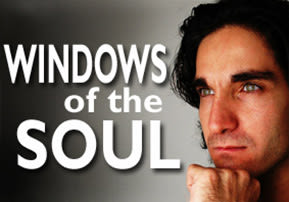 Because of the promiscuity and immodesty that pervade modern life and Western culture, we have become desensitized to lewdness , as if this is the natural...

Windows of the Soul

3 min
Yesod: The Channel of Blessing

3 min
The Coalition of Gog

Special voices, special stories, in a very special book. Everyone who knew him was mesmerized by Saadya Ehrenpreis a”h, the young man with Down Syndrome who confounded all the experts. He would be totally dependent for every basic need, the doctors predicted; he had little or no chance of ever communicating. Yet Saadya developed into a man who could read in Hebrew and English, traveled by himself to learn in Eretz Yisrael, and attended the Makor College Experience program at Yeshiva University. After his untimely passing from COVID-19, his mother, Ahava Ehrenpreis, a talented author, chose to memorialize his life through filling a pressing need — providing a book that would serve as both a resource and an inspiration to parents, relatives, friends, and professionals dealing with children and adults who have special needs. More: To compile a book for everyone who believes that every person is special and should be treated with understanding, compassion, acceptance, and respect. More Than Special is that book — a book for those who want to deepen and expand their own ahavas Yisrael. And doesn’t that mean all of us? More Than Special includes: - The voices — authentic, honest, and heroic — of parents who give us a greater understanding of the challenges — and miracles — of raising special needs children - Advice from social workers and experts in the field of special education on how to create opportunities for individuals with special needs - Guidance in legal and financial safeguards for special-needs children and adults - Rabbanim discussing halachic and hashkafic issues of the special-needs population, including poignant and heartfelt words of chizuk from Rav Moshe Shapiro and the Pnei Menachem   Hardcover Pages: 358