Rabbi Nachman said that great heresy will spread throughout the world. Fortunate is the person who will strengthen himself with faith in those times... 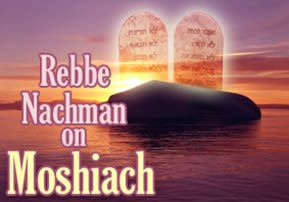 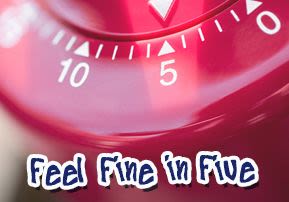 Rebbe Nachman teaches us to separate life into two types of situations: when things go our way and when things don't go our way. Sure, this sounds super simplistic, but…

Pathway to Prayer - A Guide to Rosh Hashanah and Yom Kippur Prayers Rabbi Meir Birnbaum is a scholar of tefillah and mashgiach of a major yeshivah. In this splendidly useful phrase-by-phrase work, he combines his scholarship and experience to shed light on the prayers that matter enormously to most people: the Shemoneh Esrai prayers of Rosh Hashanah and Yom Kippur. Rabbi Birnbaum combs the major commentators and adds his own knowledge and sensitivity to produce a volume that belongs alongside every machzor. It is slim, but packed with information, inspiration, background — and the ideas and intent that every serious Jew wants to pour into his Yamim Noraim prayers. It is rare indeed to find an English-language volume that offers such a combination of clarity and depth, authoritatively presented in a down to earth manner. Rabbi Birnbaum is both a thinker and a teacher, and both those qualities are beautifully displayed in this work. Not only does he offer invaluable ideas, he is practiced in presenting them. There is nothing patronizing or condescending in this book; it reads like a good friend baring his own soul, and in the process we are swept along to join him in present our most heartfelt entreaties to Our Father Our King, on the days when He longs for us to approach Him.

Rav Meir Shapiro – A Blaze in the Darkening Gloom

Rav Shapiro lived among his people before, during, and after the First World War, through decades of terror, suffering, and grinding poverty.   He became inspired to establish the daf yomi ("daily leaf") - a program of studying the entire Talmud once in seven years, by covering one leaf (two sides of a page) every day. He built and headed his great fortress of Torah, Teshivas Chachmey Lublin.   This book contains a wealth of detail from a previously unknown source of Jewish history - a mosaic of incidents and events that builds an unforgettable portrate.   Here is the man who became a legend in his lifetime - a legend that has not diminished or faded with the years.

New at the Breslev Israel store!   A red kabbalah bracelet with a beaded silver hamsa. Nadine Jewelry.   A special gift item! Treat yourself and your loved ones!

New and Unique! A special glass Matzah tray. This very special matzah tray is made of transparent glass. At its center, on a light blue backdrop is inscribed the word "matzah" surrounded in blue designs. The tray's rim is surrounded by a blue stripe. A gorgeous item for your seder table! Now specially priced!