A personal, emergency letter from Rabbi Arush to YOU. Please read it NOW! 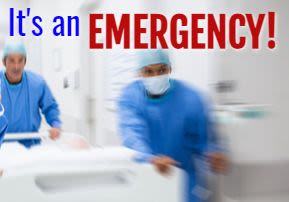 This is not an article. This is a letter from the bottom of my heart.

We received the first kick in the face on Lag B’Omer, with the tragedy in Meron which claimed 45 lives, including children. Right at the height of the celebration, we were suddenly thrown into the depths of mourning.

Then only a couple weeks later, we received a second kick in the face when the bleachers collapsed at the inauguration of the new Karlin-Stolin synagogue, again at the height of the celebration only shortly before the holiday of Shavuot started, killing 3 and seriously injuring many more.

And now, we received a third kick in the face – Champlain South Towers collapsed in North Miami Beach. As of the time of this writing, 12 are confirmed dead and 149 are missing. With the one-week deadline of having the most hope of finding someone still alive only hours away, the dread is beginning to sink in that the final death toll might just be one of the worst tragedies the United States has faced to date.

I have been saying since the first kick that the situation is very, very serious. Oy va voy, what will be if we don’t wake up to the message that the Creator of the World is urgently sending our way?

AND NOW WE HAVE RECEIVED 3 KICKS! 3 WARNINGS! 3 DISASTERS!

Someone who receives 3 kicks in the face and does not wake up is not sleeping – he’s dead.

And I am telling you flat out – THERE IS NO MORE TIME!

Just this week I unfortunately witnessed a few instances of truly terrible, extreme  sinat  chinam, baseless hatred. Sadly, I’ve been seeing a lot of that lately. And it’s a huge problem.

I mentioned in my previous article The Only Solution that there is absolutely no hope for the Redemption with mercy as long as the reason for this long and painful exile – sinat chinam – is not addressed with ahavat chinam – baseless love, which is truly loving each other, truly wanting only good for the other, and properly keeping the many commandments bein adam l’chavero, between man and fellow man.

The reality of our generation is that the level of hatred in the world has never been higher. Hatred has been spurred on by the incessant evil speech, slander and worse that is all over social media, which is compounded by the speed and ease at which it spreads. Even worse is the terrible arguments and fighting that is now commonplace on every level – from the worst overall level of (non) marital harmony in the history of the world, to fighting within families, to terrible arguments and hatred between different types of Jews, to mass shootings which have sadly become an almost common occurrence in the US, and now a level of global anti-Semitism and outright attacks on Jews in broad daylight that has not been seen since the Holocaust. The world is simply drowning in hatred!

The worst of all of it is the fighting, arguments, slander and hatred against the  tzaddikim,  the  righteous sages of the generation. They only want to shower us with good, they pray for  us, they suffer for us, they sacrifice their lives and their time to help us – and we repay their good with evil?! There is literally nothing worse!

However, there really is something that you can – and must! – do about it.

Do not just roll over and go back to sleep. I warned you then that we cannot just go back to routine. And shortly after that, came what is shaping up to be the worst disaster of them all yet in Miami. There is no more time to hit the snooze button – it’s already been 3 alarms! Do not wait for number 4, G-d forbid, G-d should save us all, to throw you out of bed altogether!

We must fight this tsunami of hatred with love. We must turn over these strict judgements in Heaven that are directly caused by our hatred for each other, with love for each other.

When you pray that the Jewish people should love each other with self-sacrifice as I have been teaching in this series for a full half an hour a day, then you pour down love onto the Jewish people and the entire world, in the place of hatred.

Truly, this is the greatest gift the world has ever received, from the creation of the world until today – thirty minutes a day to pray that everyone should love each other!

For simple bullet points on exactly what to pray for, read: Love Comes First.

You Don’t Have Time to Save Your Life?!

Don’t tell me you don’t have time and you can’t manage it. Love must come first! This thirty minutes comes before EVERYTHING! Even before all of your service of Hashem, before everything else in your life – this thirty minutes is your top priority!!! If you’re truly overwhelmed, like a mother of small children, then take on 15 minutes a day – but this is the absolute minimum, and it takes top priority!

You simply must join me – TODAY. It is an emergency!

We are now inside the Three Weeks, which is called “between the narrow straights.” This is a time of tragedies, judgments and difficulties. This year, we come into this frightening time period when Hashem is already angry, when we have already been kicked so hard 3 times. There is no more time to wait! Who knows what will come next, G-d forbid…

What I can tell you is this: The judgements are very severe but by taking upon yourself to pray every day with self-sacrifice – whatever it takes! – you are literally sparing the world from terrible judgments and tragedies. You are saving lives! Who knows if you might just be saving your own life… and this is besides the beautiful fruits of your labors that you will surely see quickly, as Hashem showers you with love!

I want your name on the list! And for each and every name that I receive, I will pray for them!

If you have decided to join Rabbi Arush in praying for the Jewish people for half an hour every day, you can send your name (name and your mother’s name format) to Eli Goldsmith and he will forward your name to Rabbi Arush to pray for you. Reach him at:  eli.goldsmith@breslev.co.il.

Listen to Rabbi Arush speak about this campaign and how to pray for the Jewish people.

Instead of focusing on whom to hate (even if permitted), why not focus on praying that those folks do teshuvah so that the question becomes irrelevant?   Commit to 30 minutes of prayer for all of Am Yisrael to do teshuva, especially in the area of man-and-his-fellow. Send your name and mother's name to eli.goldsmith@breslev.co.il and he'll forward it to Rabbi Arush.

Your question is one that many people ask.   In Rabbi Arush's Q&A in English with Moshe Gersht, Harav was asked to comment about many people's belief that there is "justified hatred" - a permitted reason to hate someone.   I think this is what you're asking...is there justification to hate those who publicly flaunt Torah values and laws? I recommend that you listen to Harav's answer.

The Human Soul is a tiny part of HaShem, so at the level of your Soul, you are perfect. He loves EVERY Creature He makes, but what humans call love is really affection based on Egoistic approval. It is at this level that the Soul "corrections" must take place. The Ego is not a real thing, but we identify with concepts we believe to be actualities. Don’t try to “become” perfect, but LET the perfection BE, and love all. There are no evil people, only evil actions.

We want to find meaning and purpose in life even though we live in a tattered society. How can we not be overcome with anxiety and sadness?

The Best Anti-Depressant Ever!

5 min
Beyond Breakfast, Lunch, and Dinner

New! A round tzedakah box! A round, tin tzedakah box in silver color, decorated with Jerusalem-themed designs in black. Includes a lock and a pair of keys. This tzedakah box can be used for giving tzedakah before lighting the Shabbat and Yom Tov candles, can be given as a gift or placed in a kindergarten. Great price! Order Now!

New at the Breslev Israel store!   A special oil candle in a jar to light for the uplifting of the soul of Rebbe Yisrael Dov Odesser zt"l. Burns for about 15 hours.   Order today!

A beautifully decorated and illustrated Megillat Esther including the blessings for the megilla reading. Packaged in a plexiglas container with gold colored cover, this is both a beautiful and handy item for the holiday of Purim.

Decorative Havdalah candle in the shape of a Jerusalem pillar.   The candle stands on its own. In blue and white colors.   Hand-crafted!   Height: 24 cm.