Tzedakah – Breslov The Way It Is

Rebbe Nachman stated that giving tzedakah brings a spirit of peace and love into the world in abundant measure Rebbe Nachman also taught... 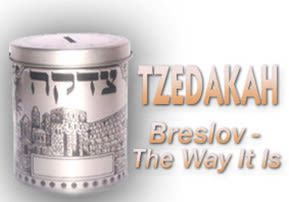 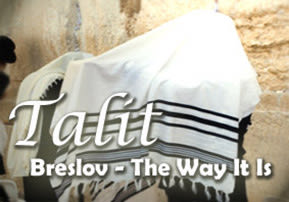 Rabbi Elazar Kenig first holds the talit slightly over his head in preparation to wrap himself in it; he recites the berakhah; covers his upper body and head to the level of...

Talit – Breslov The Way It Is

5 min
Tefillin – Breslov The Way It Is Part 2

Day by Day, A Daily Dose of Rebbe Nachman – TEVET

Rebbe Nachman dispensed practical advice to all people in all situations, showing us how to find the greatenss in ourselves and come closer to God. The Rebbe's prescriptions for physical, spiritual and emotional well-being deserve constant review. If only there was enough time in the day to study every single one of the Rebbe's works!   Now there is!   Day by Day lets you review ten major Breslov books each day in the form of short, interesting excerpts. The Rebbe's profound insights and personal inspiration will color the rest of your day, helping you meet each new challenge with confidence.   Softcover, 310 pages. The Breslov Research Institute.

New at the Breslev Israel store!   This exclusive yahrzeit candle plugs into the wall and burns 24/7. Made out of fire-proof material, goes out on its own. 5x7 c"m.   Perpetuate the memory of your loved ones with this yahrzeit candle!

Hashem is One, Avishai Eshel

New!   Avishai Eshel's new CD - Hashem is one. 18 tracks that will sweep you away with their joy and excitement.   Order today!